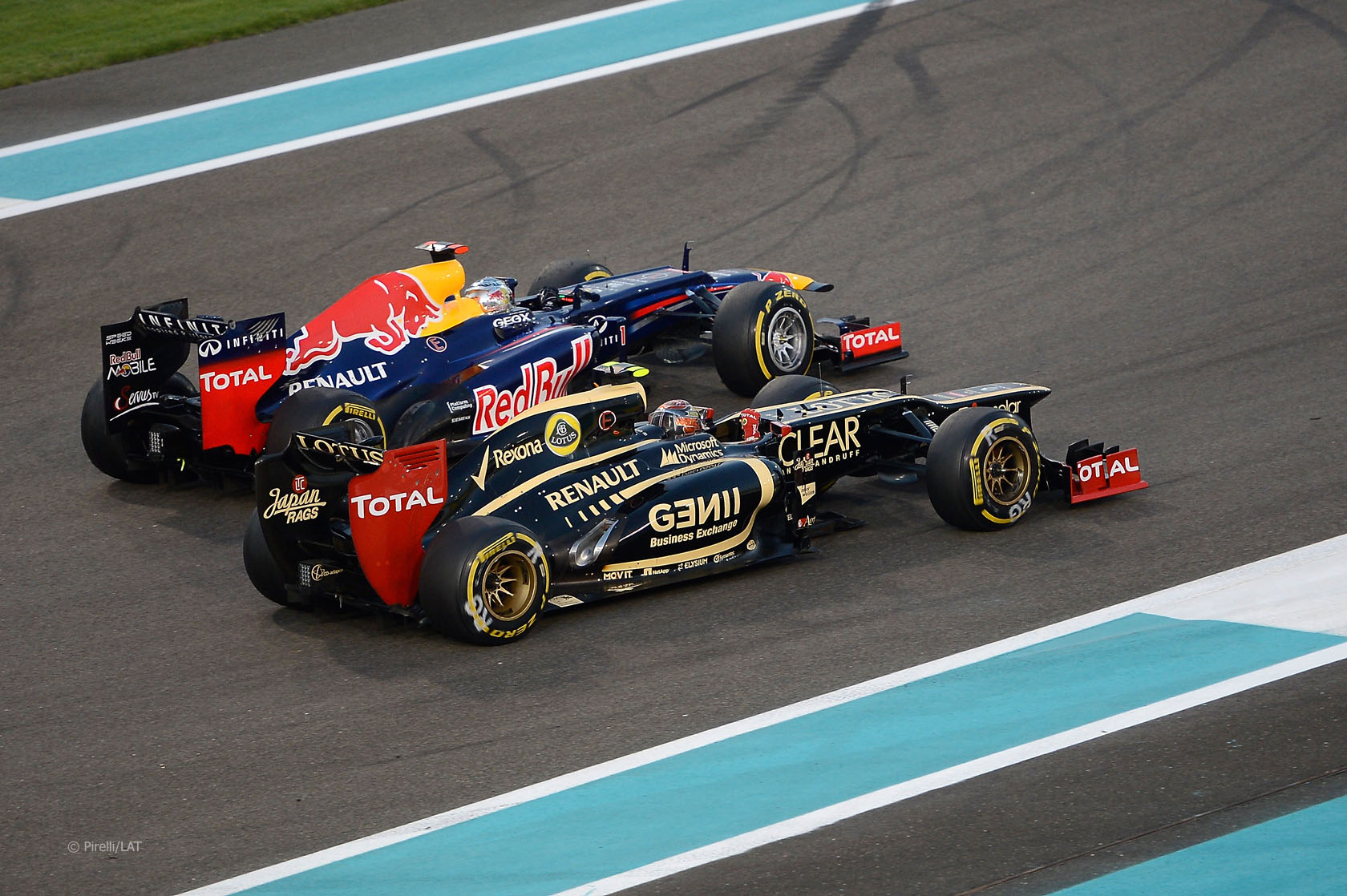 Sebastian Vettel avoided a penalty during the Abu Dhabi Grand Prix by allowing Romain Grosjean to re-pass him after going off the track.

There has already been much debate on how fortunate Vettel was to finish on the podium, behind title rival Alonso, having started in the pits.

It’s worth noting that both drivers benefited from events outside their control. It’s likely neither would have finished on the podium had it not been for Lewis Hamilton’s retirement with a fuel pressure problem and Pastor Maldonado’s KERS failure during the first safety car period. As the chart above shows Vettel made a string of passes during his ascent through the field including three on lap 16 alone. However the third of these, on Romain Grosjean, was completed with all four of his wheels off the track at turn ten.

Vettel was stung by this in Germany when he passed Jenson Button with all four wheels off the track and received a penalty after the race which dropped him from second to fifth.

Red Bull were not about to get in trouble a second time and race engineer Guillaume Rocquelin was quick to tell Vettel to “give position back to Grosjean now”.

He complied before the lap was over, then re-passed Grosjean on the very next lap, this time for good. This was a vital move for Vettel on a car which was quick enough to win the race, which was also on soft tyres that were little older than his.

As noted in the pre-race analysis, if you’re a driver in a quick car starting at the back of the field a safety car deployment is what you want.

That was the case for Vettel in Abu Dhabi just as it was for Schumacher in Belgium last year and Alonso in Monaco the year before.

In Vettel’s case the two safety car periods fell very nicely, saving him around 12 and 26 seconds respectively. Without the second safety car period it’s extremely unlikely he would have finished on the podium – he was set for fourth place without it.

Had he been able to get past Button more quickly in the final stint, the race could have ended with a three-way battle for the lead between him, Kimi Raikkonen and Fernando Alonso.