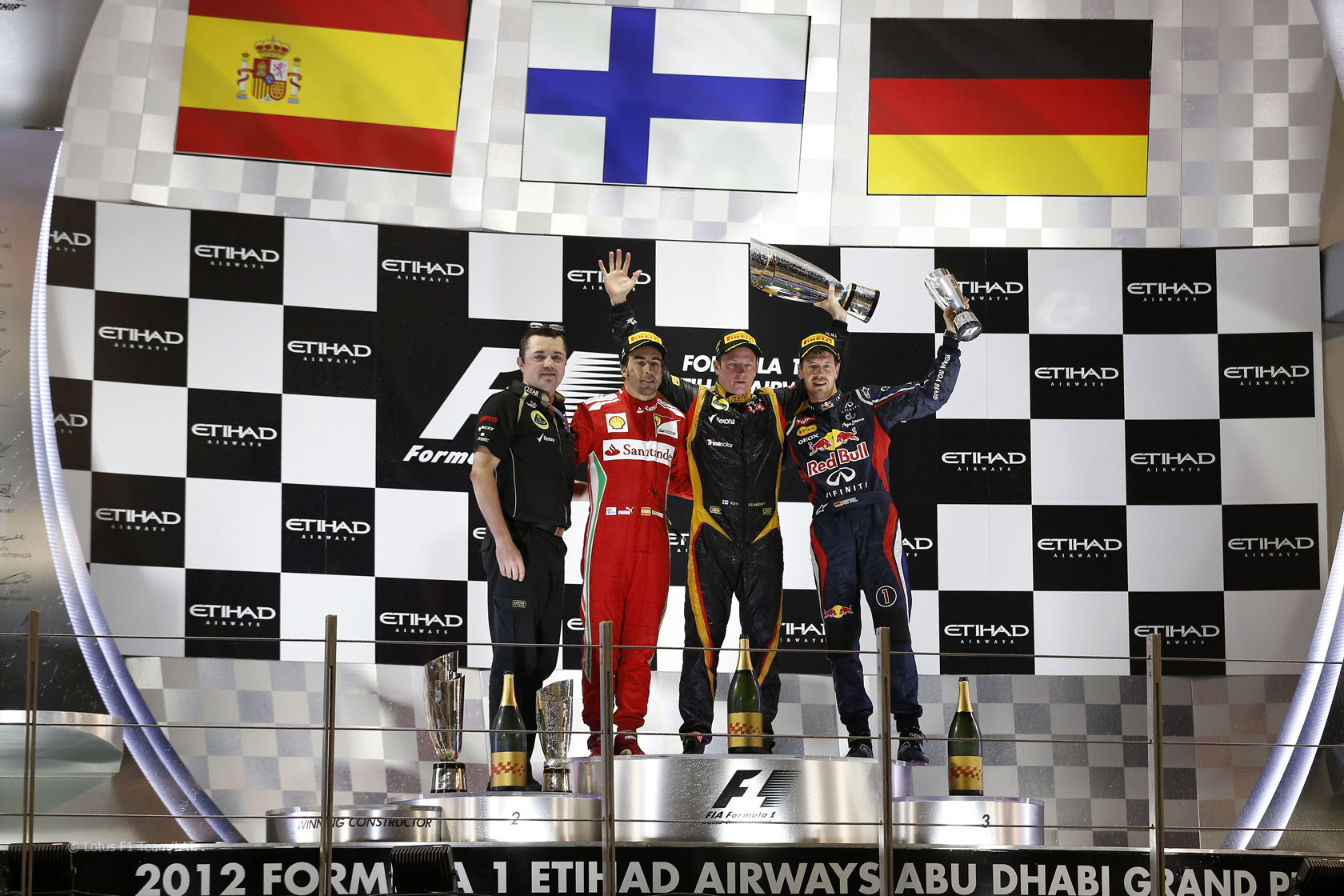 @DaveF1 came out on top in the Abu Dhabi round of the Predictions Championship.

He scored 21 points and won on a tie-breaker with three other players. Dave wins an Autocourse eBook from the classic 1976 F1 season.

The runner-up prizes went to @Billbranch, who wins a Grand Prix Heroes DVD, and @Jagolevert, who claims an F1 poster from PJ Tierney.

Commiserations to @CarsVsChildren, who also scored 21 points but whose pole position time prediction was just a hundredth of a second away from winning a prize.

With just two rounds left, Paul Lovell (@Carpy3) remains in the lead of the points standings ahead of @OEL-F1 and @Zantex.

10 comments on “Predictions Championship round win for DaveF1”