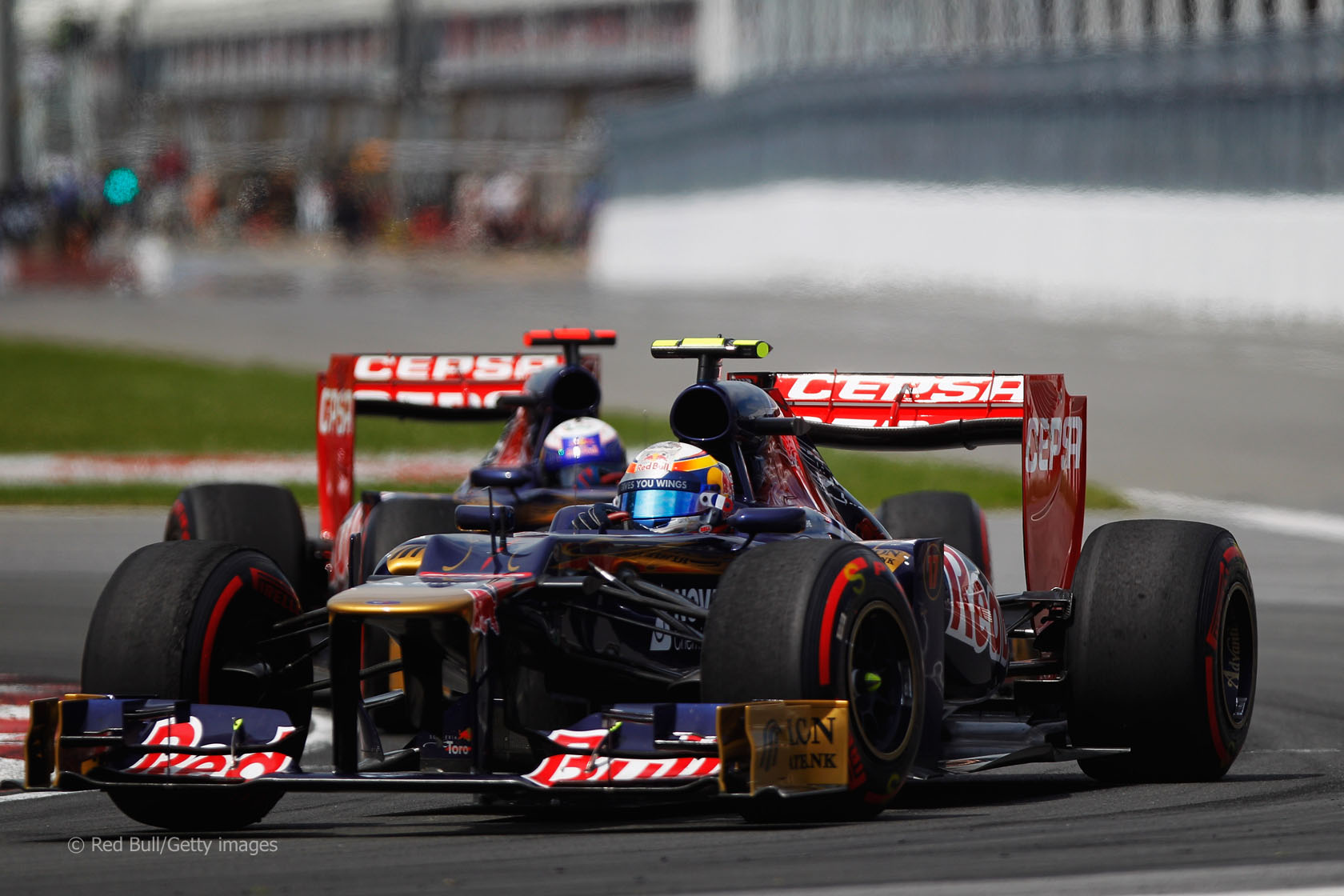 Toro Rosso began 2012 with an all-new driver line-up drawn from Red Bull’s driver development programme. The unsentimental decision to drop both its 2011 drivers reinforced the point that this team is the kindergarten for its world-championship winning sister outfit.

The team makes no pretences to the contrary – team principal Franz Tost called it “a rookie training school” after Jaime Alguersuari and Sebastien Buemi were dropped at the end of 2011.

That being so, the pressure was on Daniel Ricciardo and Jean-Eric Vergne to demonstrate their potential this year. In the final reckoning the less experienced Vergne edged Ricciardo on points by sixteen to ten. But the technical problems which cost Ricciardo points in Italy and Korea won’t have gone unnoticed by the team.

The pair were a very close match, as the graphs below make clear, and both showed sufficient promise to be retained for 2013.

But one of them will have to start regularly out-performing the other to avoid the next swinging of the Red Bull axe.

Ricciardo was consistently the better qualifier of the two, and produced a brilliant effort to line up on the third row in Bahrain. But a very poor start saw him slump towards the rear of the midfield.

Vergne impressed in damp conditions, particularly in Malaysia where he scored his first of four eighth-place finishes, passing Felipe Massa on the way. He was quick in the rain in Brazil as well.

But he attracted attention for the wrong reasons with a clumsy and needless collision with Heikki Kovalainen in Valencia, which followed an unimpressed weekend in Canada in which he’d been out-qualified by the Caterhams and picked up a pit lane speeding penalty. The team endured a nine-race point-less streak in the middle of the season as their junior drivers struggled to compete in a tightly-packed midfield. Though reliable, the STR7’s pace was lacking and the team had a car eliminated in Q1 on ten occasions, usually Vergne’s.

Technical director Giorgio Ascanelli was shown the door and replaced by James Key in September. The team’s new recruit arrived from Sauber and, before that, Force India, and is credited with extracting the most from teams that lack the mega-bucks resources of the front-runners.

His arrival was praised by Ricciardo, who credited him with raising the team’s expectations. Their results duly improved in the second half of the season.

Ricciardo made several appearances in the lower reaches of the points, though it never looked like being enough to bring the team into contention with Williams, who they finished in front of last year.

But even with a more experienced driver line-up its doubtful much more could have been achieved with the STR7. Better things should be expected from the team team with its STR8 under Key.

However the cycle of regularly replacing their drivers with new arrivals will continue. And that makes it doubtful that this team can rise to the front of the midfield – or beyond – any time soon.