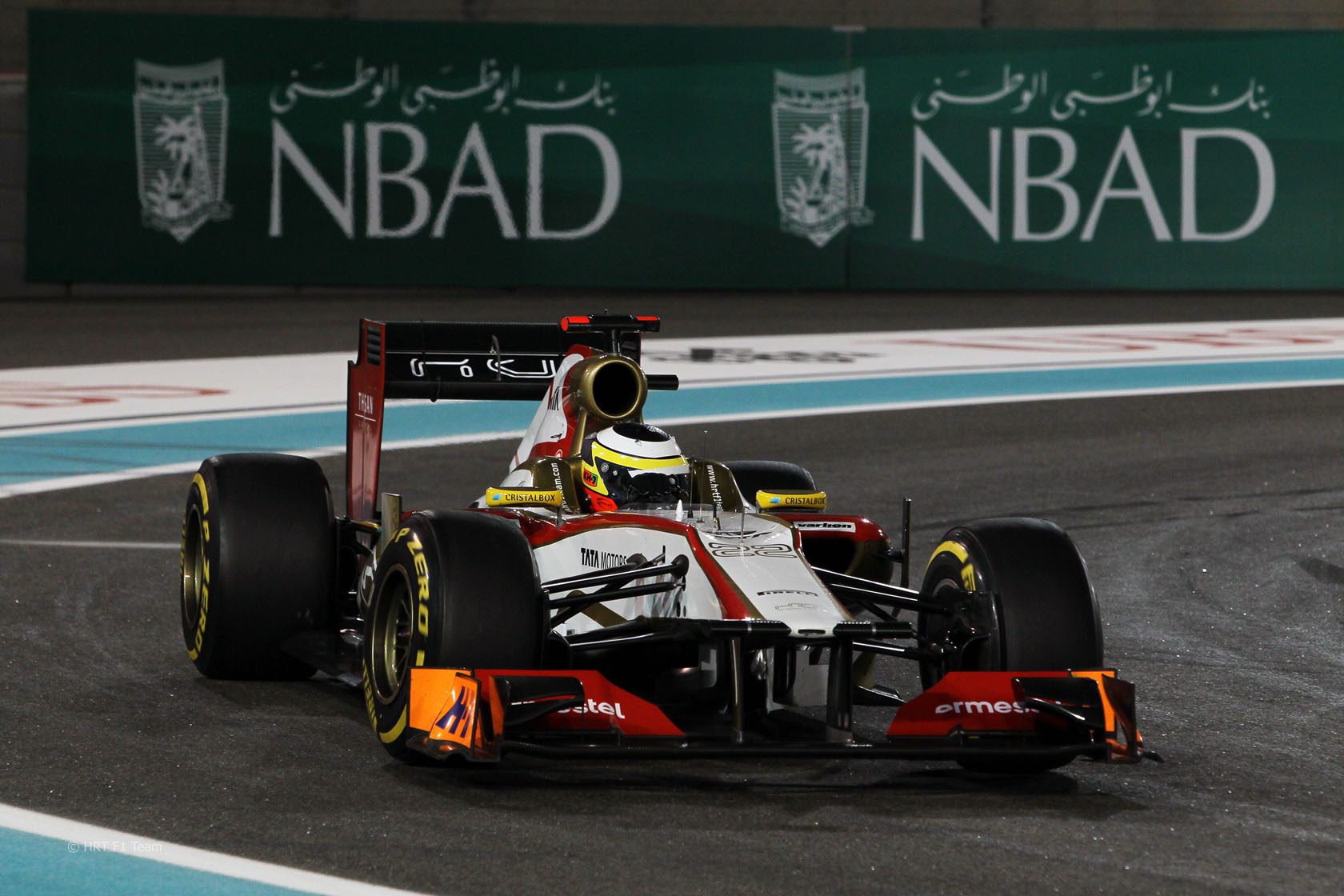 In the round-up: Bernie Ecclestone hopes F1 loses another team following the loss of HRT.

Formula One has too many teams for Ecclestone (Reuters)

“There were several incidents in which the other teams were at the limit, but not us. But this has always happened and always will. However, we too have to think within the confines of the rules while looking for some limits, some holes, like the other teams do in order to improve our performances.”

“It is the second time in the five years that the team principals’ top ten has been running that Alonso has taken the number one spot.”

“There is a substantial body of fact-ignoring opinion that still refuses to recognise him as a genuine F1 superstar.”

Maybe they were HRT fans.

Had an Out of Competition Doping Test this morning in my Hotel. Interesting…

I think it is a huge mistake to cast aside someone of Norbert Haug?¾įķ╝įõ¾s contribution to F1. Even Mercedes themselves acknowledged the large contribution he made to their return to F1.

Some team principals/managers don?¾įķ╝įõ¾t deserve the position they hold, and have it due to politics or financial ownership. I think in the case of Norbert Haug, we should celebrate his contribution to the sport and hope he stays within motorsport in the future.@Dragoll

Five years ago today McLaren confirmed Heikki Kovalainen would drive for them in 2008.

Kovalainen was dropped after two years with the team and joined Lotus for 2010. He’s been with the team – now Caterham – ever since, but there are doubts over his place for 2013.

66 comments on “Ecclestone would rather lose another team from F1”