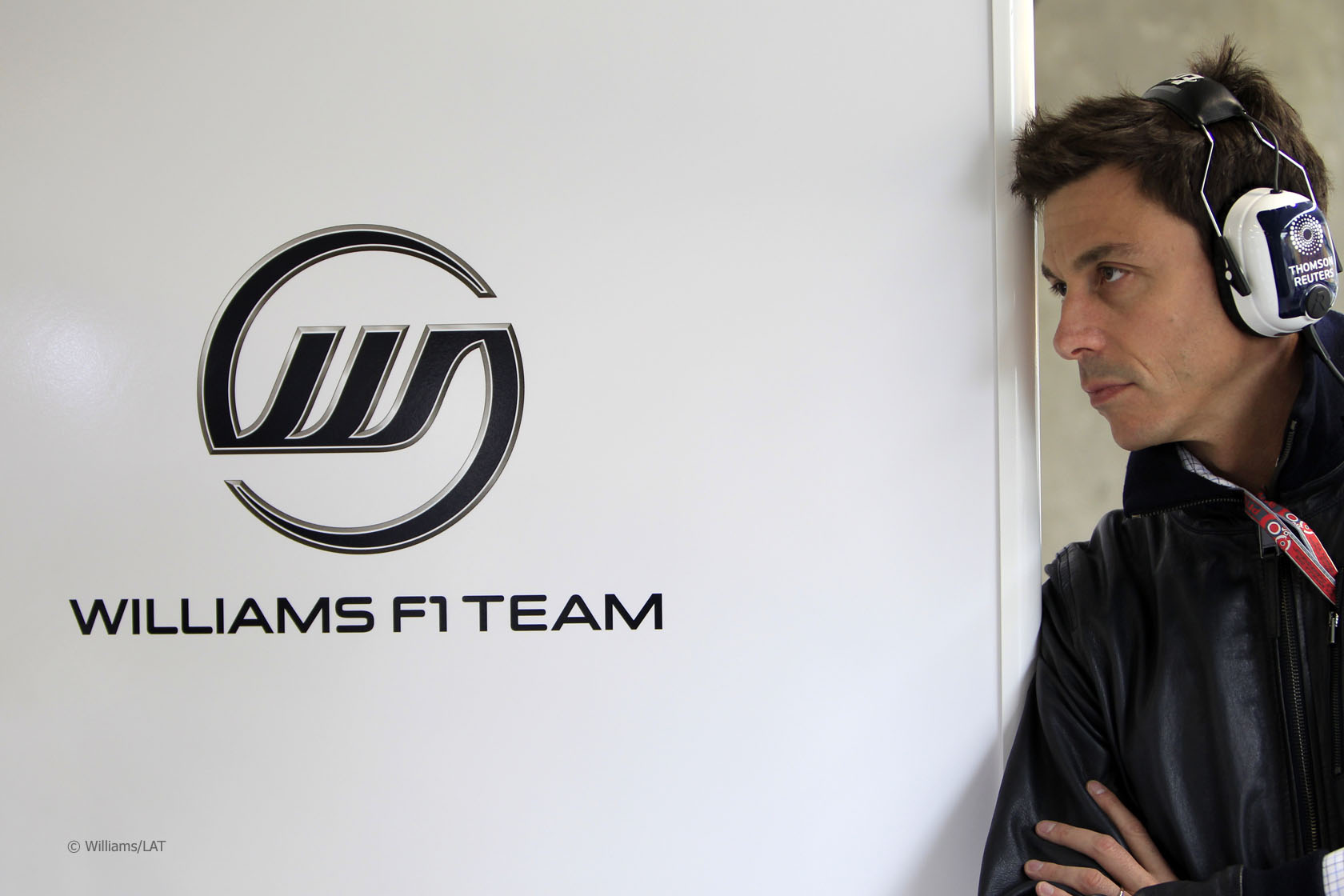 In the round-up: Williams executive director Toto Wolff will take over as director of motorsport at Mercedes following the departure of Norbert Haug.

“It is understood to be possible for Wolff to continue having a shareholding in Williams while running the Mercedes motorsport department. But he will not be able to continue in his role as the team’s executive director.”

“The single piece cockpit designed to protect a Formula One racing driver in a crash has been incorporated into the Foxhound?óÔéĽÔäós design to ensure the pod, or the area where the soldiers sit, can withstand roadside bombs.”

Formula E chief executive Alejandro Agag: “When the drivers speak to their team, we will put them on speakers so you can actually hear them during the race.”

“I think the appropriate action [would be for] the EU should step in to stop the new [Concorde] Agreement taking effect and put in place temporary measures, interim measures, to keep everything going on a fair basis while they conduct their investigation.”

Back on twitter again.Had some intensive weeks.now sitting on my spinning bike and watch a great game of tennis @DjokerNole against Wawrinka

I think Loeb will driver more than just a few rallies this year. If he stays in contention until the half season he surely have to have a go

I feel sorry for Glock and Marussia. Glock deserves to stay in F1 but it’s neither his nor the team’s fault that he has to leave.

Marussia lost the valuable tenth place in the championship and, according to what I have read, Bernie hasn?óÔéĽÔäót offered them to sign the new Concorde Agreement either so it?óÔéĽÔäós no wonder if the team is short of cash.

I believe that they are clever people, who know what to do to make progress but they need the money. Shame on F1 that they have to get it by taking pay drivers.
@Girts

Five years ago today Williams launched their 2008 contender in a special interim livery which included a list of names of the team’s fans.

30 comments on “Wolff moving from Williams to Mercedes”