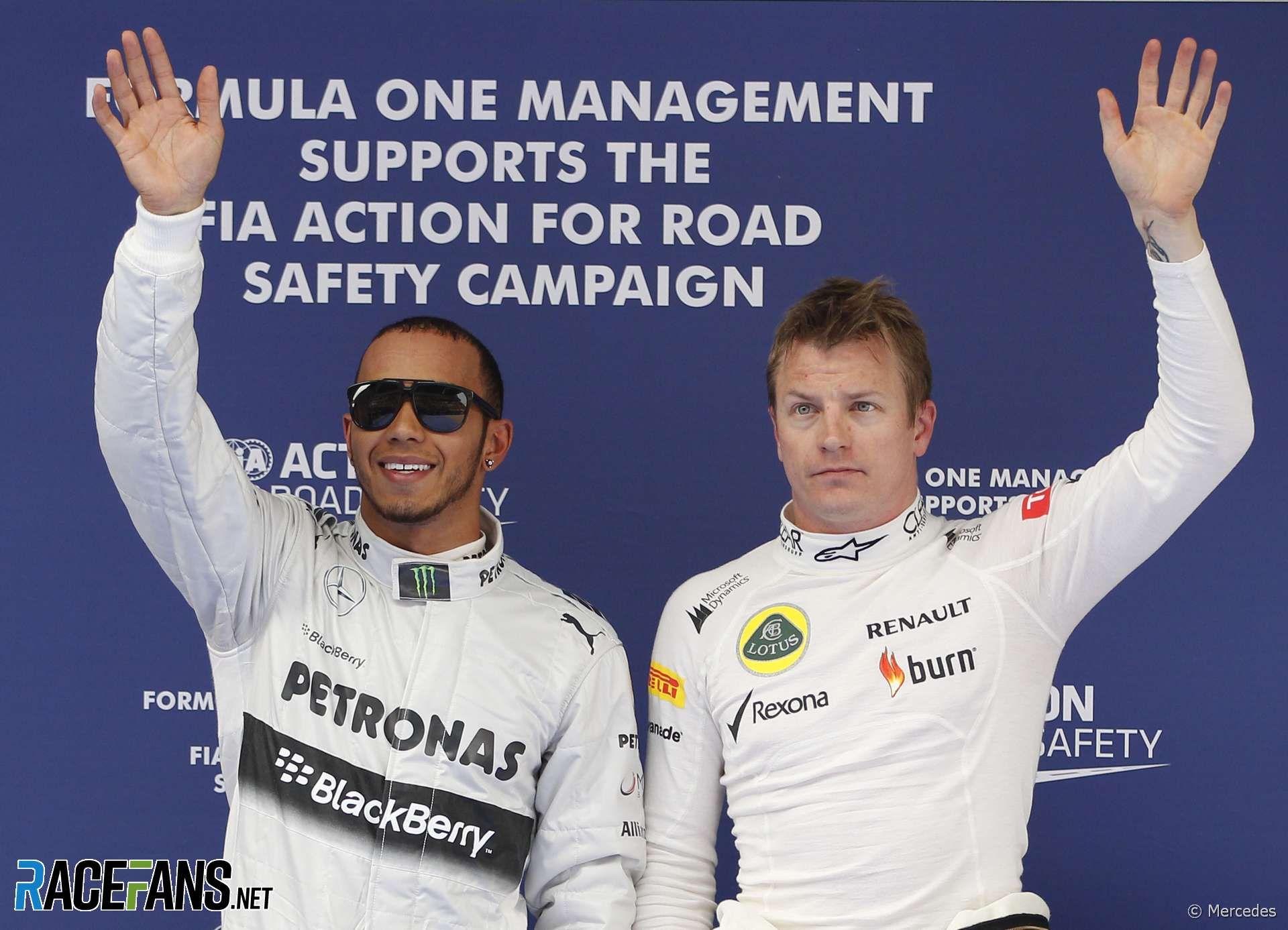 Lewis Hamilton put his Mercedes on pole position on his third attempt for the team.

He completed a clean sweep of all three parts of qualifying and beat Kimi Raikkonen by three tenths of a second to claim his first pole for the Silver Arrows.

Team mate Nico Rosberg will start from the second row alongside Fernando Alonso.

But there were problems for Red Bull. Mark Webber dropped out in Q2 due to a fuel problem and Sebastian Vettel didn’t set a time in Q3 after going off at the hairpin.

The need to save tyres for the race was clearly weighing heavily on the minds of teams as qualifying began. Nine minutes of the first session passed before anyone took to the track.

Most drivers chose the soft tyres whose short life make them a poor proposition for the race. The two Mercedes led the running with Felipe Massa taking third ahead of Mark Webber, followed by their respective team mates.

The Toro Rosso drivers were the only ones to start the session on medium tyres but were unable to set a time fast enough for Q2 on them. Jules Bianchi’s Marussia was among those quicker than them.

A late switch to softs secured the passage of both drivers to Q2 at the expense of Esteban Gutierrez and Valtteri Bottas. Bianchi had to settle for 19th and Chilton held on to 20th ahead of the Caterhams despite a water pressure problem preventing him from running again.

Both Force India drivers made it through but Adrian Sutil was unhappy at being held up. “[Kimi] Raikkonen destroyed my lap so please tell the stewards,” he said as he returned to the pits.

The front runners returned to the track on their same tyres from Q1. But with those behind them opting for new tyres to try to reach Q3, all the drivers had to use new tyres eventually.

Hamilton remained on top with both his laps. Alonso’s last effort brought him within a tenth of a second of the Mercedes and Vettel was third.

But disaster struck Mark Webber who came to a halt at turn 14, his RB9 apparently out of fuel. He was only a few hundred metres from the pit lane entrance.

The divide between those who made the cut and those who didn’t was measured in hundredths of a second. Nico Hulkenberg was the last man into Q3, Paul di Resta and Sergio Perez missing out by less than a tenth of a second.

The Force India driver felt he could have found the missing time, “if we can keep the tyres on the ground all the way to the second corner”. Team mate Adrian Sutil also failed to make the cut.

Webber slipped out of the final ten and ended up 14th. Jean-Eric Vergne failed to make it into Q3 but his team mate did, to the surprise of Button when he was given the top ten run-down: “Ricciardo? Wow…” he said.

Vettel left the pits the moment qualifying began but returned to the pits without setting a time. The track remained empty until three minutes before the end, none of the teams wanting to waste an extra set of tyres.

Although all the cars eventually left the pits, not all of them set times. Hulkenberg and Vettel ventured out on mediums but the latter returned to the garage after going off at the hairpin. Button also used the medium tyres and did set a time, albeit a dawdling two-minute lap to ensure he started in front of Vettel.

But not everyone was holding back. Raikkonen put in a scorching first sector time and carried his advantage through to the line, setting a 1’34.761.

It looked like that might be good enough for pole position when Nico Rosberg made an mistake in the final corner and came across the line a tenth of a second slower. But Hamilton in the other Mercedes produced a clean lap and beat Raikkonen by three tenths of a second.

Alonso demoted Rosberg a further place and Massa took fifth ahead of Grosjean. Daniel Ricciardo claimed seventh for Toro Rosso, the last of the drivers on soft tyres.

153 comments on “Hamilton on pole as Red Bull hit trouble”