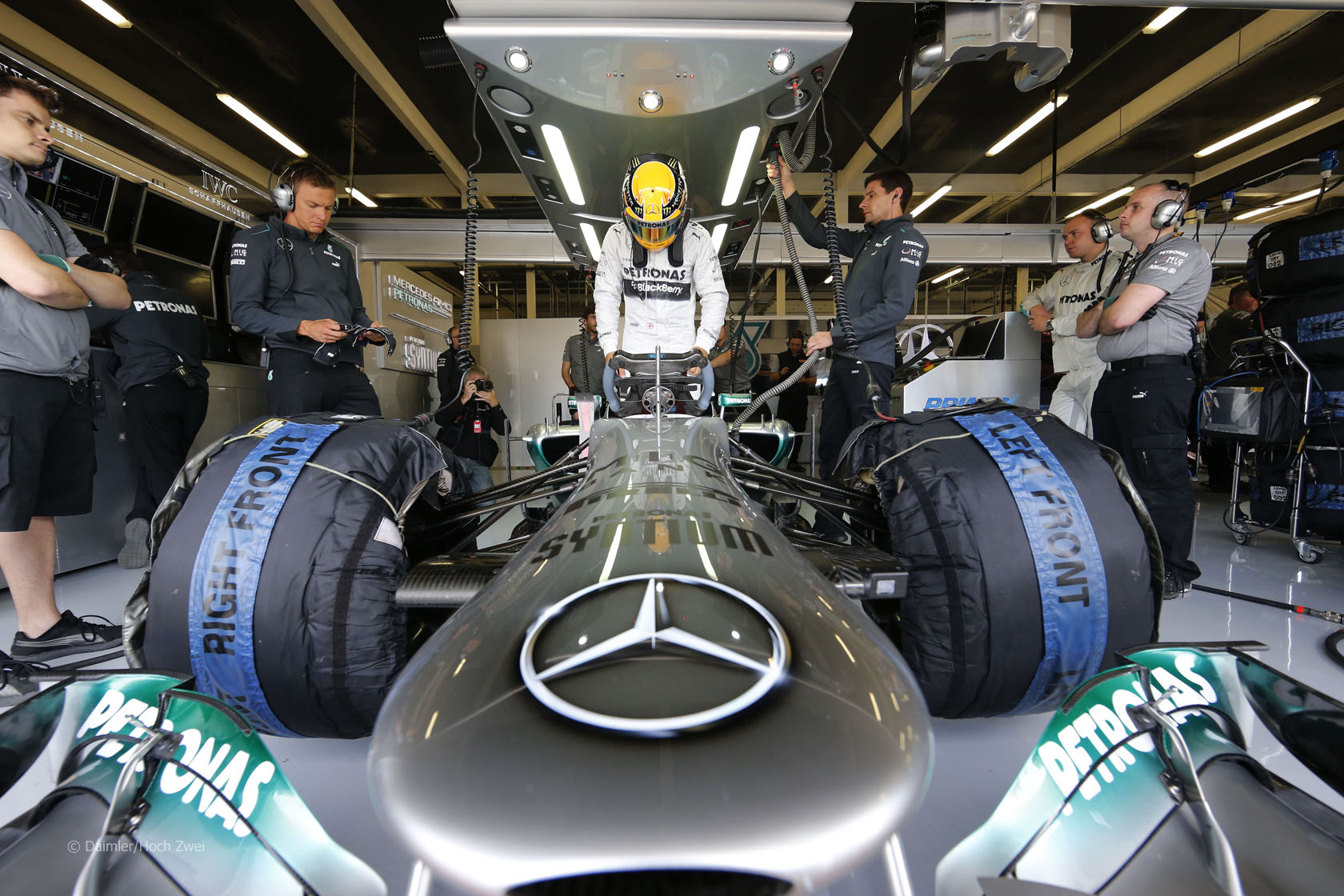 In the round-up: Mark Webber says Mercedes won’t have a repeat of their tyre problems from earlier in the season thanks to their test for Pirelli.

“The last time they raced on this type of circuit was Barcelona, and they got lapped. That is not going to happen. I think they did pretty well at that test, to be fair. They have moved the bar up for themselves a big chunk on Sundays – anyway… that is the way it went.”

Button to stick with McLaren (The Telegraph)

“You cannot look at this year and think, ‘It?óÔéĽÔäós time to get out’. That?óÔéĽÔäós not the right way of looking at it. This team will win a championship over the next few years and I want to be here for that.”

“After Silverstone, Lotus are expected to make a minor modification to the E21’s suspension for the next round in Germany after a rule clarification from the FIA, who were asked by a rival team to confirm the Lotus set-up’s legality.”

“If we never try things we will never learn anything and we will never start using things. We don’t have test and you have to use them at some point. I don’t really see that we have much to lose because without trying something new and finding a chunk of time we will not catch the guys in front of us. We try to do everything that we can.”

Bernie Ecclestone: “We wouldn’t have a Formula One without Frank Williams. He’s part of the structure. He’s still with us, fighting on as usual.”

“They need to change the regulations to ensure this sort of thing does not happen. The FIA and the teams need to sort it out. People pay good money, and there is a television audience to think about, too.”

“He was adamant that Vettel ignoring team orders and taking the victory at the Malaysian GP that Webber was set to score had no bearing on his move to Porsche, which is returning to sports car racing after a long absence, targeting success in the Le Mans 24 Hours classic. ‘No, it wasn’t [the reason],’ he said. ‘There are lots of people I had Christmas with who can tell a different story.'”

“At McLaren I had effectively been technical director for eight years. I needed to progress. The organisation needed a progression, too. There are plenty of engineers there who have their own ambitions. It didn’t feel right for me to stay for another period. And then an opportunity arose so I took it.”

“The director, Keith Mackenzie, wanted the ability to record all cameras for replay, and the setup below was a cost effective solution with 15 VHS machines, thirteen to record (one per camera), one for replay and a switchable input machine for record overlap.”

@Osvaldas31 has spotted a familiar pattern:

It happens every year from 2011 onwards: season starts with rapidly degrading tyres, some teams and drivers start to critisize the tyres continously, Pirelli then reacts and starts to bring conservative tyre choices from the middle of the season and teams start to understand how to preserve tyres better.

Result: races go from entertaining (which isn?óÔéĽÔäót always very good for fans) to becoming really boring (which is worse then races with severe tyre degradation). Pirelli just struggle to find the ballance and react too sensitive.

For example, last years Hungarian Grand Prix tyre choice was spot on, but this year they decided to bring medium and hard tyres instead of medium and soft. It means, that races will become boring in the middle of the season, not at the end of it.
@Osvaldas31

At Reims as at Spa a week earlier, Clark won from pole position, led every lap and set fastest lap.

Tony Maggs equalled the best result of his career with second place for Cooper. Reigning champion Graham Hill finished third but was awarded no points as he had received a push start.