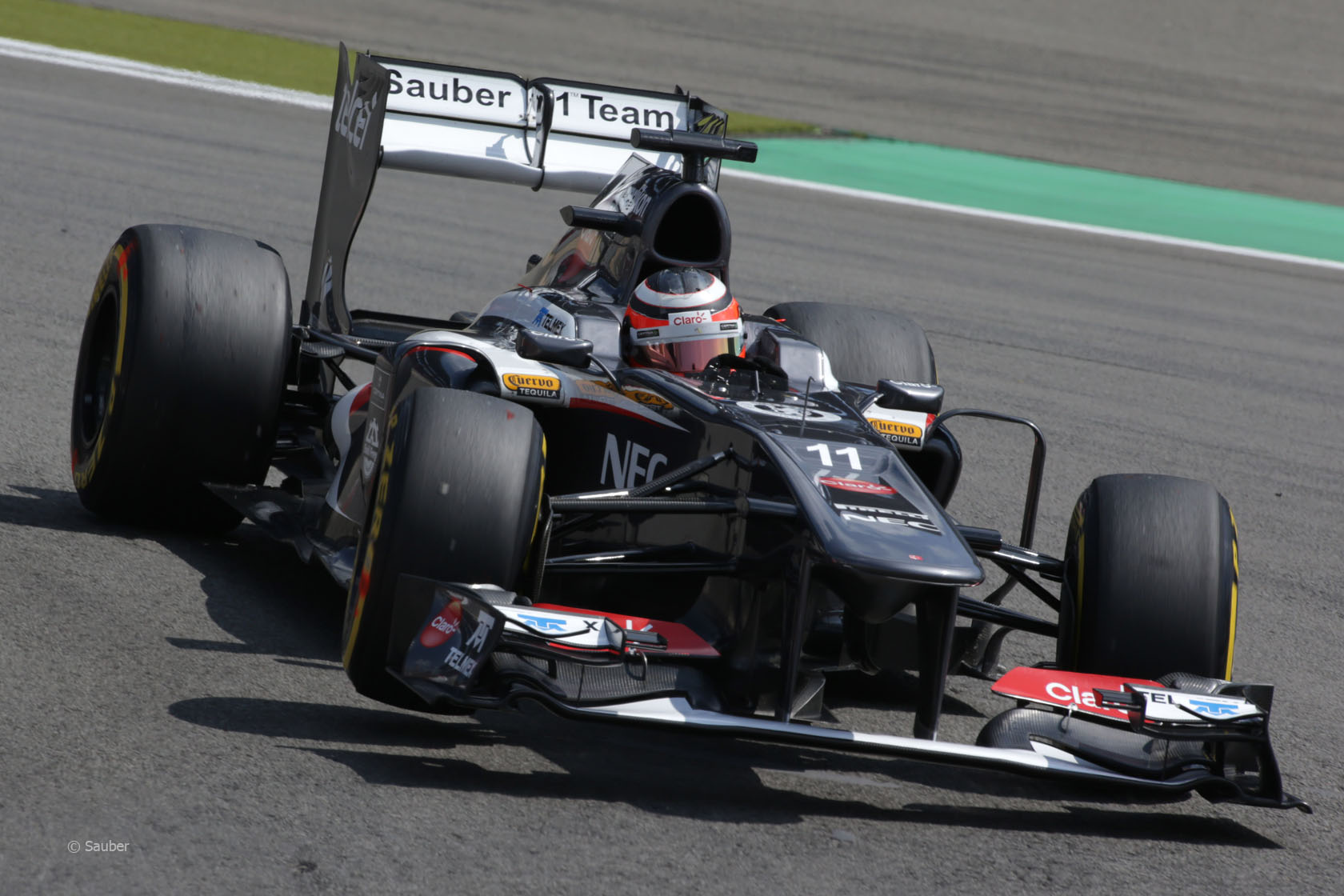 In the round-up: German media reports claim Sauber don’t yet have a budget to finish the season.

Sauber face a ?óÔÇÜ?Ľ24m (?é?ú20.8m) budget shortfall to complete the season according to this article.

“Rumours have long abounded that FOM wishes to control media accreditation ?óÔéĽÔÇŁ as it does TV/radio outlets, who pay heavily for the rights ?óÔéĽÔÇŁ and this could be yet another step in that direction, with the biggest payers (note, not players) enjoying privileged access.”


“As the sport progressed, the linen caps of the 1950s were overtaken by fibreglass open-face helmets, used in conjunction with goggles. They became the sport?óÔéĽÔäós mainstay through to the late 1960s.”

Here's @julesbianchi blasting off up the hill in front of a massive crowd who are loving the cars & the sunshine pic.twitter.com/ePnUPE69ya

The British Grand Prix got a positive rating from readers on average but @Mike-Dee disagreed strongly:

I gave it a two, with the only positive being that it kept the drivers’ championship open. Anything else was ridiculous and had nothing to do with racing:

– Leader drops to back due to tyre blow (this is annoying as it passed the lead to someone less deserving)
– Two more cars have blown tyres
– safety car comes out which hurts some and helps others (I hate safety cars!)
– Leader retires with blown engine (see above)
– Safety car comes out, which some use to pit (see above)
– Frantic last seven laps with super easy overtakes by people on fresh rubber compared to those on old tyres (hailed as superb racing by many but frankly it was very predictable)

End result: Top finishers mostly in positions that flatter their performance as those positions were gained mostly by blown tyres/engines of others, and luck in two safety car phases.
@Mike-Dee

But the talk of the race was the multi-car pile-up caused by the driver of the third McLaren, Jody Scheckter: