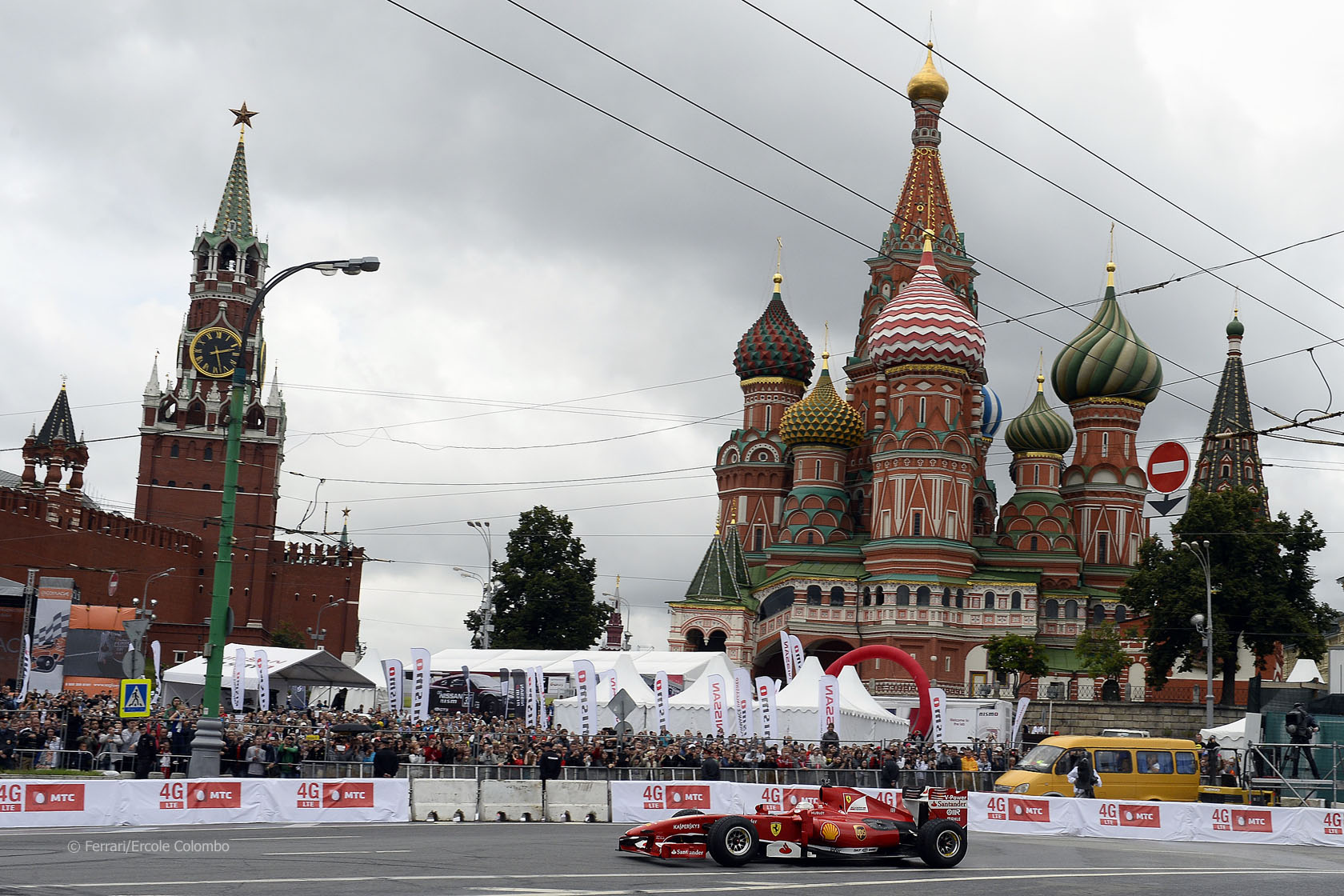 Kamui Kobayashi crashed a Ferrari during a demonstration run in Moscow but was able to resume duties as the team had a spare car on had. The ex-Sauber driver lost control of his 2009-specification F60 in wet conditions at the Moscow City Racing event.

“The track was very slippery and there was a marked bump at that point, which is why I hit the barrier,” said Kobayashi.

“A shame, but I am pleased the team let me out again after a few minutes.”

“I was very impressed by the city,” Kobayashi added. “I come from a big place like Tokyo, but you don’t feel the weight of history there as you do in Moscow.”

“Also, it was nice to see so much enthusiasm for Formula One: you can tell there is a lot of passion and a desire to see real racing cars. I really hope that next year, Russia can stage its first ever Grand Prix.”

Ferrari joined McLaren, Lotus, Caterham and Marussia for the fifth running of the event in the Russian Capital.