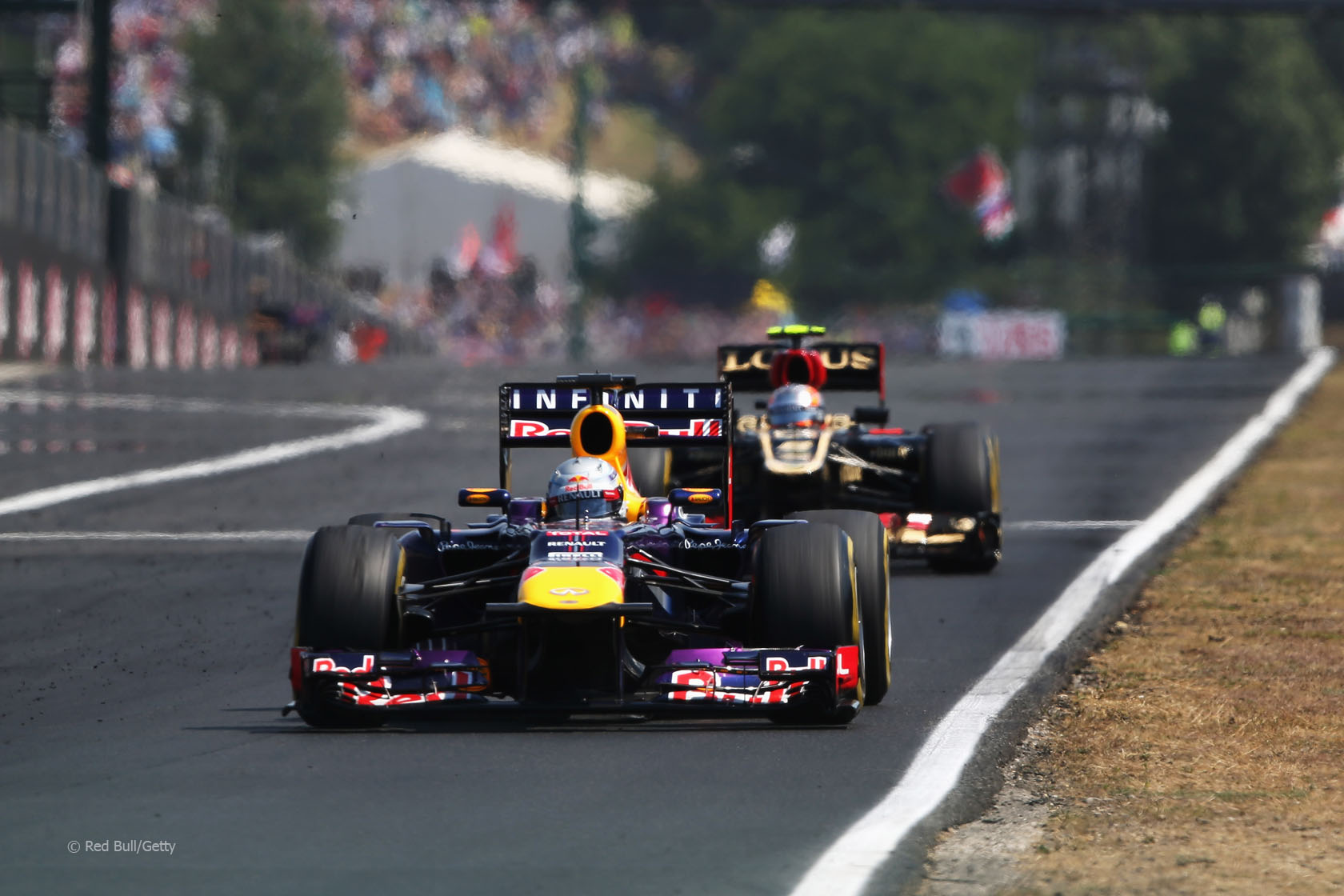 One of the most crucial phases of the Hungarian Grand Prix which decided the outcome of the race occured over laps ten to twelve.

This was when first Lewis Hamilton then Sebastian Vettel made their first pit stops. Each came out of the pits behind Jenson Button’s McLaren.

But while Hamilton was able to quickly pass the McLaren, Vettel was stuck in Button’s slipstream for 12 laps. During that time he lost over nine seconds.

Vettel’s heart must have sunk when he came out of the pits behind Button again following his second pit stop. But this time he was able to pass the McLaren within two laps.

By this time he was 15 seconds behind Hamilton, and made little impact on the Mercedes driver’s advantage over the next 13 laps despite being in clear air.