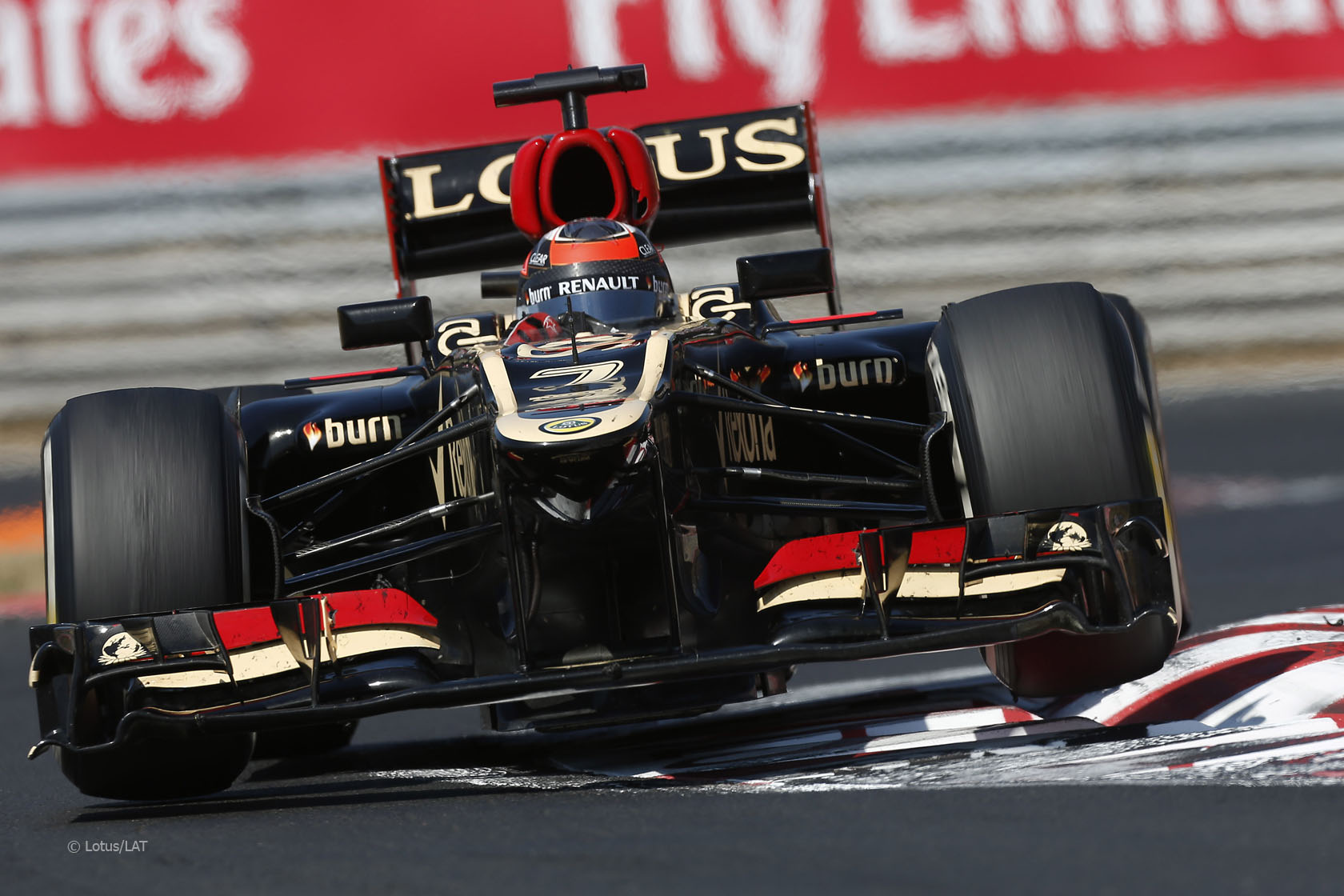 Three-stop strategies were the order of the day for most drivers in Hungary. But once again Lotus used their car’s ability to look after its tyres to make one fewer stop and gain places.

Kimi Raikkonen exploited a two-stop strategy to move up from sixth in the opening stages to finish second.

During his final, 28-lap stint he was able to keep Sebastian Vettel behind despite the Red Bull driver’s tyres being 13 laps fresher.

Both McLaren drivers also used two-stop strategies. However Sam Michael later said they would have preferred to run a three-stop strategy for Jenson Button, which would have been quicker, but there were few chances to bring him into the pits and get him out again in clear air.

Another driver who made a two-stop strategy work was Nico Hulkenberg, including a 34-lap stint at the end of the race (one lap short of half the total distance), in a car which previously had severe trouble with rear tyre degradation.