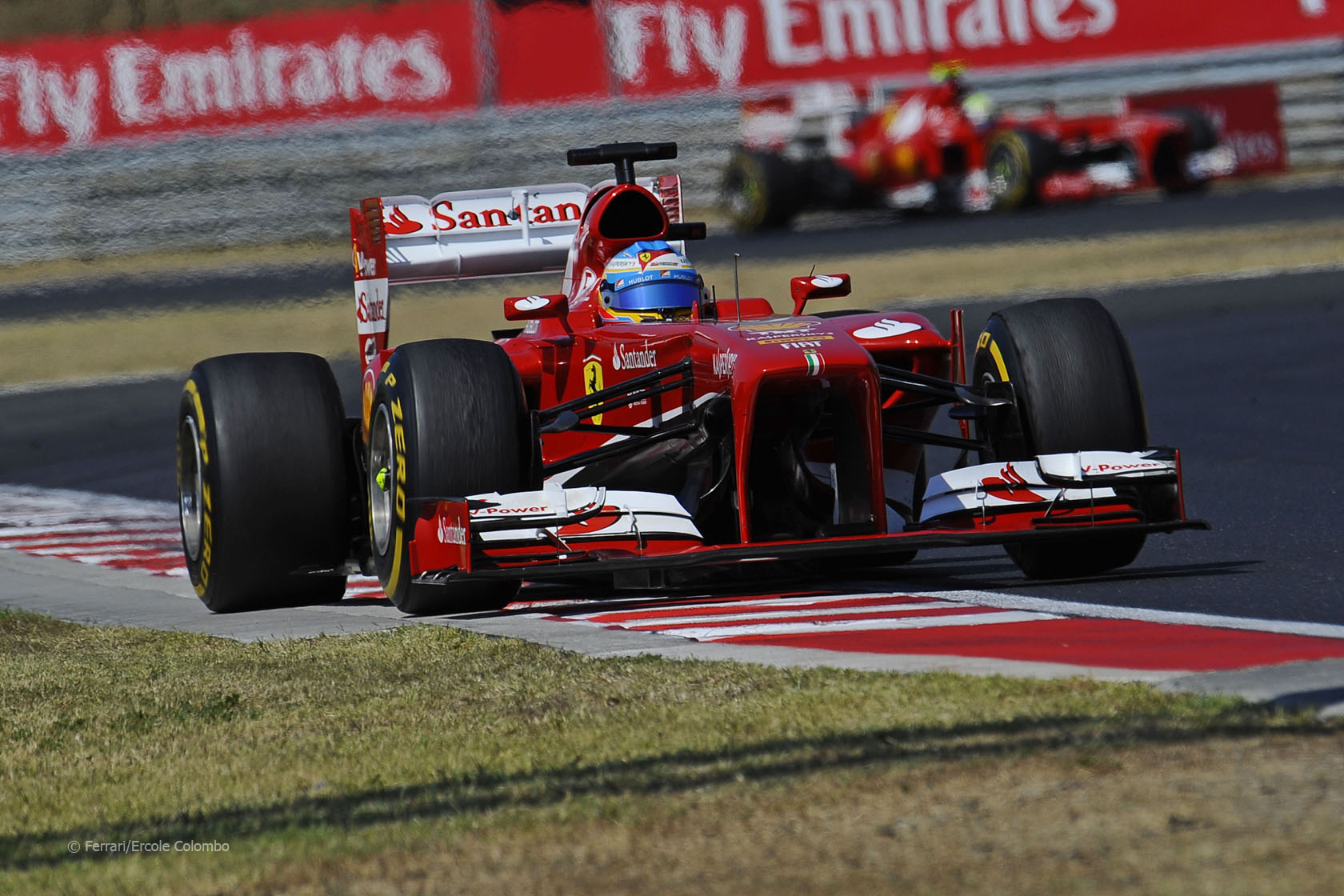 Fernando Alonso is under investigation following the Hungarian Grand Prix after it was found his car’s DRS had been activated when it was supposed to be disabled.

A post-race inspection of his Ferrari found the DRS had been used on three occasions when he was not within one second of another car.

FIA technical delegate Jo Bauer said in a statement: “After the race DRS activation data from car number three were analysed. It was found that the driver has activated the adjustable bodywork in threeoccasions when he was more than one second behind another car.”

“As this is not in conformity with Article 27.5 (b) of the 2013 Formula One Sporting Regulations I am referring this matter to the stewards for their consideration.”

Update: No penalty for Alonso for DRS misuse