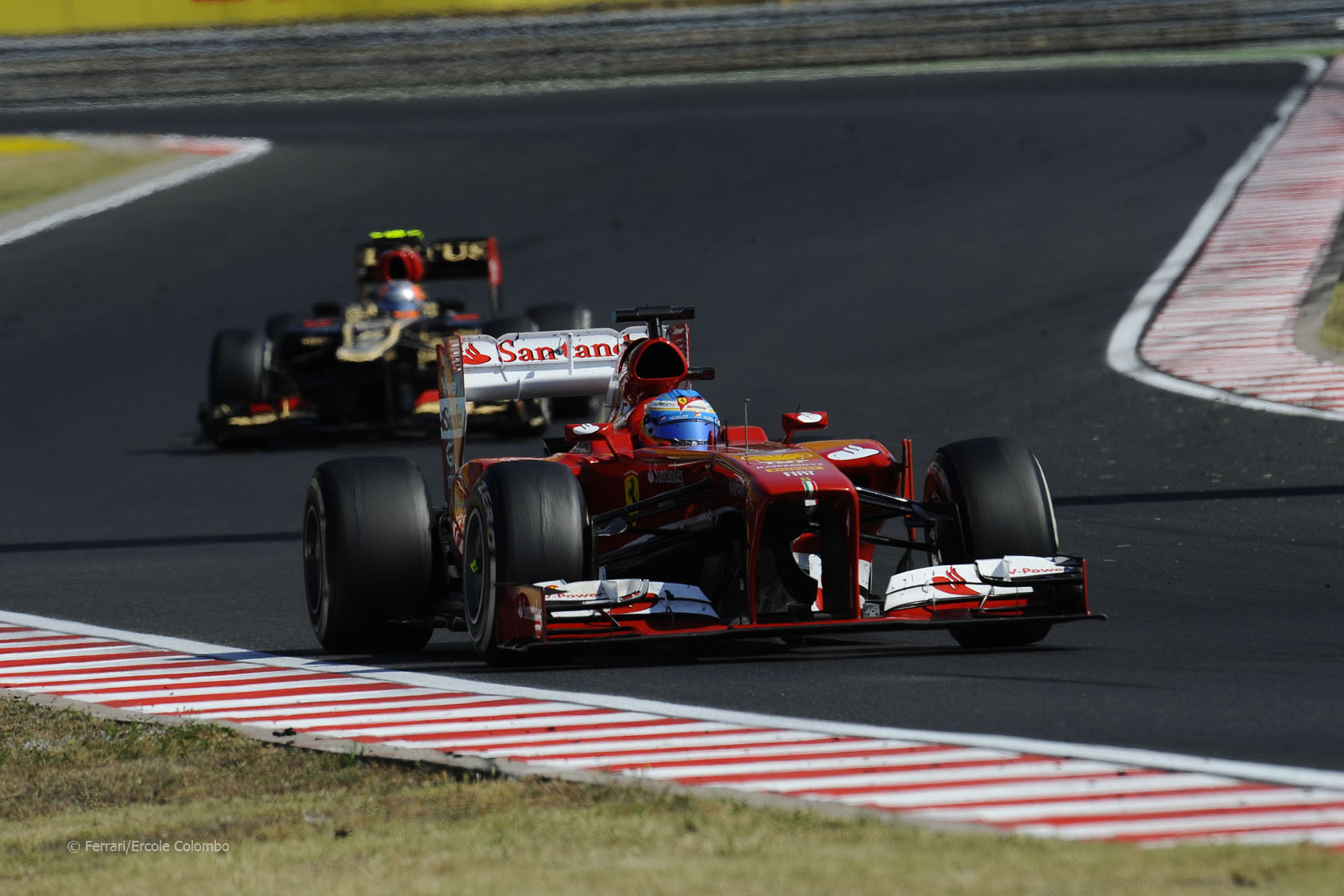 Fernando Alonso has escaped punishment for using DRS when he wasn’t supposed to during the Hungarian Grand Prix.

The stewards found the Ferrari driver activated DRS on three occasions when he was not within a second of another car.

The stewards ruled: “The DRS enabling system was not changed by the team from the pre-race to the race setting. The driver therefore incorrectly received ‘DRS enabled’ messages and reacted to them (when not entitled to) on three occasions.

“As soon as the team became aware of the problem they informed the driver to only use DRS when told to do so by the team.

“Whilst a small sporting advantage (less than one second over the entire race) was gained, the team argued car three [Alonso] also suffered a disadvantage by being unable to use DRS on every legitimate occasion.

“However, the team is ultimately responsible for ensuring the system conforms to the regulations.”

48 comments on “No penalty for Alonso for DRS misuse”