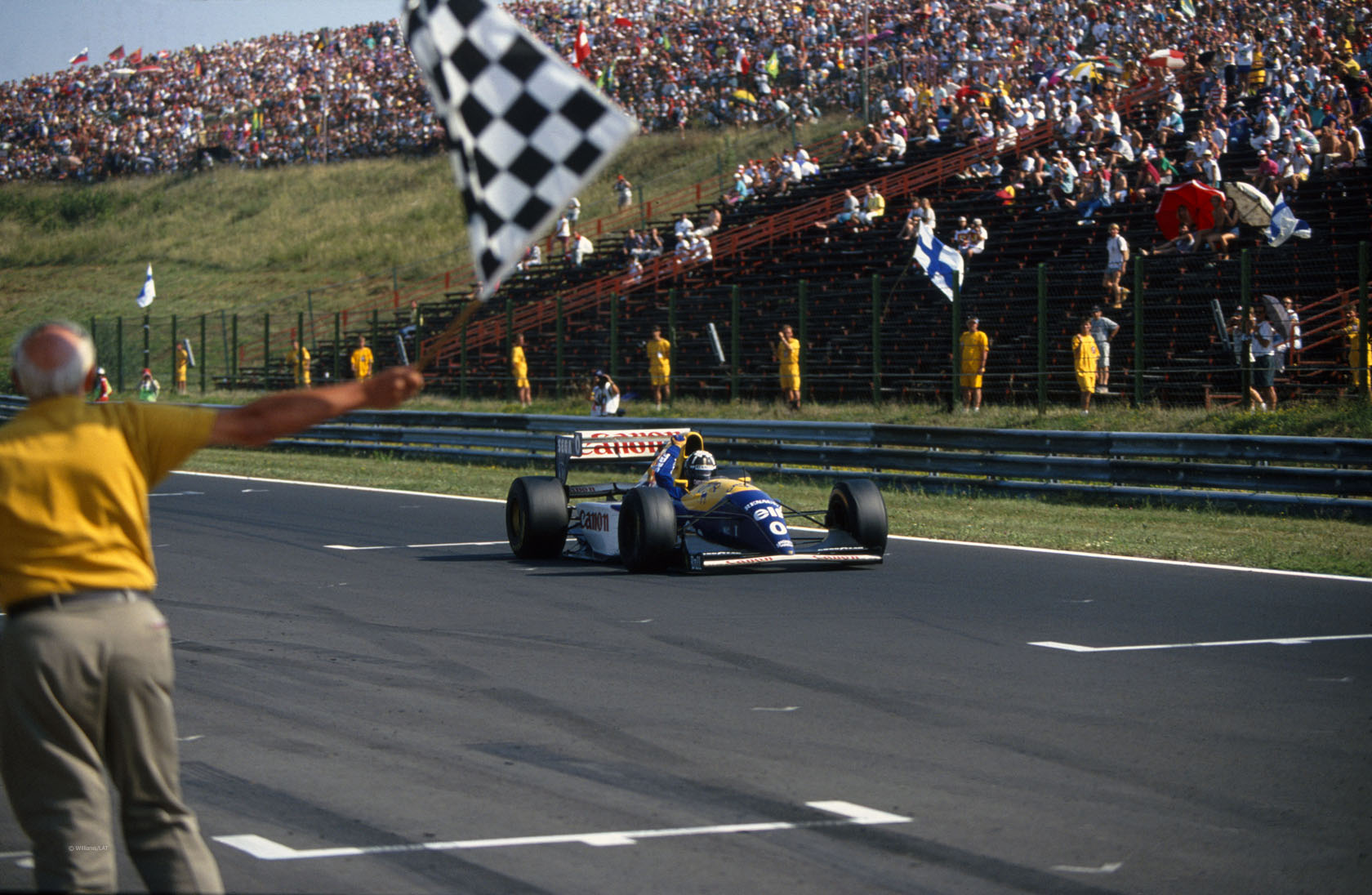 Lewis Hamilton equalled the wins tally of fellow British champion Damon Hill with the 22nd victory of his career. Appropriately he did so in the same race where Hill scored his first victory 20 years ago (pictured).

It was Hamilton’s fourth win in Hungary, adding to his 2007, 2009 and 2012 triumphs. No one has won the race five times or more – Michael Schumacher is the only other driver to have won four times at the Hungaroring.

This also means Hamilton has continued his streak of winning at least once race in every season he has competed since making his debut in 2007.

And of course, it his first win for Mercedes. The last British driver to win a race for them was Stirling Moss in the 1955 British Grand Prix.

Hamilton took his fourth pole position at the Hungaroring, but Schumacher has seven poles at this track. This was the 30th pole position of Hamilton’s career, but surprisingly it is the first time he’s scored three in a row. It was also his sixth consecutive front row start, another personal best.

Mark Webber set the fastest lap during the race. This was the 17th of his career, giving him as many as Rubens Barrichello and one fewer than team mate Sebastian Vettel.

The race saw the 150th podium appearance for a Finnish driver. Kimi Raikkonen is responsible for exactly half of those, with the rest courtesy of Mika Hakkinen (51), Keke Rosberg (17), Heikki Kovalainen (4), Mika Salo (2) and JJ Lehto (1).

Raikkonen also extended his record of consecutive points scorers to 27 races. But team mate Romain Grosjean became the first driver this year to receive three penalties after picking up two in one weekend: a drive-through penalty during the race and a time penalty after it. Adrian Sutil reached his 100th career start. He’s effectively spent his entire career with the same team, which was Spyker in his first season (2007) and Force India thereafter. He is yet to score a podium finish, with fourth place in the 2009 Italian Grand Prix his best result to date.

It’s taken Williams ten races to score their first point of 2013, which came courtesy of Pastor Maldonado. After ten races last year they had 47.

Spotted any other interesting stats and facts from the Hungarian Grand Prix? Share them in the comments.