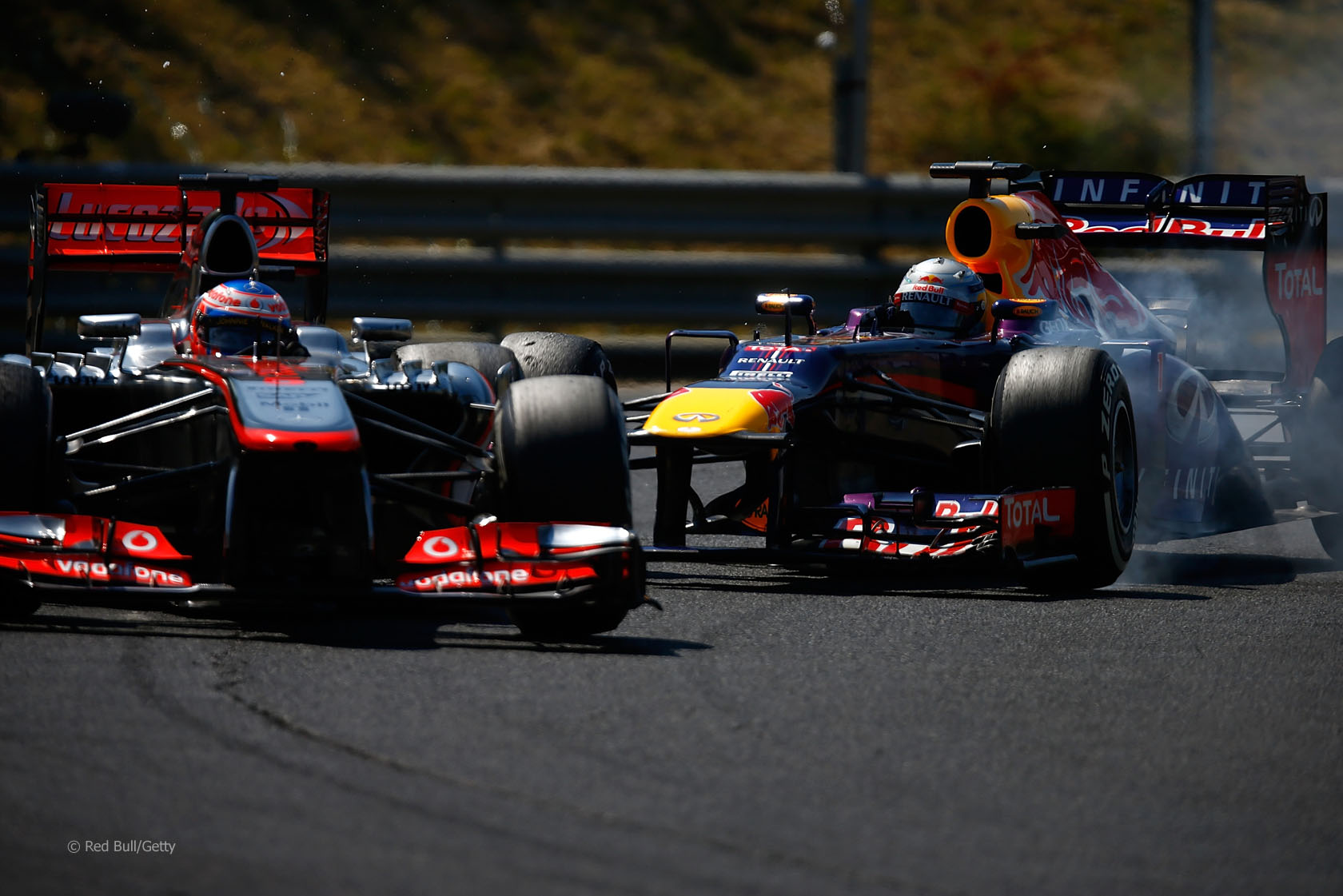 Ten of the best pictures which tell the story of the Hungarian Grand Prix weekend. Sergio Perez didn’t have a smooth weekend – he crashed on Saturday morning but after rapid repair work he was able to get into the top ten.

But he wasn’t happy with his car’s balance in the first stint and slipped back, eventually finishing ninth. After making his 100th race start Adrian Sutil was the first driver to retire, dropping out with hydraulic failure after 19 laps. A sizeable Finnish contingent descended on the Hungaroring to cheer Kimi Raikkonen on – he rewarded them with his fifth second-place finish of the year. After testing for Red Bull at Silverstone Daniel Ricciardo found his pre-race interviews were attended by many more journalists than before. He got his Toro Rosso into Q3 again but finished out of the points. Not the usual shot of Sebastian Vettel leading at the start of a race – Lewis Hamilton, ahead, is already out of shot.

Behind Vettel Romain Grosjean is preparing to edge Fernando Alonso wide to keep hold of third place, which Alonso was not pleased about afterwards. A risky move on Jenson Button nearly cost Vettel dearly. He touched the McLaren and broke his front wing. The time lost cost him any hope of catching Hamilton. Giedo van der Garde had a strong run for Caterham, finishing ahead of his team mate despite running an older-style nose on his CT03. After tangling with Felipe Massa on lap one, Nico Rosberg lost several places and had to fight his was through the field. Here he avoids another collision with Pastor Maldonado. Massa’s wing bears the damage from his first-lap contact with Rosberg. The Mercedes driver, who can be seen in the background, dropped out with six laps to go when he engine failed.

Hamilton raises his trophy aloft and points to his team after winning the Hungarian Grand Prix for the fourth time in his career.