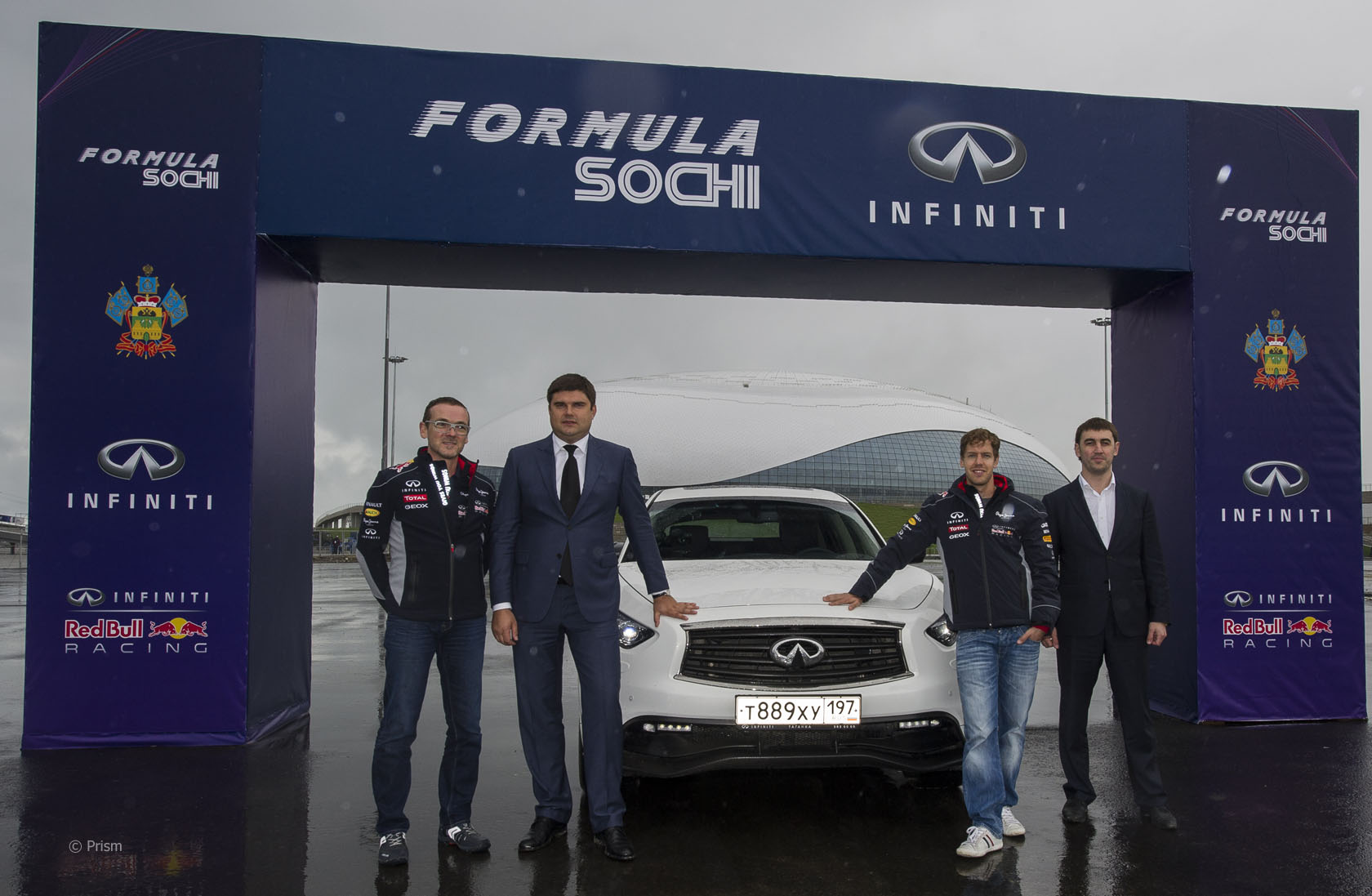 In the round-up: An impasse between the Russian Automobile Federation and the promoter of the planned Russian Grand Prix puts the race in jeopardy.

“The issue at hand is a spat between the Russian Automobile Federation and the race promoter Omega Center, which is also building the 5.9km track around the coastal Olympic Park. The RAF is refusing to file a race application with the FIA until Omega, which is tied to the Krasnodar region government, agrees to bear the cost of training the 700-800 personnel required to staff the race such as marshals and security.”

Franz Tost Q&A: Vettel?¾įķ╝įõ¾s team mate has to bring a lot to the table (F1)

“Remember: when Seb left Toro Rosso to join Red Bull Racing, the team was in no way the winner that it is today – Seb has contributed a lot to make it happen. So if you want to be the new kid on the block you better have all these facts in mind – and show even more commitment to come at least close to Seb. That will be a rough ride!”

Indian Grand Prix promoter JPSI managing director and chief executive officer Sameer Gaur: “October-November period suits us better, both weather-wise as well as it being the festive season. But if the Formula One Management (FOM) wants us to hold our race in March 2015, we don?¾įķ╝įõ¾t have any problem with that.”

“Before, I was completely dominated by the tyres and the car. They were not working at all in my case. Now, I think it was so clear that my level was a step forwards and I was able to fight with cars that are stronger than us.”

A miracle from Lewis (Sky)

Martin Brundle: “It was cruel that [Romain Grosjean] was penalised for completing the move on Massa while being marginally all four wheels off the track. Without doubt the drivers will see this as a disincentive to ‘have a go’ and create those magic moments people still talk about years later. The trouble is that the rules are very clear about leaving the track between the white lines and gaining an advantage or position. If it was a barrier or a gravel trap he wouldn’t have even contemplated it.”

“The FIA has its priorities wrong in taking away the potential for drivers to do moves like [Grosjean’s on Massa] but giving them the ridiculous DRS overtaking aid to create artificial overtaking manoeuvres.”

“A dismayed Heyer was just four hundredths of a second of Rebaque?¾įķ╝įõ¾s mark ?¾įķ╝įŪŻ and there were two other drivers quicker than him who also fell short of qualifying. But Heyer was not to be deterred from making his grand prix debut by the inconvenient fact of having failed to qualify for it.” F1 Fanatic reader David Wallace (Twitter: @davidhw2506) got a close look at the Lotus during the young drivers’ test at Silverstone and sent in this picture of the car.

(UK) Great to see Sunday's @IndyCar race will be live on @BTSport. Hopefully the rest of the season will be too. #IndyCar

Nick says the problems faced by the Indian Grand Prix shows F1 needs to work harder on its races in new venues:

F1 needs better entry-strategies in new countries. People aren?¾įķ╝įõ¾t going to warm up to F1 if it?¾įķ╝įõ¾s the only race to come around to their country, once a year.

Bernie [Ecclestone] and the FIA need to drag along more series and the FIA (provided that they or an affiliate are present in such a country) could try to introduce karting championships or celebrity races with touring cars. Not just go ‘Oh, well, F1 is amazing, so they will flock to us!’
Nick (@Npf1)

The last German Grand Prix at the Nordschleife is mainly remembered for one thing: the fiery accident that almost killed Niki Lauda, which is set to feature in the forthcoming film Rush by Ron Howard.

The race was stopped after Lauda’s crash and James Hunt won ahead of Jody Scheckter and Jochen Mass. Meanwhile Lauda was fighting for his life.

Here’s some footage from the race: