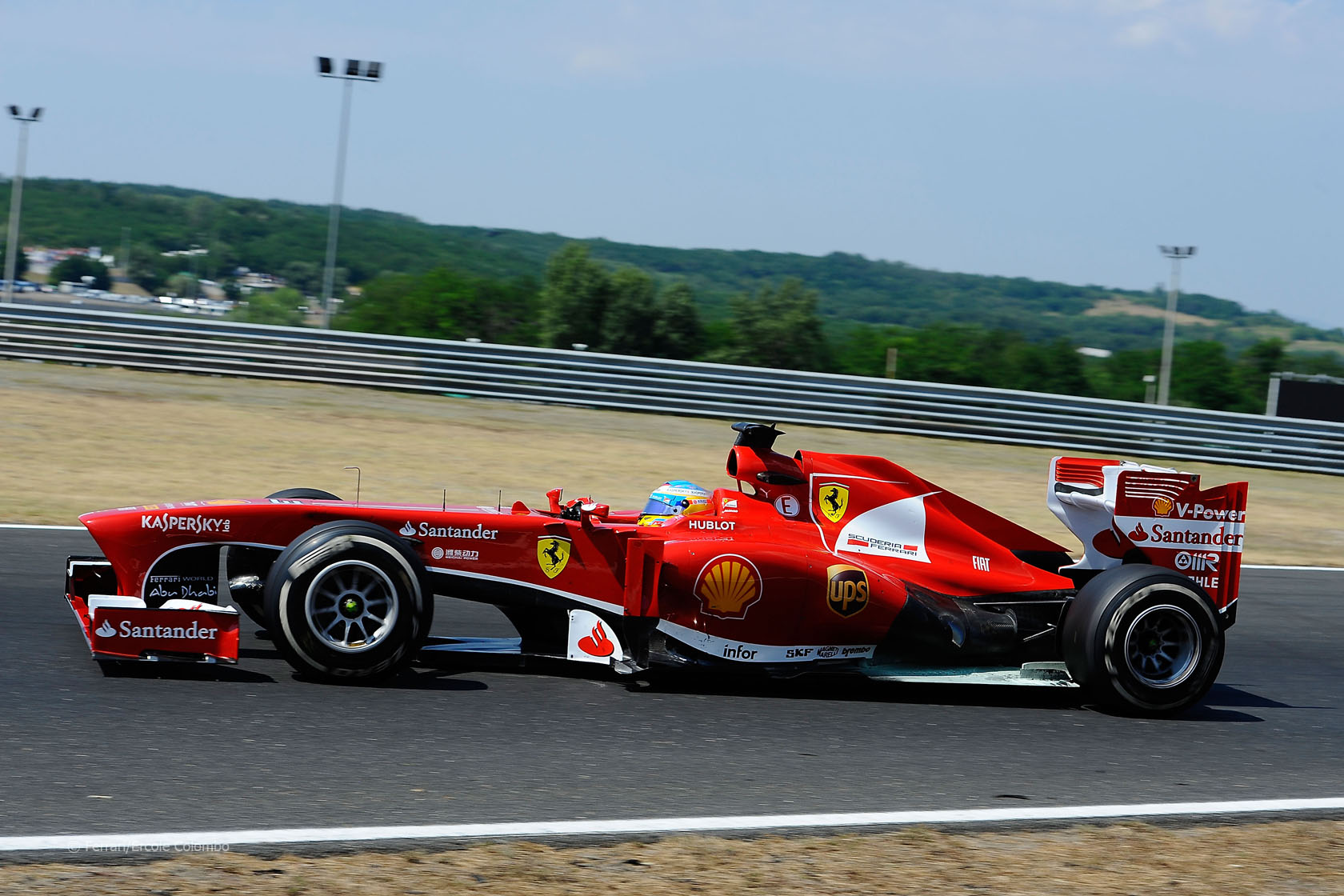 In the round-up: Ferrari say they have not been making gains with the new parts they have brought to their car in recent races.

Chief designer Simone Resta: “The reason for us struggling at the last few races is us not bringing to the car parts that are working. If anything we have brought parts that are not working better than the others were.”

“I’m very optimistic. There is a lot of discussion in the press, most of it is irrelevant. It is all about making Kimi comfortable enough to stay and happy to stay. Part of it is done.”

“I don’t know much about the tax issues and as for the customs, F1 has been able to handle the issue in every other country we go to – whether it’s Hungary, Korea, Singapore, Malaysia or China. This is something that your government should, perhaps, study, by visiting one of the Grand Prix races in Europe, to see how their authorities go through the process.”

“I think more races are the answer to all these questions. Austin will continue, it would be great if there is New Jersey, there is already Montreal, then find something on the West Coast, and then maybe Mexico – that would be a proper introduction of Formula One to the US.”

“On the ?óÔÇÜ?Ľ120 million [?é?ú103m] debt, anybody half-smart can find out that number by going to Companies House records and will see that out of that, over 90 million is not ‘real’ debt but shareholder loans made to the company. The salaries have always been paid on time and there has never been even a hint of a potential strike by our people at the factory.”

Kubica: The Atmosphere at Rallies is Awesome (ADAC)

“I think one can hardly compare Formula 1 and rally vehicles. The differences in speed and the type of tracks make any comparison nearly impossible. For me, they have only one thing in common and it is something emotional: Both types of vehicles kindle great emotions in me.”

Ron Dennis: “[Jochen] Rindt just looked at him and replied, ‘They wouldn?óÔéĽÔäót dare start the German GP without me!’ As he said it, one of the other mechanics looked up and muttered rather acidly, ‘Why don?óÔéĽÔäót you pop down the road with your helmet and fill it with ten pounds of potatoes?!'”

“When I left F1 after the 1995 season I was pretty disillusioned. I had an agreement in place ?óÔéĽÔÇŁ with a team that?óÔéĽÔäós still in F1 today ?óÔéĽÔÇŁ and thought I was all set for the next year, but then it was decided that I was surplus to requirements and I was out on my ear.”

Poul Winther agrees with Eric Boullier on the need to bring down costs in F1:

Why is it that fans would rather see three teams burn exaggerated amounts of money to stay in contention than eight or ten teams all having a reasonable chance? Does it create better racing to have just three? Certainly not, it seems to be the total opposite because the constant aero development made it impossible for the cars to follow each other closely which again caused F1 to run on bicycle wheels with artificial overtake buttons only applicable in certain situations. Very “sophisticated” indeed, but not exactly for the right reasons.

Outspending each other does much, much less for sophistication than the rules take away again. We have lost enough great teams already and been too close to losing even more while the uneven distribution of the revenue prevents the new teams from ever progressing.
Poul Winther (@Poul)

Gerino Gerini, who turns 85 today, started a handful of F1 races in the fifties.

He scored his best result in his first race, a fourth-place finish shared with Chico Landi in the 1956 Argentinian Grand Prix. The pair were six laps down in their Maserati 250F.

He made five further appearances in 1957, again at the wheel of a Maserati, but scored no further points.