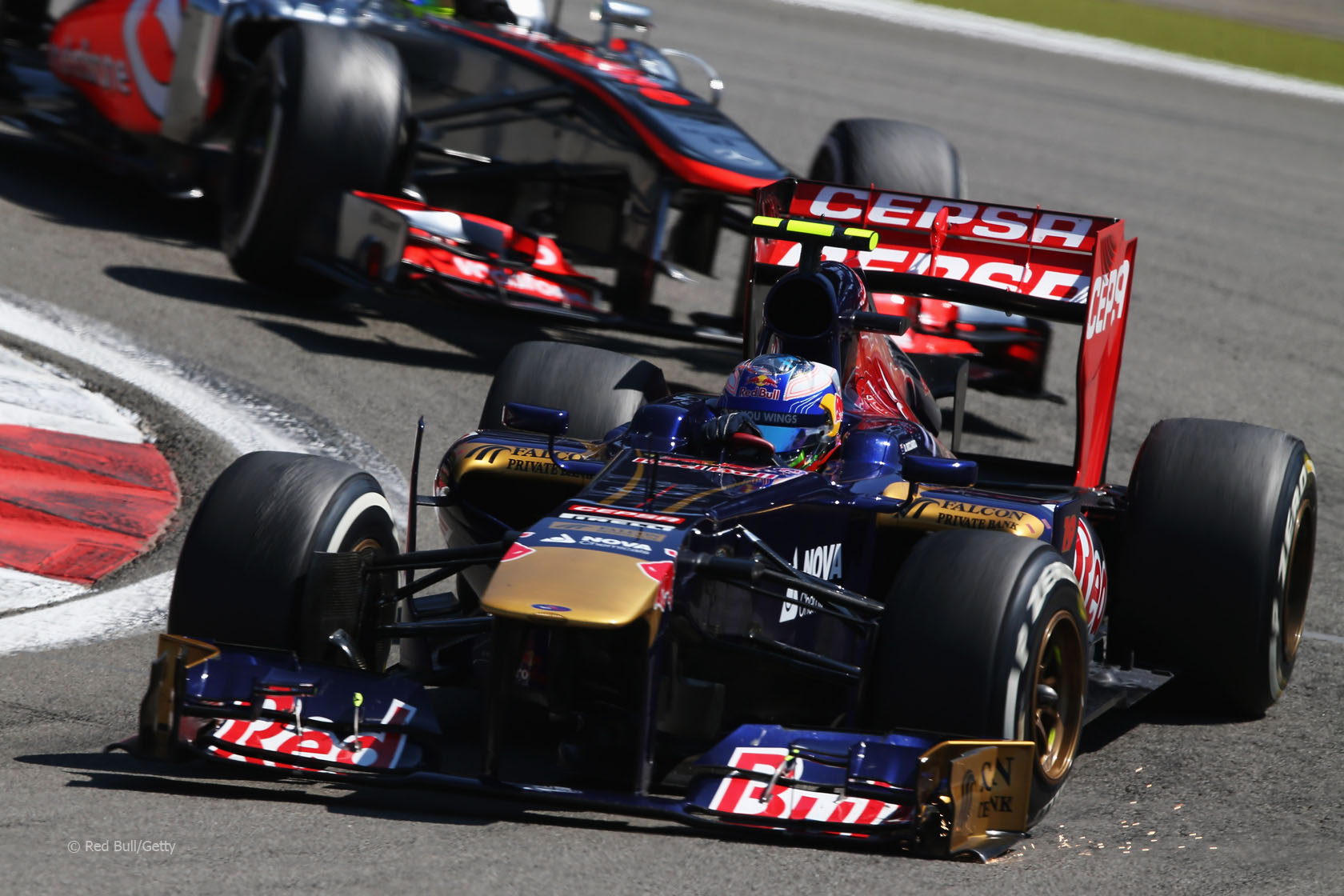 In the round-up: Jean-Eric Vergne says the prevailing view in the F1 paddock is that team mate Daniel Ricciardo is a more consistent performer than him.

Vergne: “If you look at the results this year, I’ve scored more points than Ricciardo, but he’s finished all the races, I haven’t. I have a label on my back. Even if it’s false, in the paddock Ricciardo is seen as consistent and I’m not.”

The ongoing mess that is the Formula (Autosport, subscription required)

“Ecclestone’s disciples point to the scandals and controversies that have afflicted the IOC and FIFA, but this overlooks the fact that they need find but one city every four years. F1 needs to sweet-talk more than 20 a year, and contracts with parties facing various well-documented legal actions hardly reflect well on election manifestos, while ?é?ú12m weddings don’t sit well with the taxpayers who ultimately bankroll grands prix.”

A man for all missions (The Age)

“Tony Gaze, who died last week aged 93, became Australia’s first Formula One driver when he raced in the 1952 Belgian Grand Prix. More laudably, this remarkable man was a Spitfire ace in World War II who in 485 sorties over Europe was responsible for 12.5 aerial combat victories against the Germans.”

“Don?óÔéĽÔäót underestimate the sincerity of [Mark Webber’s] misgivings over the direction F1 is heading in with designed-to-degrade tyres and, next year, tight restrictions on fuel use. I expect he?óÔéĽÔäóll be more vocal about it once he?óÔéĽÔäós joined Porsche in the World Endurance Championship, which is largely free of the gimmicks F1 has got itself hooked on.”

This is my private gym I been working out in everyday!! Nobody but me in this b!*ch!! #putinwork http://t.co/dBiGDZpwBg

Have been starting to do some training little by little again after 1 week off. Feeling very fresh. Next week will be a good training week!

The most recent Caption Competition yielded a bumper crop of comedy quotes. Among the ones I like best were those from Jack, John Kendling, Terrance Hamblin, Klaas, Theoddkiwi, Alex Brown and Chris.

Out of all the great suggestions it took a while to pick one which came out on top. I eventually plumped for this from @Duncf1: “…and we use the blue bottle for Felipe’s car.”

His Lotus team mate Trevor Taylor was second ahead of Jack Brabham.