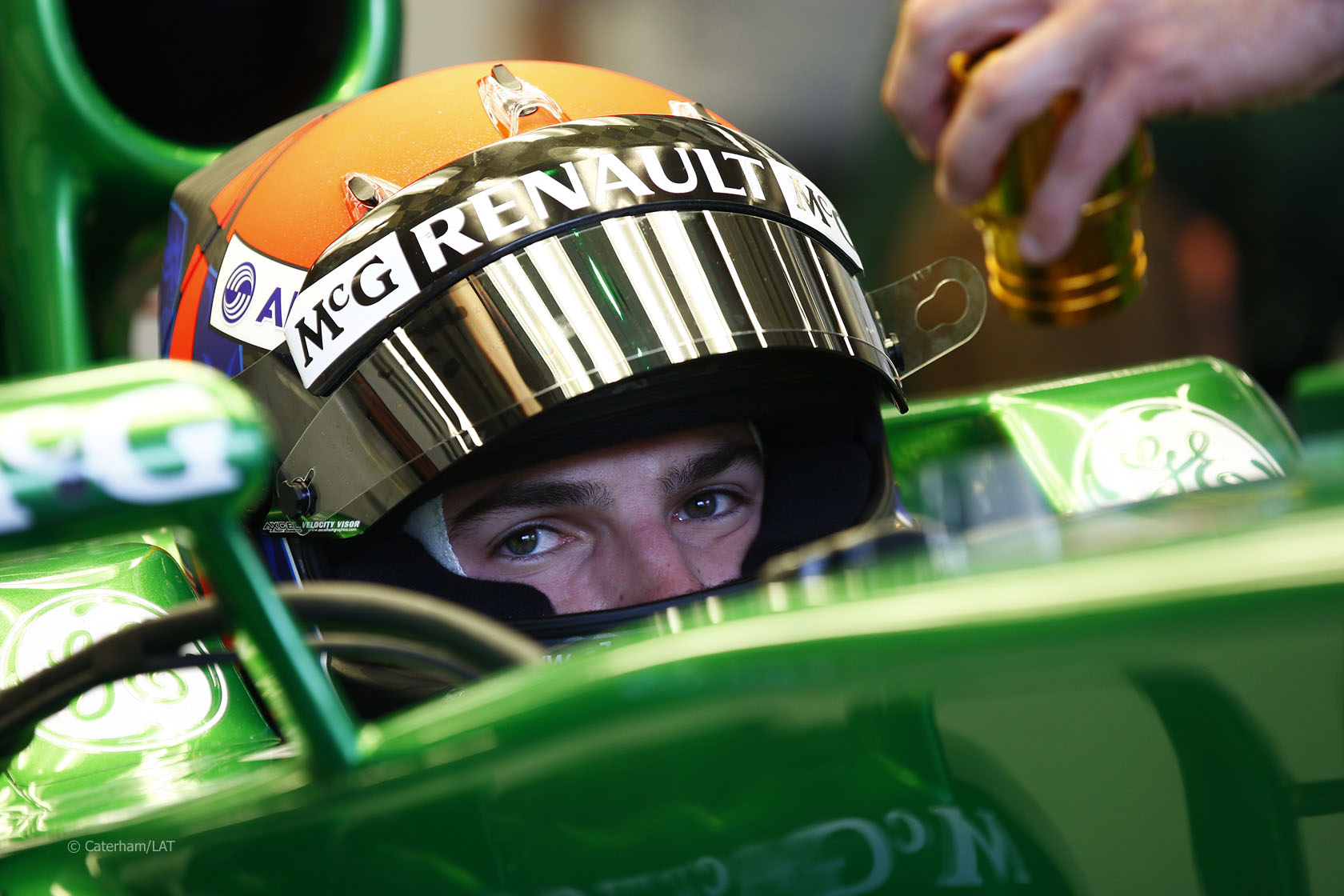 Younger racing drivers are more concerned about safety in motor racing because they are less used to seeing the consequences of serious accidents, according to Caterham’s Alexander Rossi.

In an interview with F1 Fanatic the 21-year-old said today’s current drivers are “fortunate” to be competing at a time of improved safety standards.

But he said that makes it more of a shock when a serious accident happens: “When something does go wrong it starts to appear to be dangerous, it’s not something we can just accept,” he explained.

Rossi competed in this year’s Le Mans 24 Hours during which Allan Simonsen suffered a fatal accident. But accidents of this severity occur less frequently in motor racing than they once did: this was the first fatality at Le Mans since 1997 and the last F1 driver to lose his life in a crash was Ayrton Senna almost 20 years ago.

“At the end of the day while F1 and motor sport is the majority of our lives there has to be a line drawn at some point in terms of where you feel comfortable because if you don’t feel comfortable driving a race car you’re wasting a lot of people’s time,” said Rossi.

“Every time you get in a race car you have to give one hundred percent so if you’re not confident to do that then why bother doing it?”

The issue of driver safety in F1 was raised this year after a series of high-speed tyre failures during the British Grand Prix. The Grand Prix Drivers’ Association threatened to boycott the following race in Germany if similar failures occurred but the weekend passed without any similar incidents. Rossi said his own concern over safety is part of the reason why he isn’t considering a career in IndyCar. Several drivers have expressed concerns about the dangers of racing open-wheel cars on ovals following Dan Wheldon’s fatal crash in 2011.

“For me personally as a driver IndyCar is something I’m not incredibly interested in solely because of the ovals,” said Rossi. “If the majority went back to road courses and street courses like it was, yeah, it’s something I would consider. But for the time being the ovals are something I’m not interested in first of all and second of all I think that I have an opportunity in Formula One and I want to exploit that.”

“I don’t know if it’s this generation or what,” he added, “it’s just something that, for me, the risk is just too high. And I don’t know if in a previous time when accidents happened more often and they were sometimes more severe people got more used to it but as the younger generation is coming up it’s not something we’re used to seeing. When it does happen it definitely puts you off a bit, it comes as a big shock. For me that’s the main reason why IndyCar isn’t an interest.”

Rossi admitted “I haven’t followed [IndyCar] that much since it split”.

“For me in the late nineties growing up I watched Champ Car and for me that was the best championship that there was, for me it was even better than F1. But when they split it ruined it and they lost a lot of fans and people got confused and then it just kind of slid.

“I think IndyCar in its own right is a very competitive championship and very difficult to win. But I think that it’s lost its edge and I think that, if anything, that’s almost a good thing for Formula One because people are kind of looking for something else in terms of open-wheel racing because like I say it’s not that popular.”