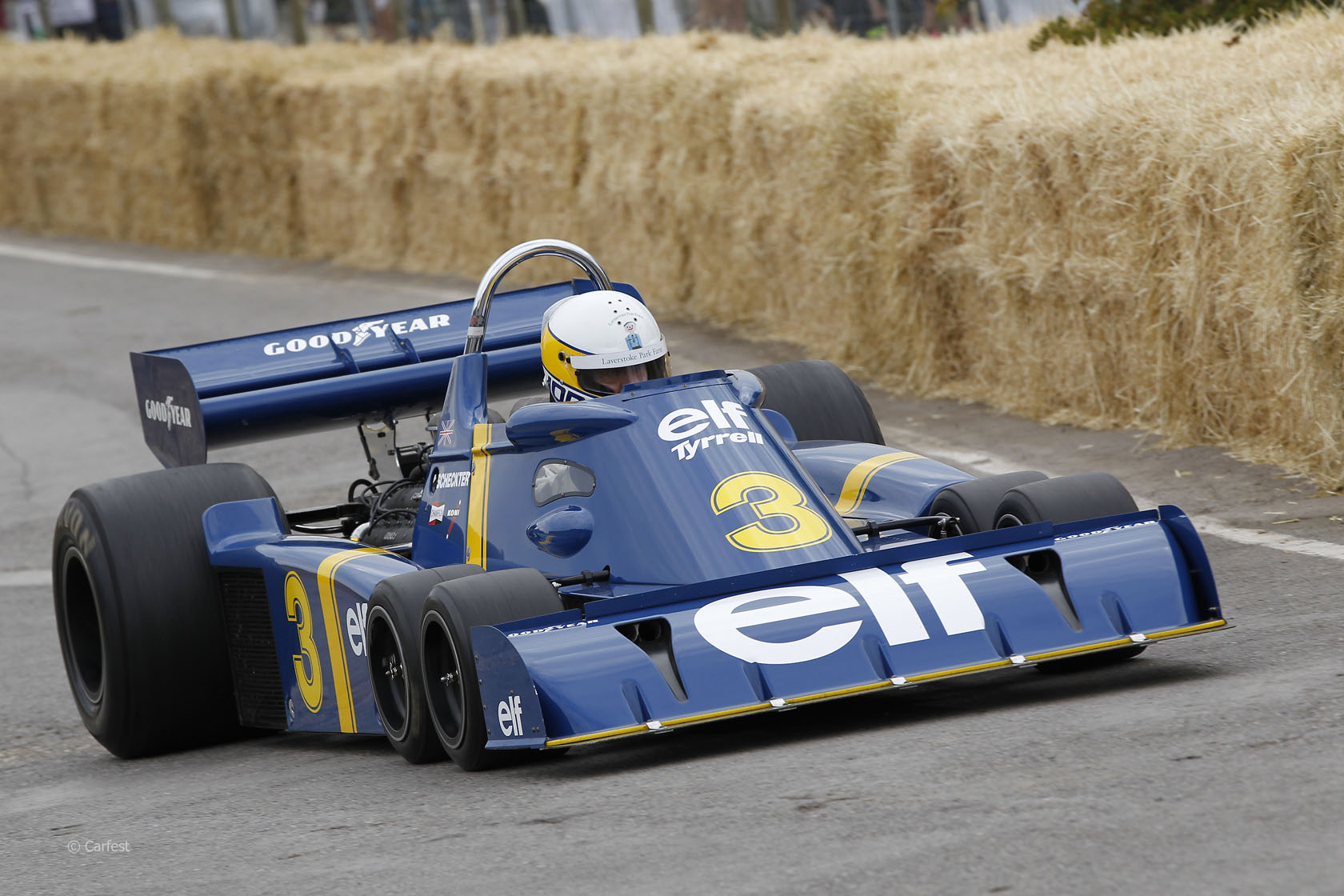 Jody Scheckter, the only driver to win an F1 race in a six-wheeled car, drove the famous Tyrrell for the first time since 1976 last weekend.

Scheckter took the car to victory in the 1976 Swedish Grand Prix at Anderstorp but famously disliked the unusual creation and left the team at the end of the year.

He hasn’t driven the P34 since. But the 1979 world champion got back behind the wheel for last week’s CarFest event at the Laverstoke Park Farm in Hampshire which he owns.

“The Tyrrell wasn?óÔéĽÔäót my favourite F1 car to drive but it was certainly a novelty and it?óÔéĽÔäós a car that everybody loves to see and talk about,” said Scheckter.

“Perhaps, it wasn?óÔéĽÔäót quite as a bad as I remembered, however; after all I did win a Grand Prix in it and managed to finish third in the [1976] world championship. It was very controllable and pretty good on street circuits, too, which means it?óÔéĽÔäós fairly well suited to racing up and down the farm drive here at Laverstoke.”

Six-wheeled car designs were outlawed at the end of 1982. “In those days there was a lot more freedom in the design of Formula One cars,” Scheckter added.

But the radical P34 was more unusual than most. “I think everyone was surprised by the design,” he said, “it was kept very secret, even to us as drivers”.

Scheckter also piloted a Ferrari 312T4 with a flat-12 engine of the type he won the world championship with in 1979 – the last Ferrari driver to do so before Michael Schumacher 21 years later.

Also in action at Laverstoke was a Wolf WR2 driven by Scheckter’s son Tomas, a former IndyCar driver. Scheckter made history by giving Wolf a victory in their first race at Buenos Aires in 1977.