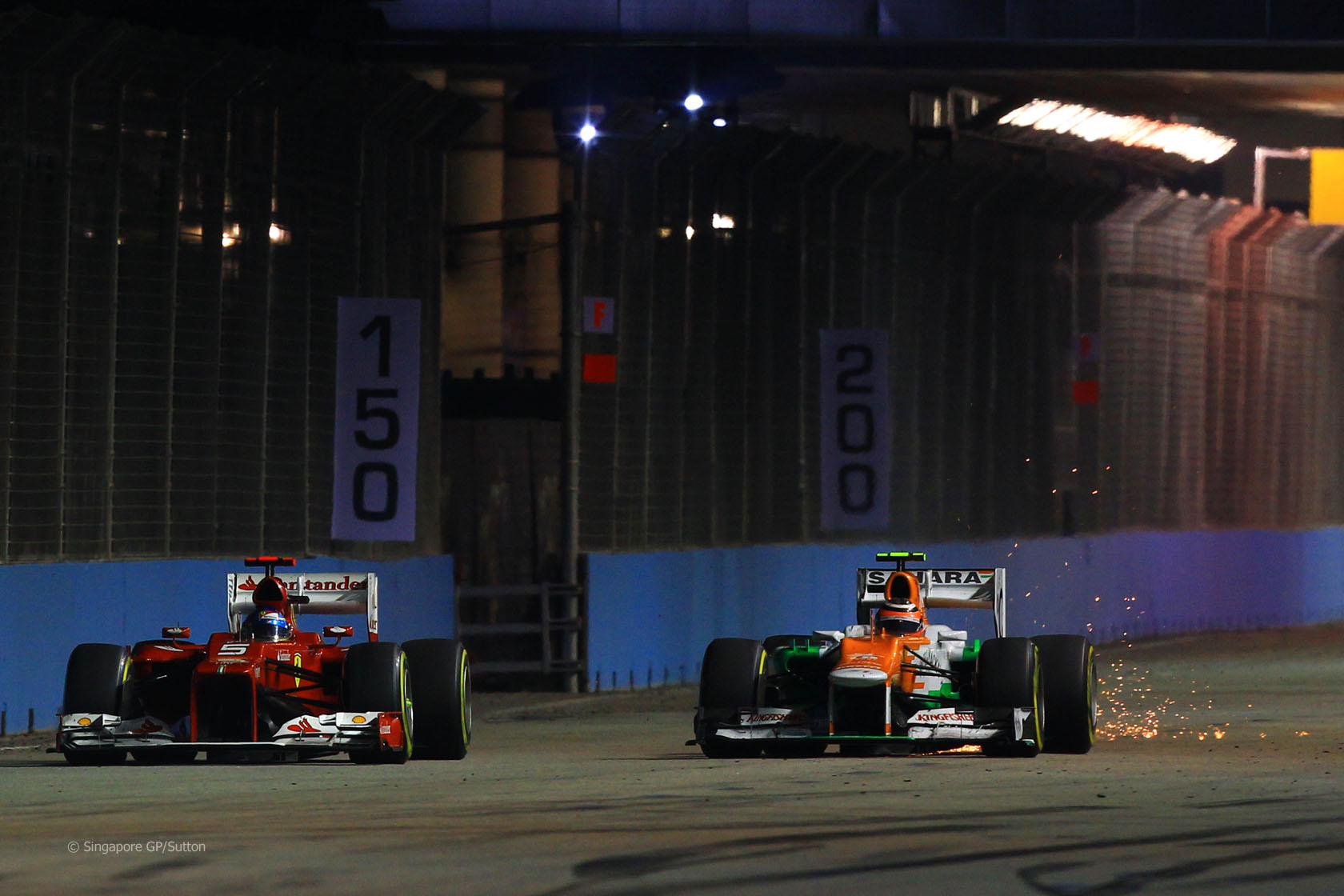 The Marina Bay circuit in Singapore will have a second DRS zone for this year’s race but teams are doubtful how much of an effect it will have on racing.

The extra DRS zone will be on the pit straight with the detection point on the approach to turn 22. The original DRS zone at the exit of turn five leading to Memorial corner will remain.

However Lotus’s trackside operations director Alan Permane expects the extra DRS zone will do little to make it easier for drivers to pass each other.

“The additional DRS zone along the pit straight is very short so we wouldn?óÔéĽÔäót expect that to have much of a bearing on overtaking,” said Permane.

“It may help a driver close up to the car in front through the opening sequence of corners, but even the original section from turn five to seven is quite a tricky place to make a move so it?óÔéĽÔäós unlikely to have a major influence.”

The map below also gives an impression of how turn ten has been reshaped following the removal of the Singapore Sling chicane: