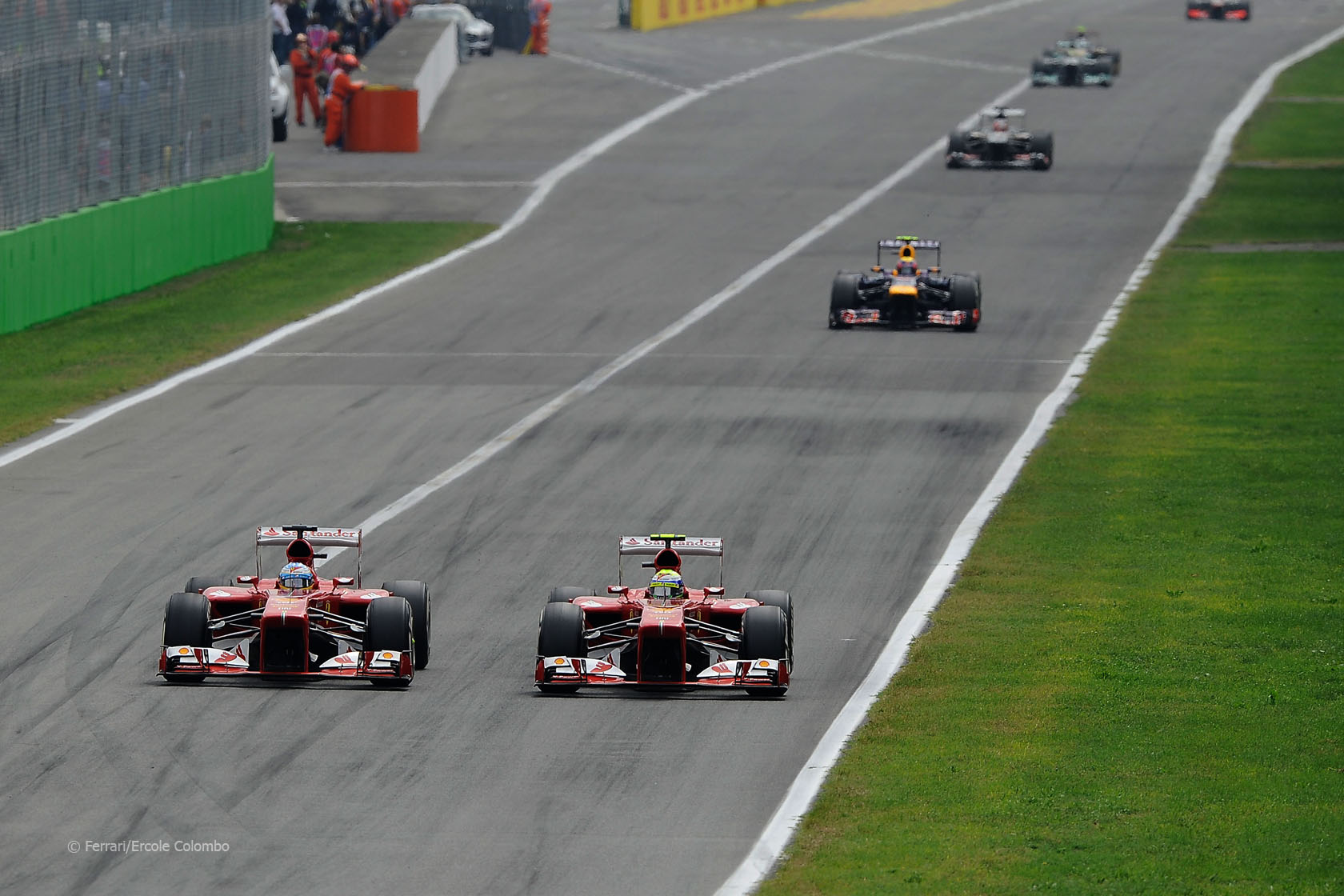 In the round-up: Jenson Button says Fernando Alonso will find Kimi Raikkonen is less ready to sacrifice his own chances for Alonso’s benefit than Felipe Massa was.

“Alonso’s probably used to a different style of team mate over the last few years with Felipe. A guy who’s quick, but pretty much has to do what Fernando says I guess when it comes to team orders. Kimi will not be like that.”

Monisha Kaltenborn: “What most don’t see is that he does very good preparation and set-up work and very often that is not reflected in his results. But he is on the right way there.”

“The Podium Lounge party is back this year, giving a lucky ?óÔéĽÔÇŘ or wealthy ?óÔéĽÔÇŘ few the chance to party with F1 racers, models and other celebrities.”

“If Chilton continues to perform as well as he did at the Australian Grand Prix, where he raced for the Marussia team, he could become the next Lewis Hamilton or Jenson Button.”

Successfully predict the outcome of the #SingaporeGP with @F1Fanatic_co_uk and win a copy of #F12013! Enter here: http://t.co/ANSUUbHDYm

Vettel is almost here! His figure has been spotted hitching in London on the last leg of his journey #WheresVettel pic.twitter.com/9ZaODuTWTj

@Ifelix on the qualifying battle between Mercedes and Red Bull:

What is amazing is that despite the fact that Mercedes won the pole position in ten out of twelve races, the average grid position of Vettel is 2.5 while those of Rosberg and Hamilton are 3.25 and 4.17 respectively.

This shows how consistent this guy is, as there is no question that Mercedes are the fastest car over one lap this season (although I think this average has been a bit skewed by failing to reach Q3 in Monza for both Mercedes drivers).
@Ifelix

Happy birthday to Brian Henton who is 67 today. Henton is one of two drivers to have set a fastest lap in F1 but never scored a point. The other, Esteban Gutierrez, still has time to notch up that first point.

47 comments on “Alonso will get less help from Raikkonen – Button”