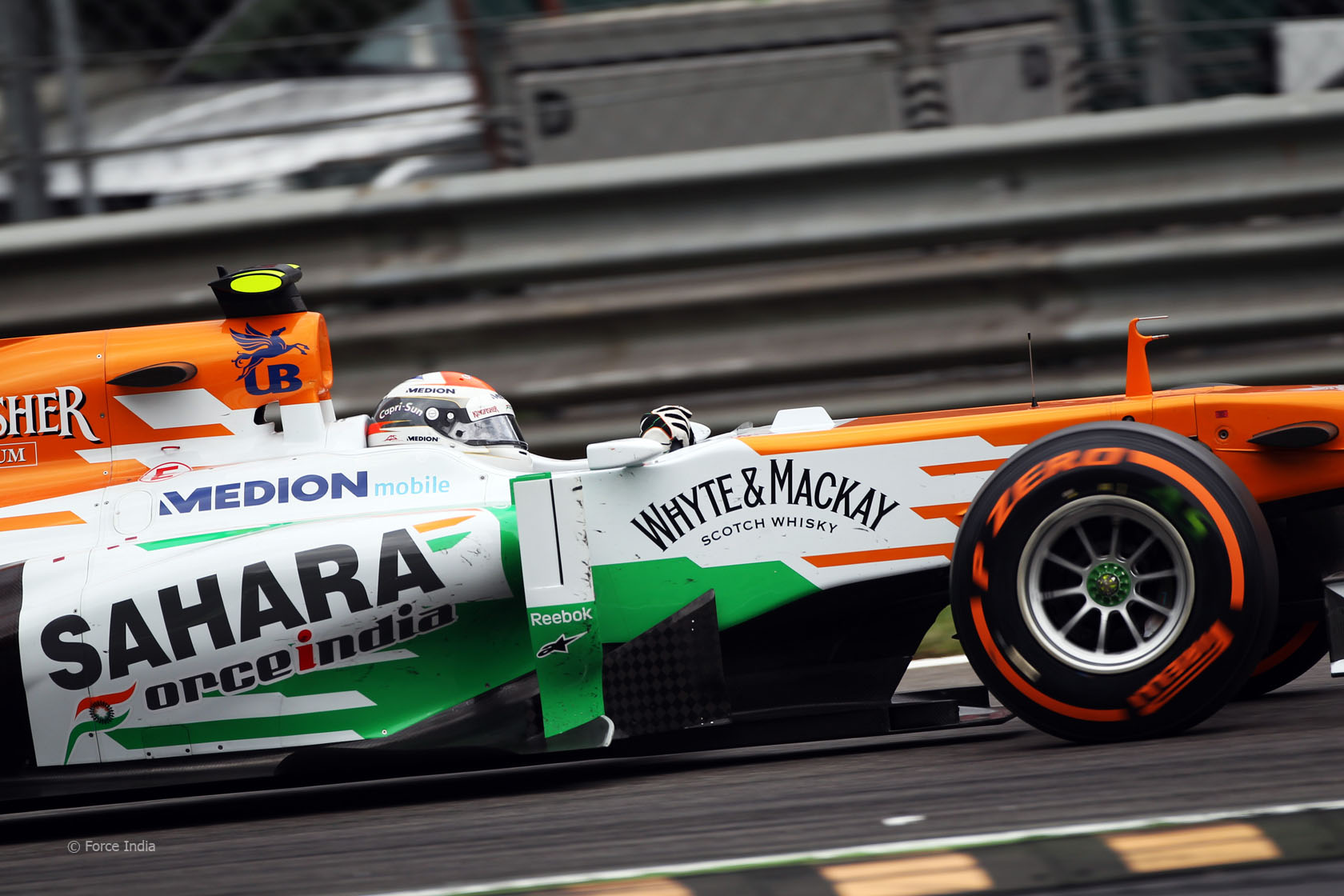 Adrian Sutil says the new tyres introduced by Pirelli following the British Grand Prix have been the cause of Force India’s slump in performance.

Pirelli began altering its compounds after a spate of high-speed failures at Silverstone. In the four races since Force India have added just two points to the 59 they’d scored previously.

Asked if all the team’s problems we’re tyre-related Sutil said: “Yeah, I think so.”

“Since the new tyres came in there was clearly a step down for us. We used to be able to do one less stop in the race which was a big advantage compared to others, and also general balance of the car was much better.”

Sutil said the team have been trying to regain their lost performance since then. “Spa was still OK but Monza was a big disappointment,” he said. “Coming here of course we try to improve our performance again.”

“I don’t think we can get everything out of our package and we don’t develop the car any more, that’s clear, but it’s not different to other teams. So we have to get back again where we used to be and I think even with this car we can show more. In Singapore here I expect a better performance.”