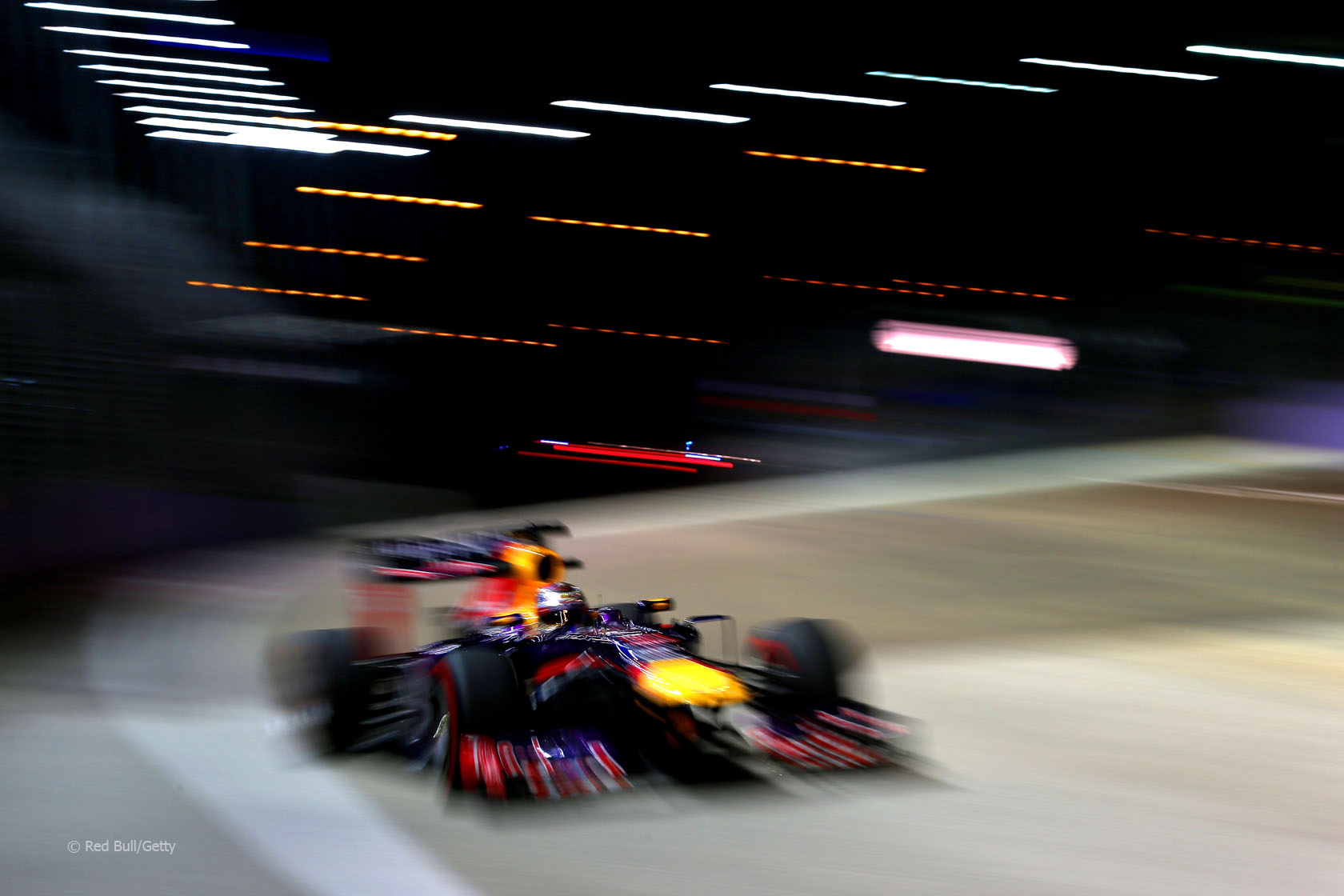 Red Bull were the team to beat at Singapore on Friday: the RB9 was a second quicker around the Marina Bay circuit than any other car – in Sebastian Vettel’s hands at least.

It fits the recent pattern of Red Bull being substantially quicker than their rivals during Friday practice, but not as far ahead on Saturday. Still it’s hard to see even the likes of Mercedes finding the second they need to catch their rivals within the next 24 hours.

Lewis Hamilton topped the times for Mercedes in the first practice session but was less happy with his W04 later in the evening. “The balance of the car felt really good in first practice but it definitely went away from us in second practice,” he said.

The early signs haven’t been encouraging for Ferrari, who hoped to be closer to Red Bull’s pace on F1’s return to a higher downforce track. But Fernando Alonso found himself behind both Mercees and a Lotus while Felipe Massa languished in 15th.

“We decided to go in another direction to try and find a set-up with which I was more comfortable on this track,” explained Massa. “Unfortunately this did not produce the results we were expecting.”

Vettel’s fastest lap in second practice was over four seconds faster than he managed in the same session last year. Mercedes estimate less than half of that – 1.5 seconds – has come from the changes to turn ten, which is now a left-hand turn instead of a chicane.

The rest of the time gain is likely to come from the resurfacing work done at the track. Turns one to three, the exit of turn five, turns eight to nine, part of turn ten, the entry to turn 14 and part of the pit straight have all been repaved.

The teams also discovered a significant gap in performance between Pirelli’s medium compound tyre and the super-soft. The tyre manufacture estimated the super-softs were worth two seconds per lap, but some drivers found even more than that.

“It?óÔéĽÔäós strange how much of a difference there seems to be between the tyres,” said Jenson Button. “I found about three seconds from my [medium] run to my [super-soft] run.”

“On the long runs at the end of second practice, the [super-soft] tyre felt good; but, as soon as we put the [medium] tyre on, there was lower grip and we struggled to get good balance.”

Here’s all the data from practice for the Singapore Grand Prix:

33 comments on “Red Bull streets ahead in Singapore”