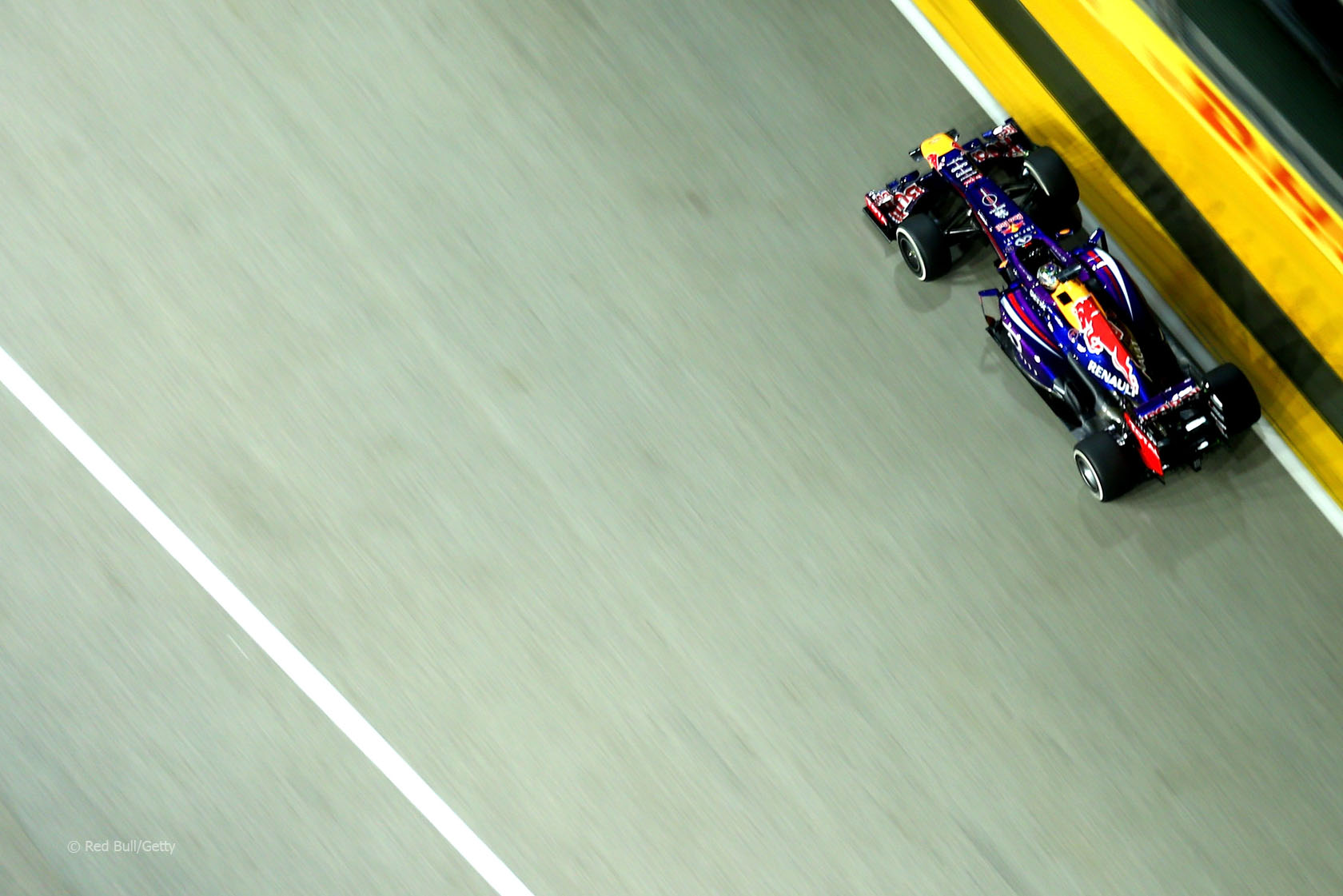 Red Bull were emphatically fastest in the second practice session in Singapore.

Sebastian Vettel produced a lap of 1’44.249 on the super-soft tyres putting him more than half a second fastest than team mate Mark Webber and a second quicker than the other runners.

However Webber had been the quickest of the two Red Bulls while they were circulating on the medium compounds. Most drivers found a significant performance gain from the softer tyres in the region of two seconds per lap.

Behind the flying Red Bulls there was little separating the Mercedes drivers from the quickest of the Lotuses. That was Romain Grosjean, who endured another disrupted session.

Grosjean again missed some of the early running due to car problems. Once he joined the track he reported braking problems, then pulled into the pits again with a quarter of an hour to go. Despite the interruptions he managed to post the fifth-quickest time.

One of the Force Indias made it into the top ten thanks to Adrian Sutil, who was two hundredths of a second faster than Sergio Perez’s McLaren.

The only driver to make contact with the wall was Pastor Maldonado, who ran wide at turn 13 and nudged a barrier with his front wing. That forced him into the pits for a replacement.