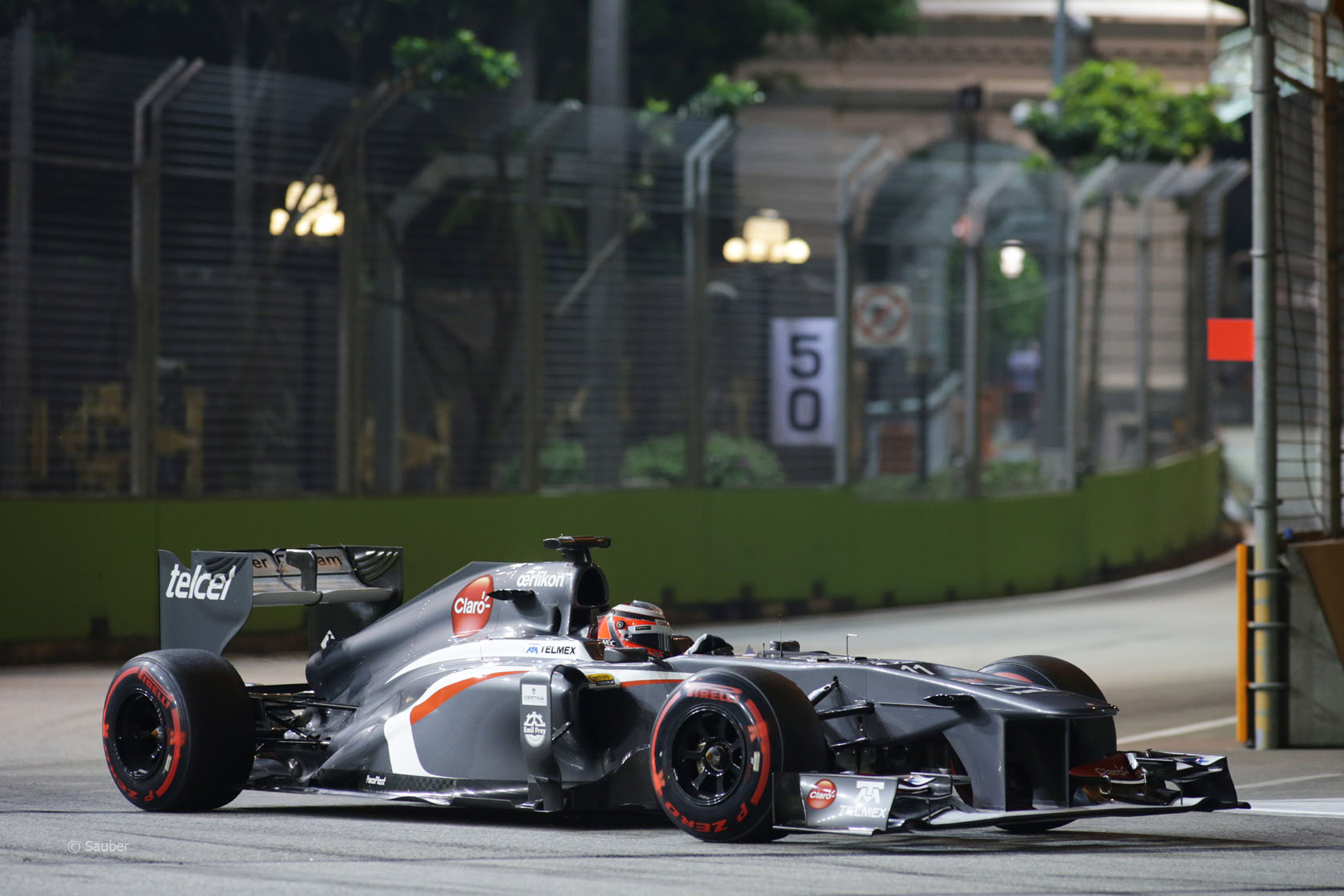 F1 drivers have welcomed the changes made to Singapore’s turn ten this weekend.

The Singapore Sling chicane, which had previously been criticised by some drivers, has been replaced with a more conventional left-hand corner, guarded by TecPro barriers on the outside.

Lewis Hamilton, who had criticised the old chicane, was among the driver who praised the new corner.

“The circuit is much improved here without the chicane and Turn 10 feels like a much nicer corner now,” said Hamilton after the first day of running on the revised track. Mercedes estimate the change to the corner has reduced lap times by 1.5 seconds.

Sebastian Vettel said the new turn is “the best solution we have with the space that?óÔéĽÔäós available”.

Fellow Red Bull driver Mark Webber explained the choices and compromises at work behind the decision to change the corner:

“It’s been a difficult site for us to get right over the years. [Race director] Charlie [Whiting] is the first to admit that they’ve tried to find different scenarios to get us happy there and to get him happy with his numbers in terms of the run-off.

“The TecPro stuff is for me, I’m not… you know I’ve hit that here at turn one with a brake failure [in 2009] and it’s not… I preferred my Valencia crash, actually, compared to the TecPro stuff.

“It’s still, I believe, probably a safer corner now because if you have a failure in the old corner, and jumping those kerbs, when you’ve got a car which is on the plank, that’s not very good for us. So at least we now have an alley to go down – OK, it might be a little bit quicker, but the car will still be on the ground when it hits the barriers.”