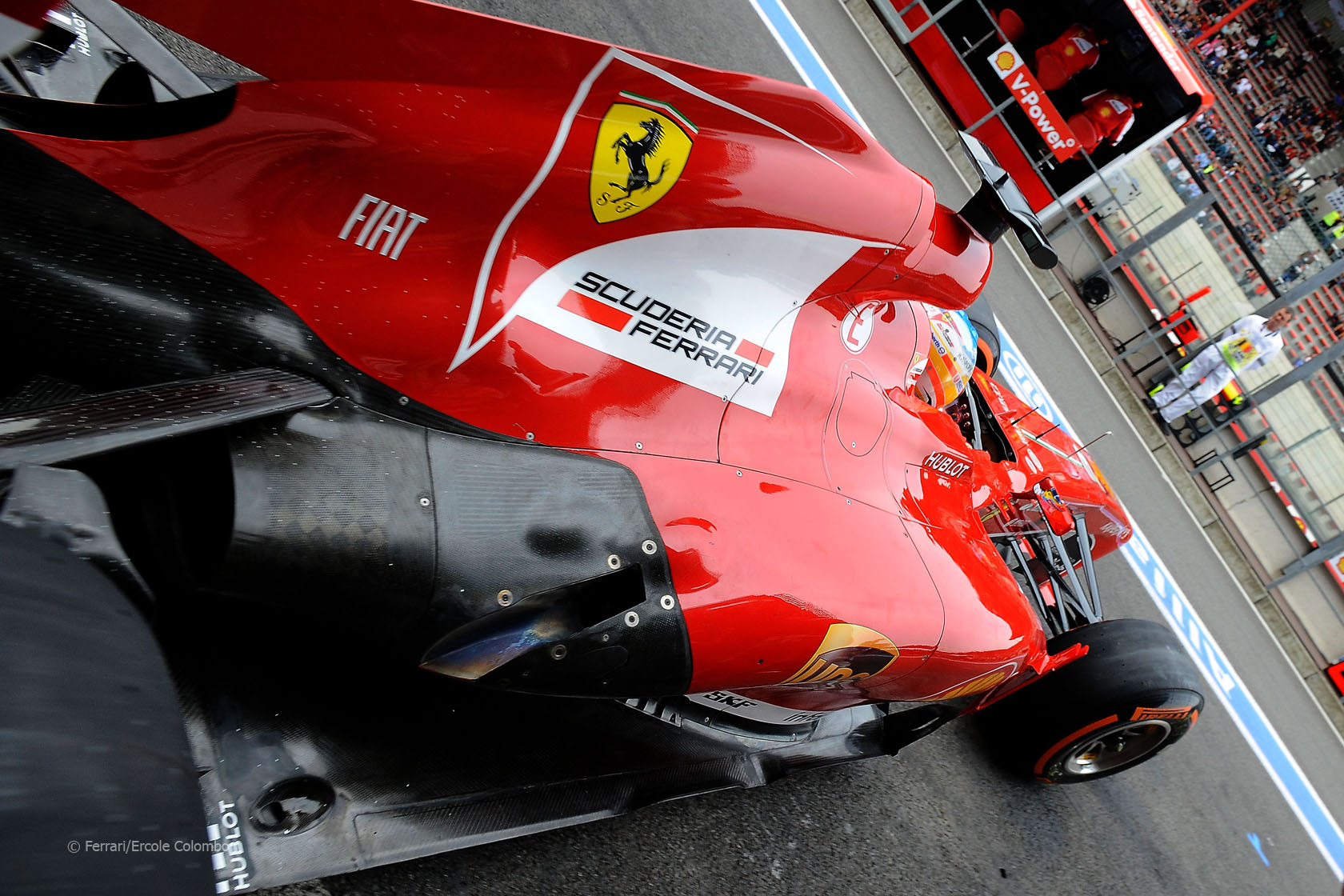 In the round-up: Bernie Ecclestone says Ferrari should have used its political clout to veto the new 2014 engine regulations.

For Bernie Ecclestone, Business as Usual (The New York Times)

“The one that could have stopped [the 2014 engine rules], really, was Ferrari. Ferrari had a veto over a lot of these changes when they were made, and they didn?óÔéĽÔäót veto it. If they had, I?óÔéĽÔäód have completely supported it.”

Fernando Alonso quashes rumours of return to McLaren (The Guardian)

“I repeat it more or less every weekend and I keep repeating it ?óÔéĽÔÇŁ I love Ferrari and I will stay at Ferrari until the end. It’s nice to hear comments from all the team principals every year saying they respect my job and personality, especially McLaren.”

“According to the Munich prosecutor’s office, it is still waiting for additional information from Ecclestone?óÔéĽÔäós lawyers and a decision this year is ‘no longer expected’.”

Eric Boullier: “The truth is that yes, we owe [Kimi Raikkonen] money so that?óÔéĽÔäós true. He?óÔéĽÔäós going to be paid, that?óÔéĽÔäós true too and if you want to have a little bit more of the story, last year in the same period it was the same story: we were owing him some money but at the end of the year he was fully paid. It?óÔéĽÔäós just the way we manage our cash flow. Unfortunately we are not as rich as some other teams on the grid.”

“I am here for next year, and let’s see – hopefully we can be back to fight for a championship next year.”

“A well-placed F1 source said an offer was now on the table. ‘The deal is pretty much done,’ the source said, ‘and will now go to the cabinet for approval.'”

“I’m planning to be here next year so there’s nothing else happening, I can guarantee it.”

“I won here in 2009 and feel like I have been the moral victor twice as well. Last year, I was leading comfortably when my McLaren’s gearbox broke, and in 2008 I was second behind Ferrari’s Felipe Massa and on a strategy that could have won me the race – then came the Safety Car period after Nelson Piquet [Jnr] deliberately crashed his Renault and I ended up third behind Fernando Alonso and Nico Rosberg.”

“Symonds and Flavio Briatore, Renault?óÔéĽÔäós team principal at the time, were involved in giving the order. Symonds was banned for five years, later reduced to three. He refuses to discuss the incident.”

Whitmarsh very clear – no contact with Alonso. Doesn't make for such a good headline does it? #tabloidjournalism

Thoughts from @Garns on the prospects for the rest of the weekend:

We have seen a few times this year that Mercedes lead first practice, Red Bull second practice then its a battle for pole – hopefully the same tomorrow night. Mark Webber needs one in his final year!

What is happening with Jules Bianchi of late? It seems to me he is off the great fine form he saw in his first few races now not looking as strong against Max Chilton.
@Garns

Jim Clark capped a successful year by winning the International Gold Cup trophy at Oulton Park in his Lotus 25.

Here’s some rare onboard footage of him in action on the Cheshire track:

57 comments on “Ferrari should have vetoed V6 engines – Ecclestone”