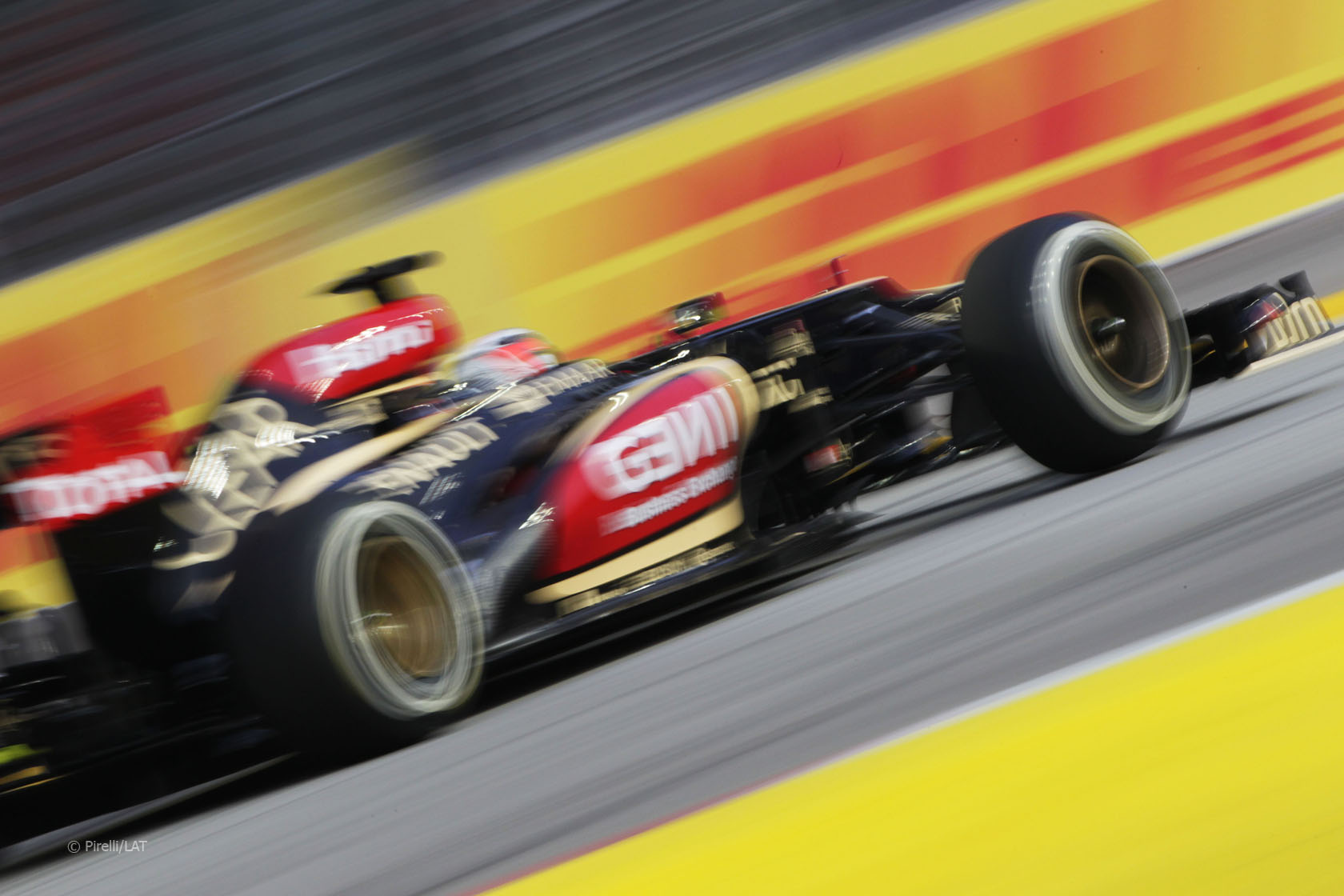 Eric Boullier praised the effort of departing driver Kimi Raikkonen to take third place in the Singapore Grand Prix despite his back pain.

Raikkonen gained ten places during the race to finish on the podium. Boullier said his driver, who will join Ferrari next year, “did a brilliant job”.

“He didn’t do any mistake and he was there when we asked him to push,” said Boullier.

Obviously he was helped by a brilliant strategy. A lot of clear laps at the beginning, it helps. We pitted him early on purpose, he got a lot of free air laps where he could obviously push, he got a couple of cars before which helped as well.”

Raikkonen said his back didn’t hurt too much during the race but admitted “it’s not a hundred percent” afterwards. “But it doesn’t matter we have two weeks’ time to rest and get it right.”

He doubted he could have achieved much more than third place: “I think I had really good speed and I could overtake a few people.”

“In the end I was following Jenson [Button] and I could see that his tyres were going off so I just gave some pressure and then I had to try to get past him because some obviously people changed tyres and they [were] catching us quickly.

“But I managed to pass him and pull away and luckily nobody managed to catch me in the end so not too bad.”