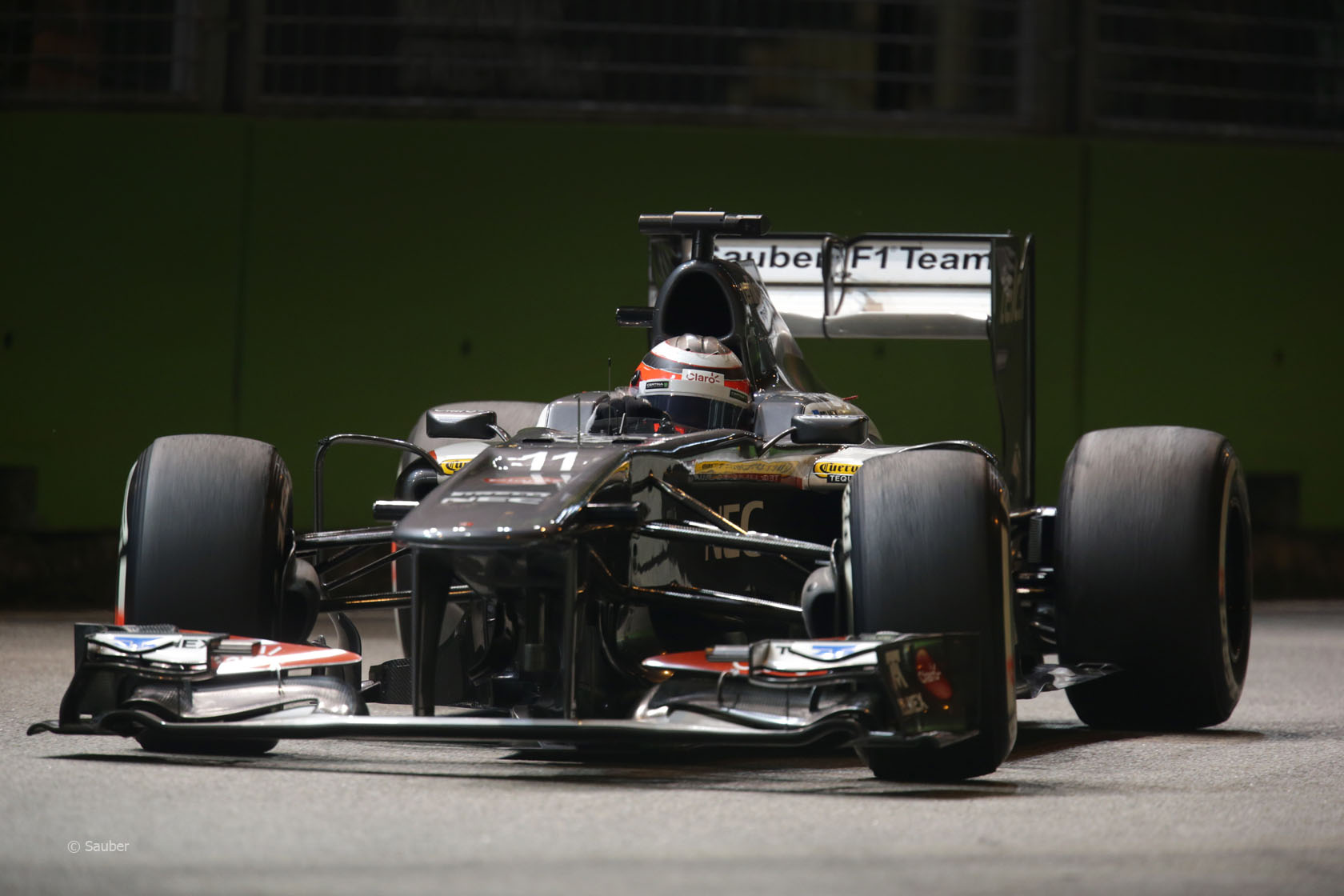 Nico Hulkenberg says he shouldn’t have been told to let Sergio Perez past during the Singapore Grand Prix.

Hulkenberg was told to let the McLaren driver past after going off the track at turn seven during the race while the pair were fighting for position.

“In the end, I did have to give back the position to him and I don?óÔéĽÔäót quite agree with that,” said Hulkenberg.

“There was a Williams [Pastor Maldonado] in the fight as well, Sergio was on the inside, but I had to leave space and caught the outer kerb. Then my car bottomed and I was off, however, I was in front of Sergio before and after the corner.”

“He did not gain an advantage, but merely avoided a collision by leaving the track,” Kaltenborn added. “However, we have to accept this decision.”

Hulkenberg finished the race in ninth position. “All in all we can be happy,” he said. “”We brought home two points.”

33 comments on “Hulkenberg disagrees with stewards over Perez move”