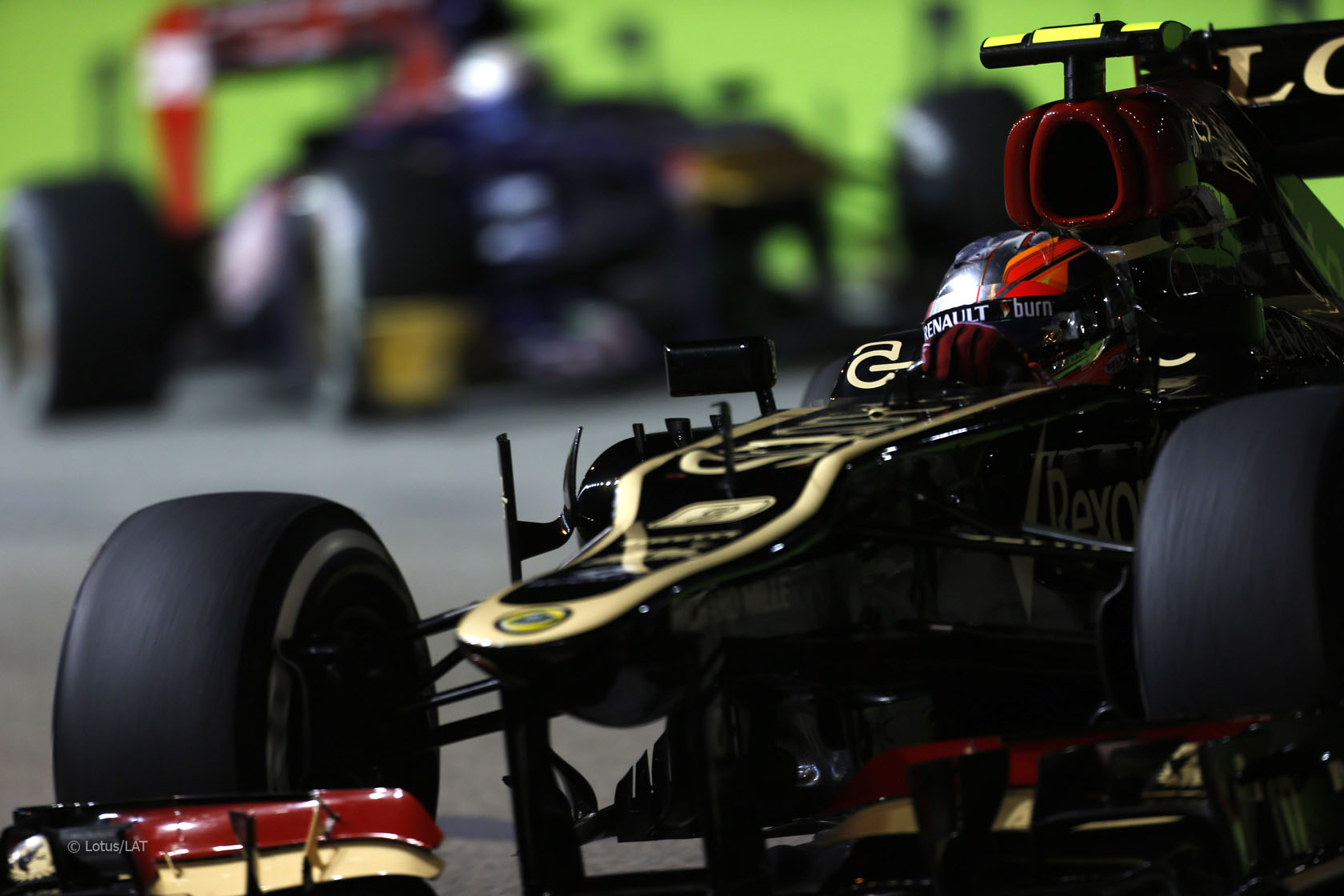 Lotus have been given a reprimand following a pit lane safety rules infringement during the Singapore Grand Prix.

A member of the team’s pit crew was not wearing head protection when Romain Grosjean made a pit stop during the race.

The stewards ruled Lotus were in violation of article 23.11 of the Sporting Regulations which states: “All team personnel carrying out any work on a car during a race pit stop must be wearing head protection.”