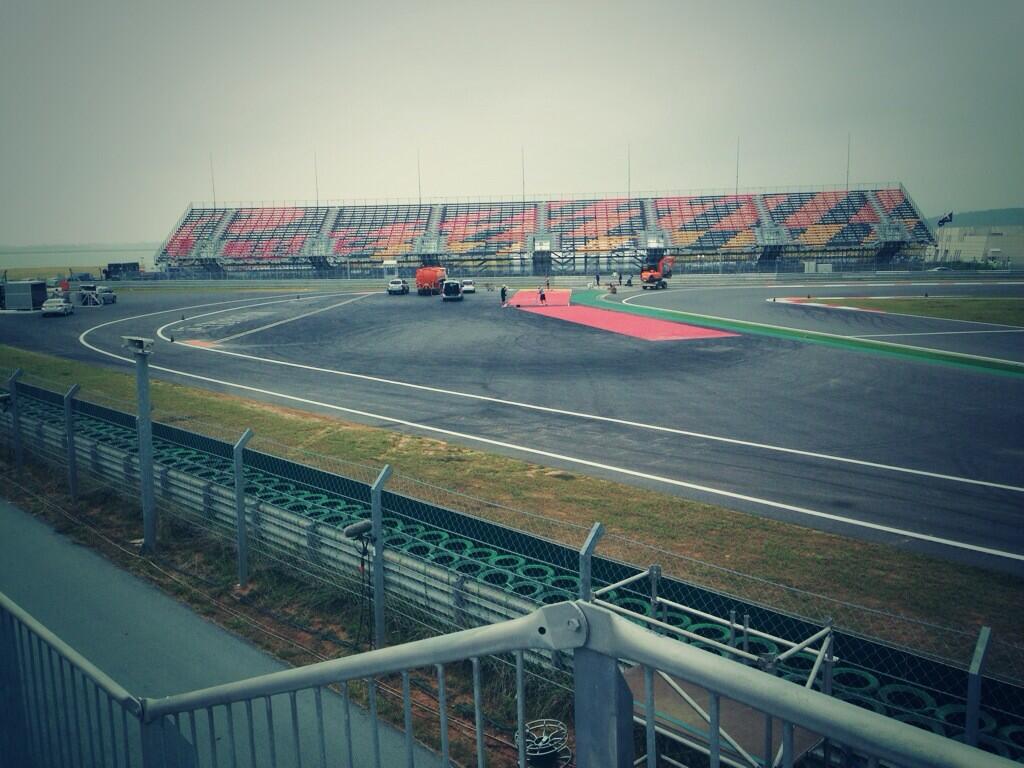 The Korea race organisers have made changes to the problematic pit lane exit on the circuit.

Cars used to rejoin the track from the pits on the outside of turn one, leaving them vulnerable if a car entering the corner had to run wide.

This year the pit lane exit will run through the turn one run-off area, moving the flow of pit exit traffic further away from the racing line.

Other improvements have also been made to the track, mainly to the run-off areas and exit kerbs.

Last year Lewis Hamilton’s race was spoiled when a large piece of artificial grass became attached to his car. According to the FIA the material has been replaced at turns one, three, ten, thirteen and fifteen with a “more hard-wearing product”.

Asphalt has been applied to the verges at some corners to make the run-off spaces more durable. And ‘sausage’ kerbs have been installed at turns four, five, nine, eleven, thirteen and fourteen to discourage corner-cutting.