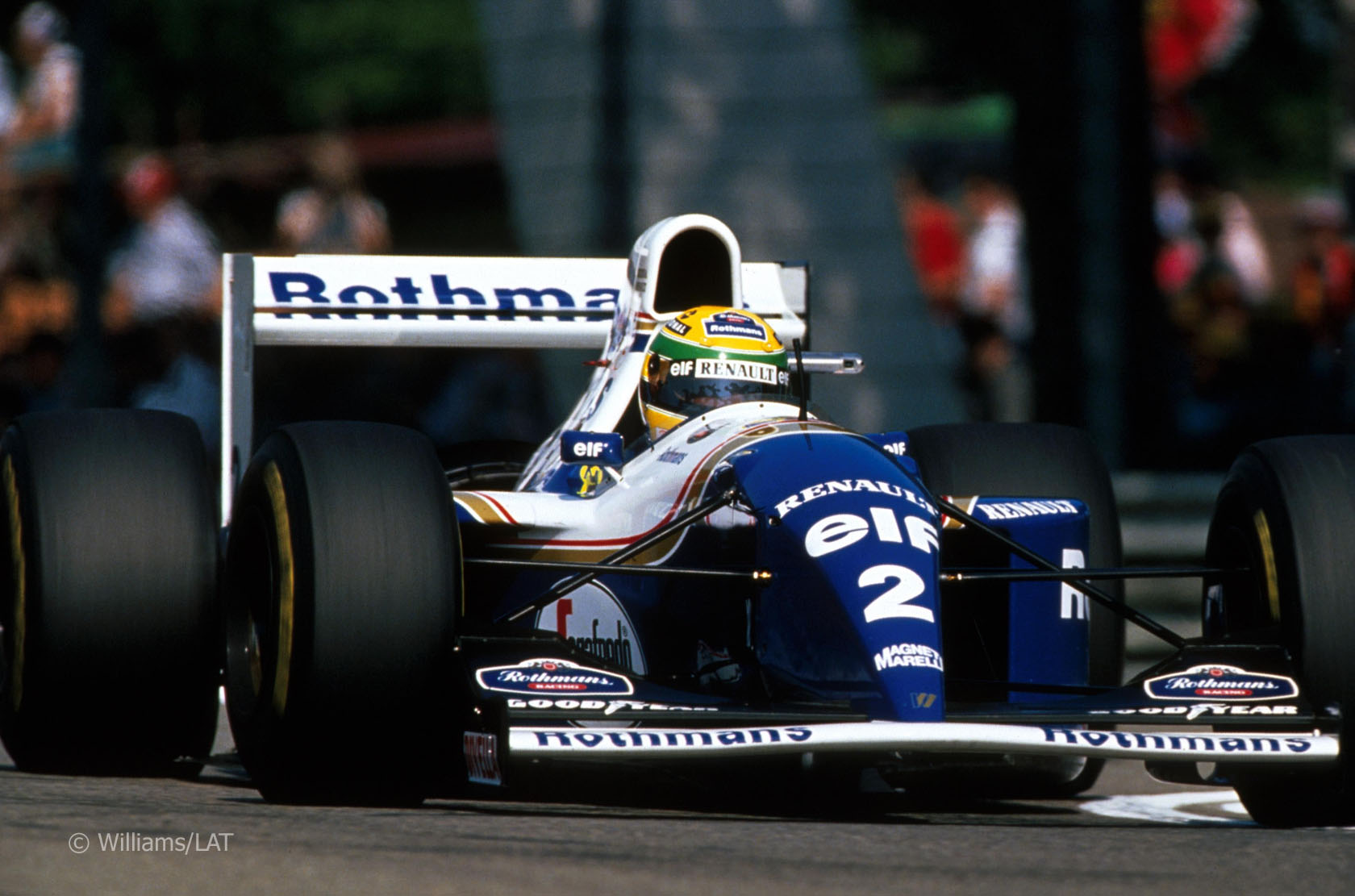 In the round-up: Adrian Newey says he is still troubled by not knowing what caused Ayrton Senna’s fatal accident 19 years ago.

“What happened that day, what caused the accident, still haunts me to this day.”

Korean Grand Prix promoter Won-Hwa Park: “I would say fifty-fifty [chance of the race continuing], but we are very much firm in continuously holding this event.”

“It is theoretically easy to modulate the output torque and charging input torque to an electric motor/generator using capacitors, batteries, inductors and a feedback signal. Torque changes are instant and control is easy and legal.”

A summit meeting to talk about the future (Ferrari)

“There are still important goals to reach but also plenty of opportunities to collect important information ahead of 2014, a year when the cars will see a host of technical changes. These were among the subjects that [Luca di] Montezemolo and [Fernando] Alonso discussed at their first meeting since the Saturday of qualifying at the Italian Grand Prix at Monza.”

“Turnover was down from ?é?ú172.3m to ?é?ú165.7m, which the team says is ‘wholly due to the changing business relationship with former shareholder Daimler.'”

“David Ward, a candidate in the FIA 2013 Presidential election, has written to FIA Clubs warning that the FIA?óÔéĽÔäós election rules could prevent any candidate from being eligible to challenge the incumbent Jean Todt.”

Deputy team principal Bob Fernley: “You would be surprised how many good quality drivers there are but if you are being realistic, there are probably three seats for four quality drivers. That’s obviously one at Lotus and two at Force India.”

@SportmphMark tell me about it. Haven't eaten for last 5 years!. Min weight been to low since for ages. Perfect driver now weight 60/65kg.

Vettel has led 153 out of 165 laps at the Korea International Circuit. Had his engine not failed in 2010 he'd have won all three races. #F1

More DRS in Korea this year and not everyone’s happy with that:

DRS seems like some insidious godly test sent to measure my love for the sport. I?óÔéĽÔäóm still here but I?óÔéĽÔäóm losing faith.
@ElBasque

Max Papis, who turns 44 today, only entered seven races in Formula One, his best finish a just-outside-the-points seventh at Monza in 1995.

After that he headed for North America where he has enjoyed a diverse career ever since. He entered CART in 1996, taking the place of Jeff Krosnoff who tragically lost his life in a crash in Toronto.

In the following season he picked up a handful of wins and later made starts in the breakaway Indy Racing League as well. He has since raced in the American Le Mans Series, A1 Grand Prix and various NASCAR categories.