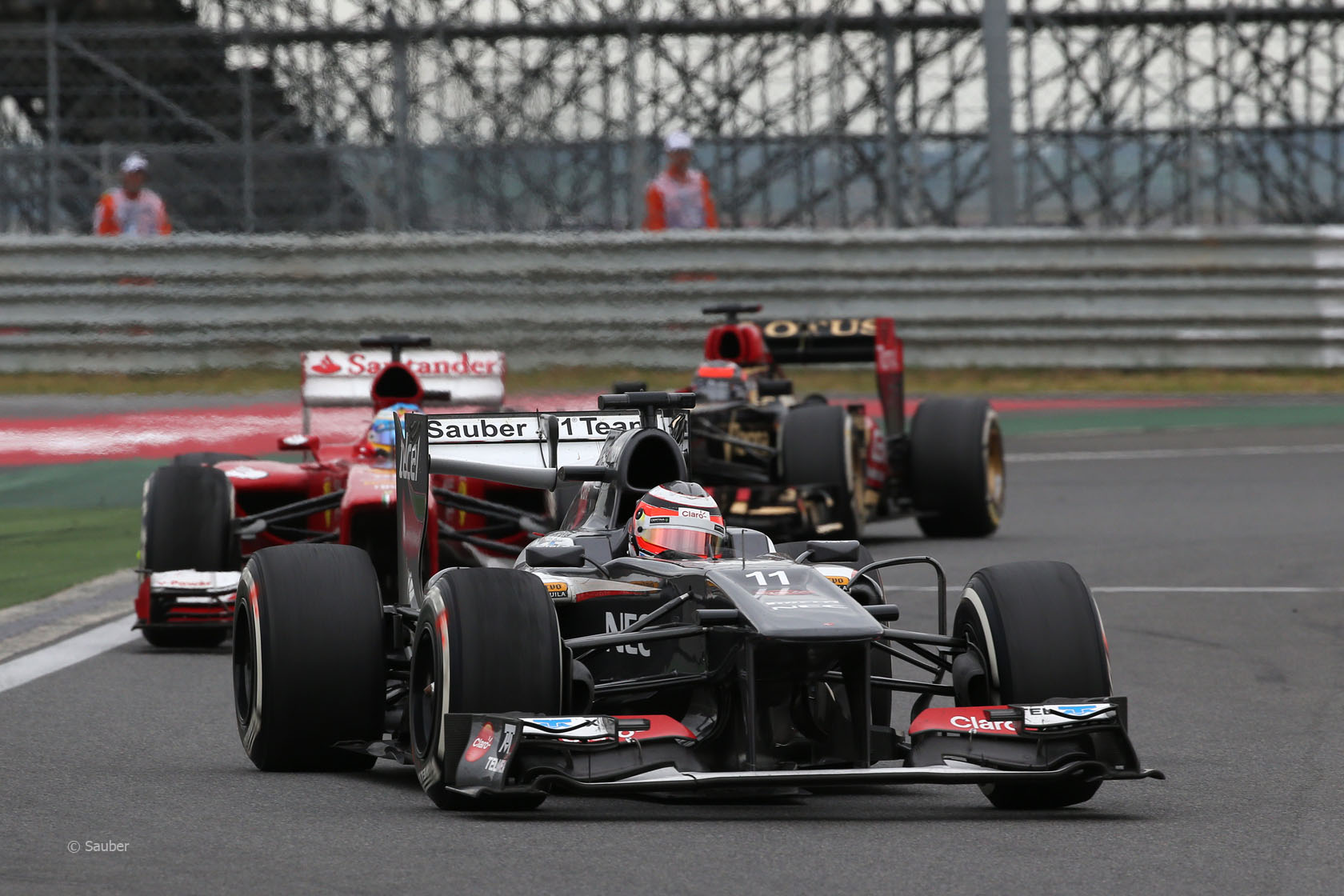 Nico Hulkenberg says Sauber exploited an opportunity to finish ahead of quicker cars in Korea.

“What we did in Korea was obviously outstanding and I’m really happy and proud about that,” said Hulkenberg, who finished fourth in Sunday’s race.

“But we probably punched above our weight there and out-performed a few cars which we shouldn’t do. There was this opportunity and we grabbed it – that was very good.”

Hulkenberg said a combination of car upgrades and the mid-season change to the tyres had helped make Sauber more competitive.

“I certainly haven’t changed,” he said. “I think the car, of course we put on some updates, a big one in Budapest which we now understood better and better. And then some small bits and bobs and I think the tyres did the rest to it.”

Hulkenberg has been linked with a move to Lotus for next year but he contradicted claims he has given them until the end of the month to decide whether they want his services.

“I have not set a deadline,” he said, “I think that was a misunderstanding and someone not laying it out correctly. What I’ve basically said is that I would like to have clarification or certainty by the end of October.”

12 comments on ““We punched above our weight” – Hulkenberg”