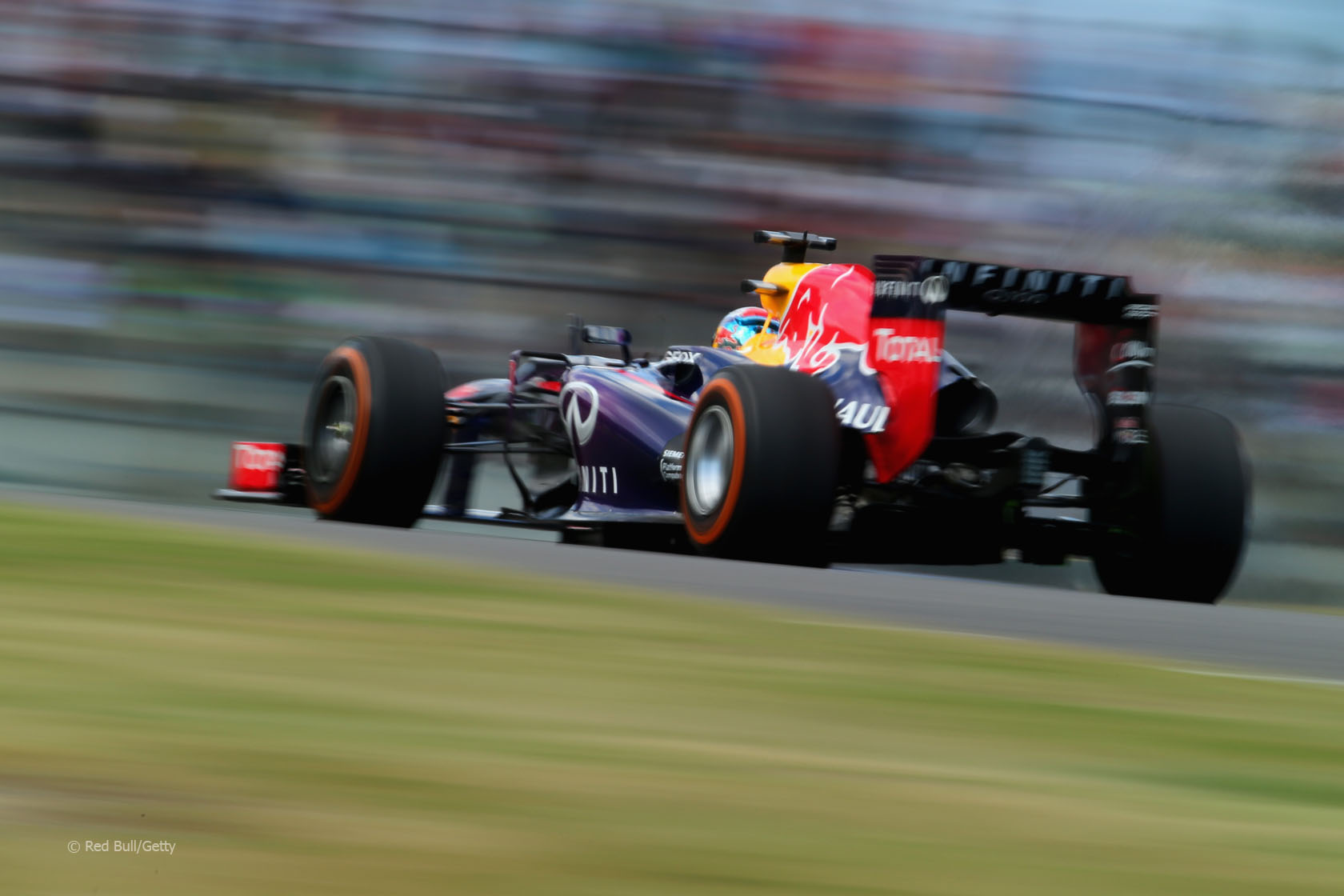 Sebastian Vettel led second practice as several other drivers had spins and crashes during the session.

Team mate Mark Webber made it a Red Bull one-two on Friday afternoon at Suzuka despite twice being held up by Force Indias.

Mercedes, quickest in the first session, could only manage third-best time with Nico Rosberg. The two Lotuses were next, Romain Grosjean behind Kimi Raikkonen after making a mistake at Degner 2 on his first flying lap.

Just 21 cars participated as Jules Bianchi was unable to participate following his crash in the first session.

Within the first half hour two drivers had joined Bianchi on the sidelines. Pastor Maldonado went off at Degner 2 as the Marussia driver had done and become stuck in the gravel.

The next driver to crash was Sergio Perez. The McLaren driver lost control of his car on the way into Spoon, making heavy contact with the barrier.

Several other drivers lost control without hitting anything. Alonso ended up pointing in the wrong direction at Degner 2 after hitting the kerb in the preceding corner and spinning. That cost him his best run on the medium tyre.

Raikkonen’s session came to an end early in his long run when he spun into a gravel trap at Dunlop corner and was unable to rejoin the circuit.