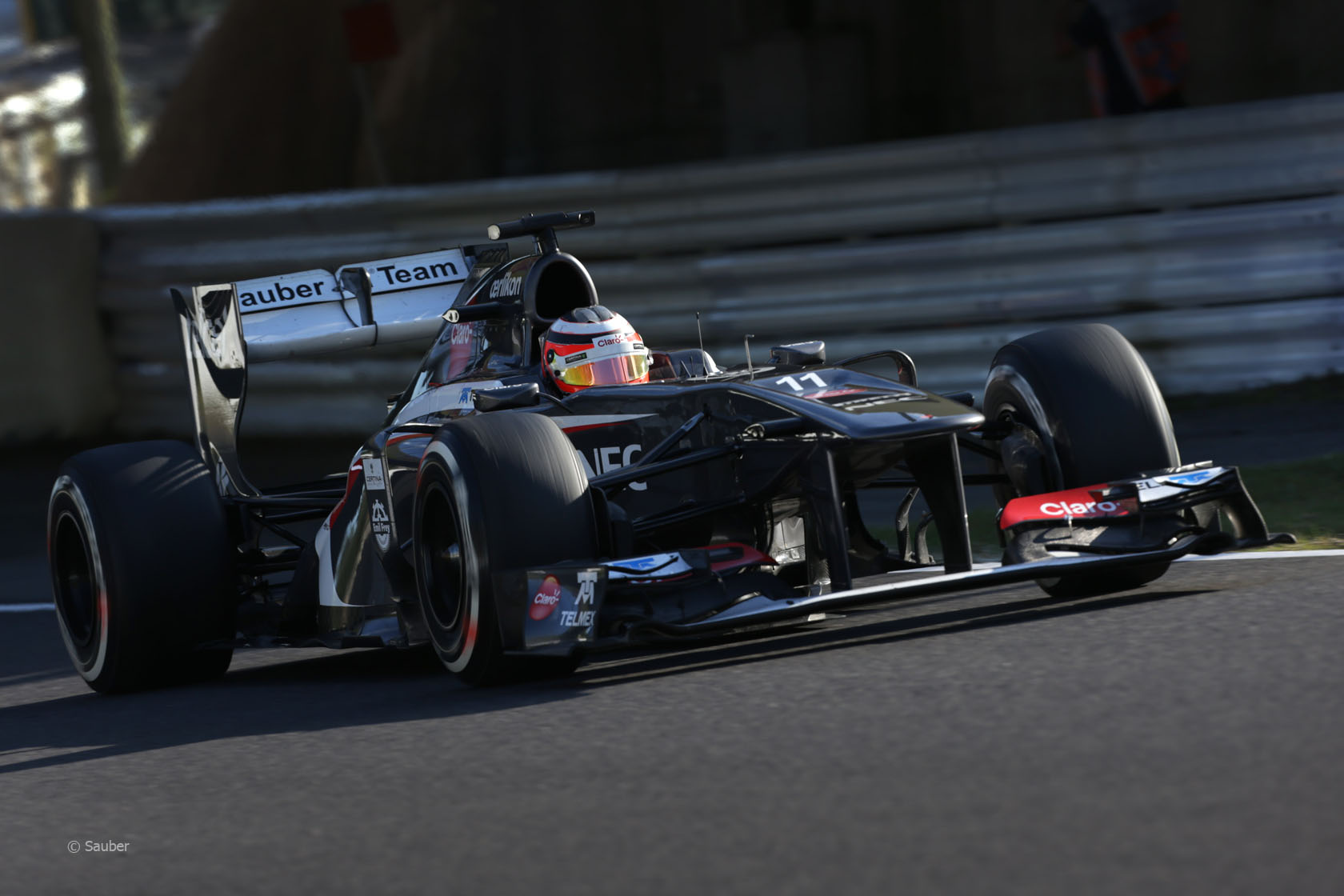 Sauber have been fined ?é?ú16,980 (?óÔÇÜ?Ľ20,000) for giving an incorrect radio message to Nico Hulkenberg which resulted in him holding up Max Chilton.

Hulkenberg was not penalised for the incident which happened at the end of final practice.

The stewards ruled that “the team of car 11 [Sauber] advised him [Hulkenberg] by radio that car 23 [Chilton] was on a ‘cool down’ lap. Car 11 was preparing for a fast lap when the driver realised car 23 was immediately behind him and tried his best to give car 23 the apex.”

“The team of car 23 [Marussia] does not believe the incident amounted to illegitimately impeding,” they added.

“However, whilst the driver of car 11 is not found to be in breach of Article 16.1(g), we determine the team to be responsible for the incident, which was potentially dangerous, by issuing an incorrect message.”

At the end of practice Hulkenberg was heard asking “What was that about, Chilton?” to which race engineer Marco Schupbach replied “Yeah we speak after”.

The stewards also gave Nico Rosberg his second reprimand of the year for driving too slowly on the track during final practice on the approach to 130R.

“Car 9 [Rosberg] slowed to less than 90kph when car 20 [Charles Pic] was closing at full speed on the straight,” said the stewards.

“The speed differential was approximately 200kph at the point where car 20 needed to decide on which side to pass. The driver of car 9 conceded that he should have more clearly indicated to car 20 on which side he could pass, by moving to one side.”

Adrian Sutil has also received a five-place grid penalty for a gearbox change after his original unit was damaged when he crashed at Spoon Curve during the final hour of practice.