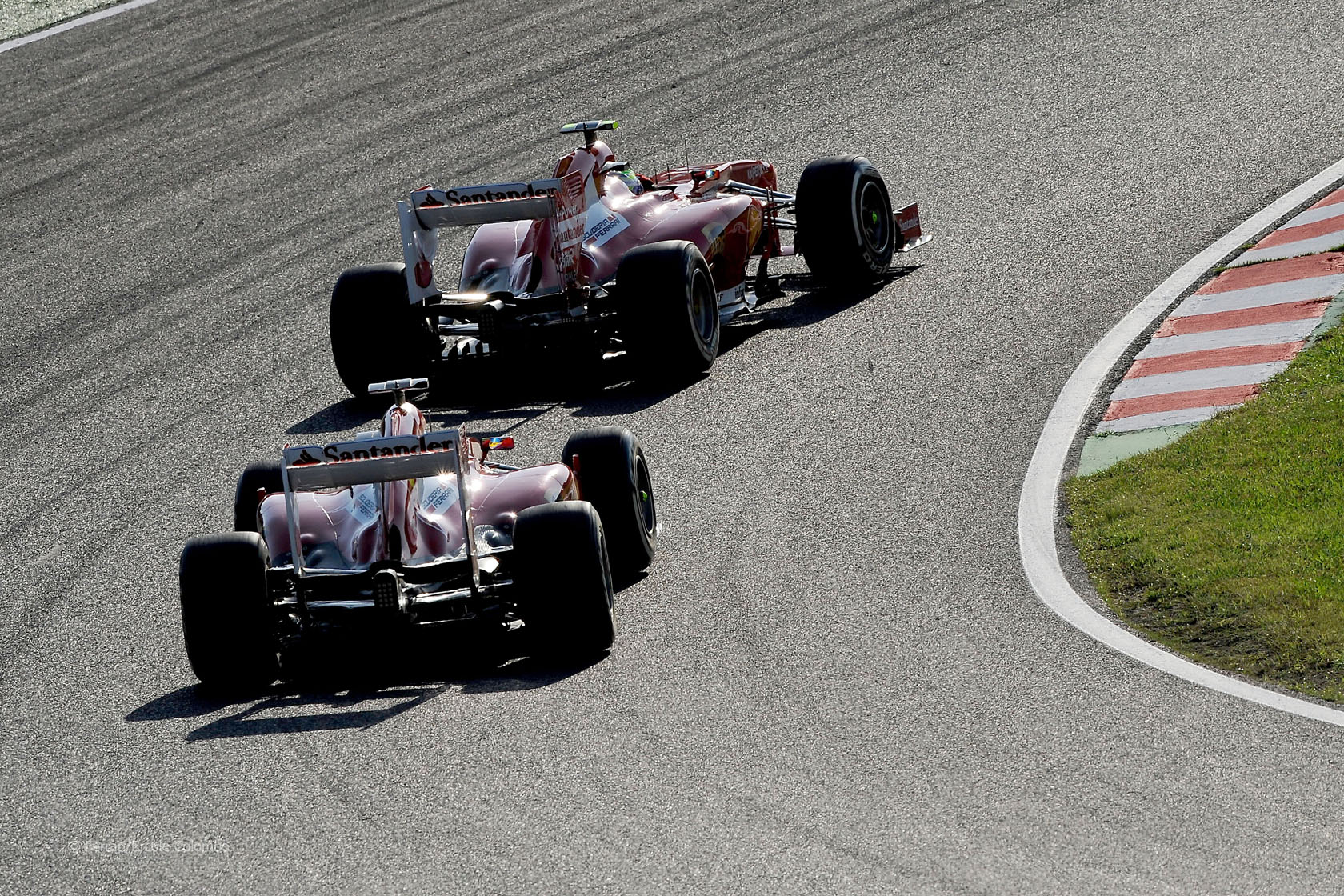 Felipe Massa’s refusal to follow an order to let Fernando Alonso past delayed his team mate’s progress and cost both Ferrari drivers a place at one point.

Alonso arrived on his team mate’s tail after passing Nico Hulkenberg at the start of the race. Massa was passed by Nico Rosberg and dropped out of the Mercedes drivers’ DRS range.

Meanwhile Alonso was pressuring his team mate, crossing the line within a few tenths of him on every lap during the first stint.

While Alonso snapped at Massa’s heels the pair came under attack from Hulkenberg. The Sauber driver made an early pit stop on lap nine and once Ferrari had reacted to it Hulkenberg jumped ahead of both their drivers.

Soon afterwards Alonso took advantage of Massa behind held up to pass his team mate, and eventually retook Hulkenberg as well.

See how this phase of the race unfolded and more with the lap chart and race chart below: