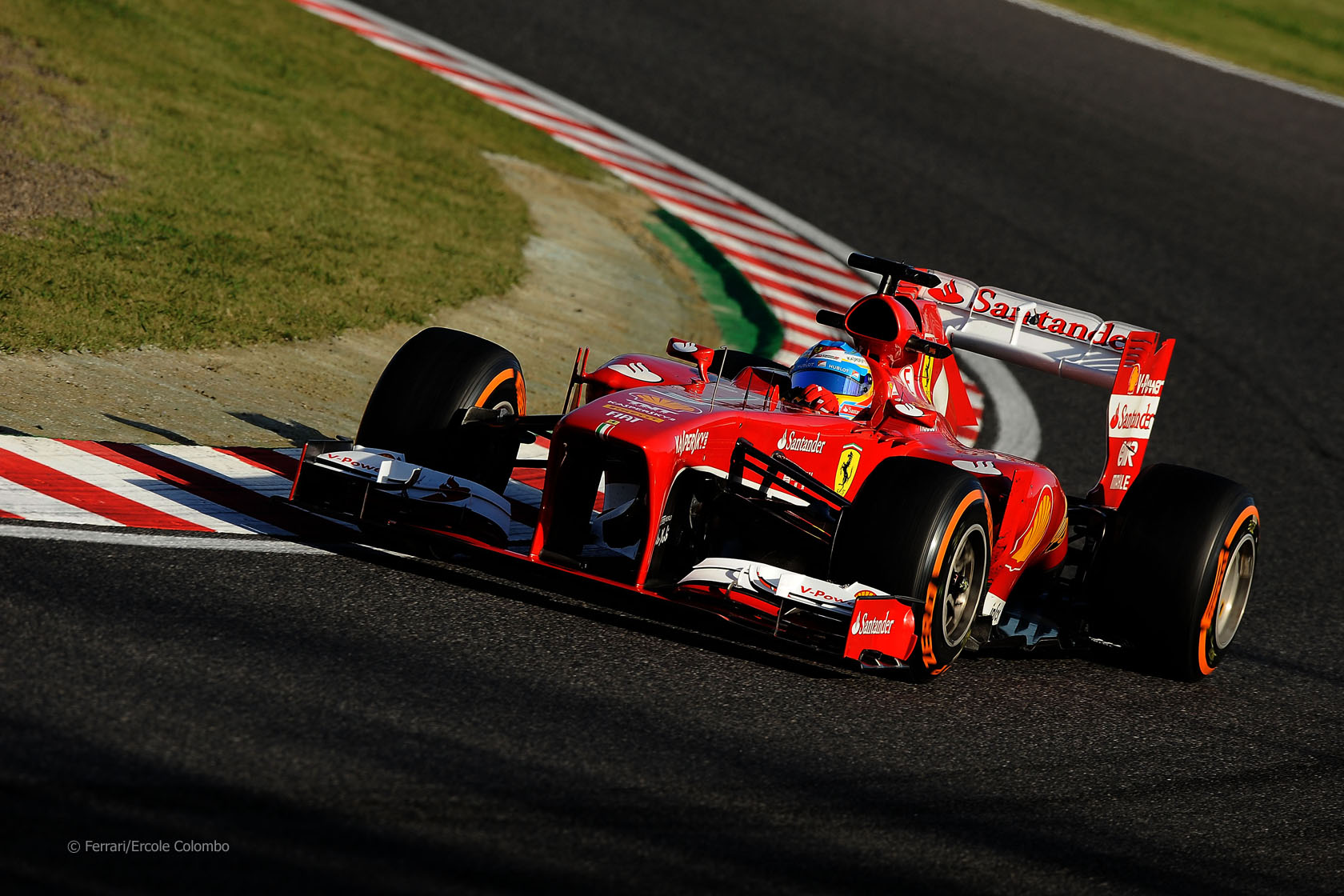 Fernando Alonso says he didn’t have the pace to finish on the podium after taking fourth place in the Japanese Grand Prix.

“It’s true that we have a lot of traffic in the race but not the pace maybe to fight with the top three,” Alonso told Sky after the race.

“They were untouchable today, both Red Bulls and Grosjean deserve to be in the podium, they’ve been a little bit quicker.

“But overall I think it was a good race recovering some of the pace that I missed in practice in qualifying.

“And important also with Mercedes’ problem today in the constructors’ championship we did some good points.”

Alonso said he was looking forward to “a new challenge and hopefully podium possibilities” at the next race in India.

“Let’s hope to come back to a more strong performance form,” he said. “We finished second in three consecutive races in Spa, in Monza and Singapore. And in Korea and Japan we struggle a little bit too much.”

“So in India the goal is to come back to three races ago and being in the podium and celebrate some of the ceremony.”