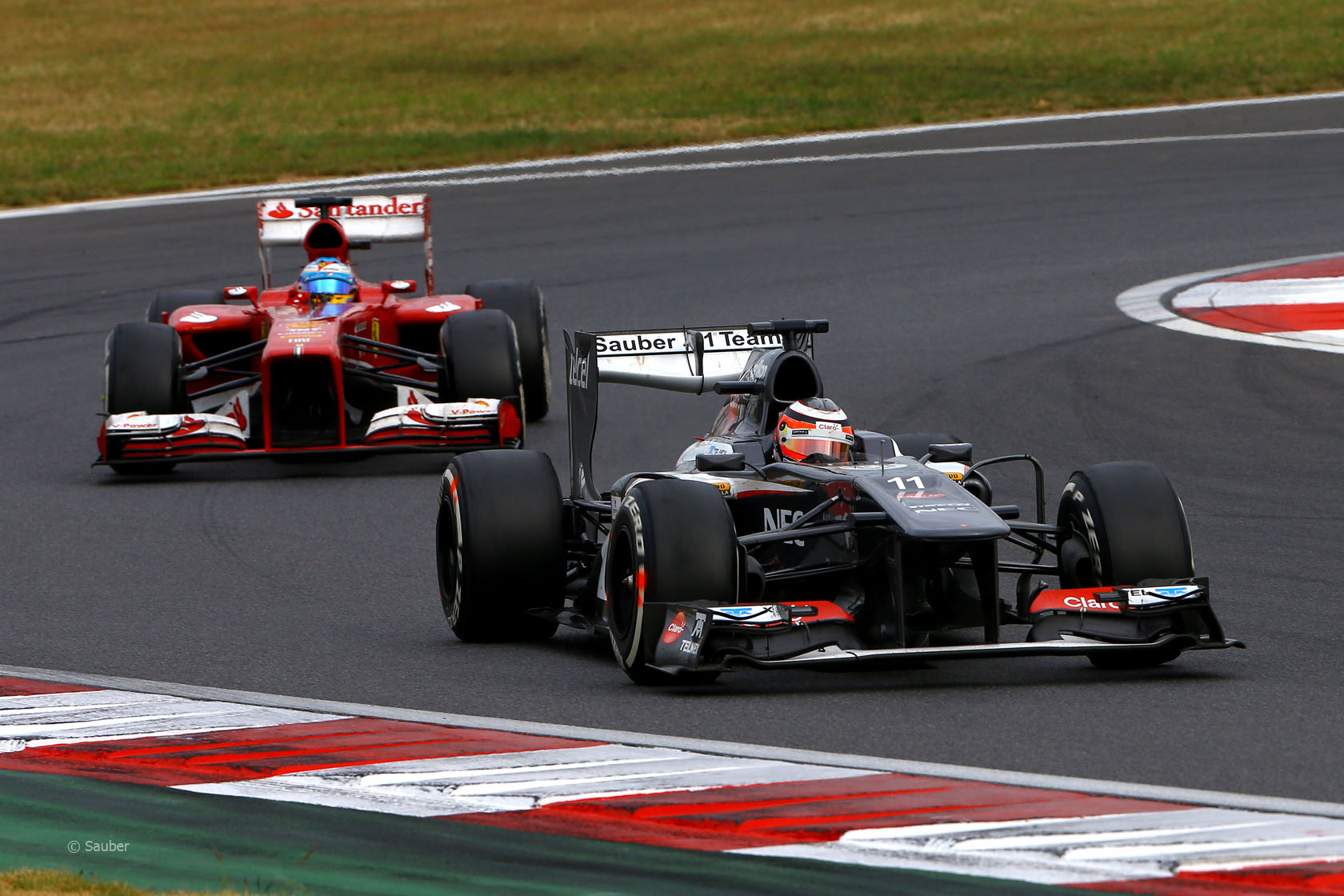 For the second time in three races Nico Hulkenberg topped the Driver of the Weekend poll, this time following his stern defence from Lewis Hamilton and Fernando Alonso during the Korean Grand Prix. Hulkenberg also won with the highest percentage of votes of anyone this season.

Sebastian Vettel made his eighth appearance in the top three this year, but perhaps even more impressive is the fact that he’s now been in the top two for the last four races.

Another driver to feature in the top three for their eighth time this year was Kimi Raikkonen who came in third.

Hulkenberg put his ever-improving Sauber an impressive eighth – which would become seventh on the grid on Saturday due to Mark Webber’s ten place grid penalty – just two tenths shy of Alonso’s Ferrari.

He made up for that at the start however, passing both Ferraris as they nearly took each other out, to end up in fifth place by the end of lap one.

The quick-thinking Hulkenberg made another place on the first safety car restart with an opportunistic move on Hamilton. While the second safety car undoubtedly aided his cause by giving him fewer laps to defend he did a fantastic job which even Alonso praised afterwards.

Hulkenberg used the superior traction and straight line speed of the vastly improved Sauber to fantastic effect to hold off three World Champions and a three-time race winner to a well deserved fourth place.

I think that the one racer who can win this is Nico Hulkenberg. It is obvious he hasn?óÔéĽÔäót the package to fight for this high position. But he used all possibilities he was given. It was Alonso-like defensive performance from Hulkenberg. There wasn’t a single mistake.

He withstood a sturdy fight with several champions plus high-quality racers such as Rosberg and Webber. He resisted like hell. What I liked most in this race is that Hulkenberg was entering the first and second corners in the same way for entire race. Even when Hamilton overtook him, Hulkenberg didn?óÔéĽÔäót change his approach to these corners and again had beautiful exit.
@Slava

He absolutely drove the wheels off that car. His defensive driving was one of the best I?óÔéĽÔäóve seen recently. He held off faster cars and punched well above his height. One of the best drives this year.
@Osvaldas31

Just incredible, as at Monza. Not as great in qualifying, but even better in the race, as he was really put under pressure for the entire length. Outstanding work by him, although judging by Gutierrez?óÔéĽÔäós great weekend the Sauber is definitely not the same it was a few months ago.
@Fixy

Another dominating performance from Vettel handed him his fourth ‘grand slam’ and his second in a row.

Vettel only needed one lap in qualifying and never looked back in the race as he escaped completely untroubled. Had it not been for Hulkenberg’s phenomenal ‘underdog’ performance, Vettel could well have had his fifth Driver of the Weekend win.

I am no Vettel fan by any means but he did his thing again this weekend and was faultless.

Hulkenberg just had the benefit of a car that had amazing traction out and good top speed otherwise he would have finished much further down. Gutierrez also kept Massa behind him for a long, long time due to the car being set up so well.
@Zippyone

It?óÔéĽÔäós easy to forget how simple he makes it look, but getting it done in qualifying again, controlling the race from the front in a weekend that he didn?óÔéĽÔäót seem to have a clear pace advantage – without drinking! – makes him the more impressive driver for me.
@Czhihong

Qualifying didn’t go to plan for Raikkonen, leaving him tenth on the grid. But with some assistance from the safety car he made his way up to third, then pulled a very close move on team mate Romain Grosjean to claim the runner-up spot.

Raikkonen had a great race. He overtook Alonso’s Ferrari and Grosjean’s Lotus on-track. Plus another car or two. And this on a track where some others were stuck behind noticeably slower cars. And then he managed to not even give a sniff of a chance to Grosjean, who was on tyres fresher by four laps.
Gollum

30 comments on “Hulkenberg takes second Driver of the Weekend win”