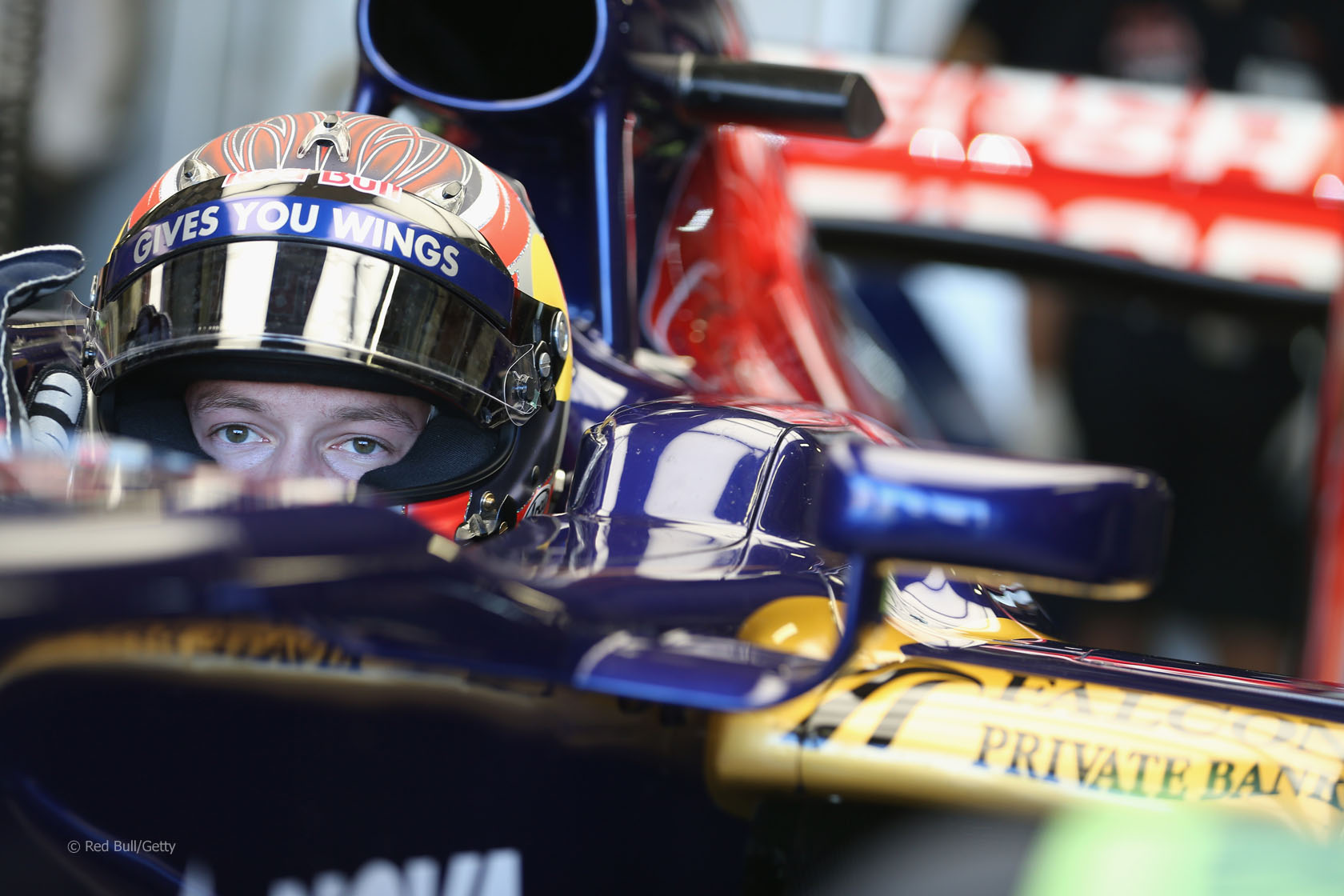 Toro Rosso have confirmed Russian driver Daniil Kvyat will race for them in 2014 in place of Daniel Ricciardo.

Kvyat will partner Jean-Eric Vergne, who remains at the team for a third season. The 19-year-old Russian driver is currently second in the GP3 category with two races remaining. He also appeared at most of this year’s European Formula Three races, winning once at Zandvoort. He tested for Toro Rosso at Silverstone earlier this year.

“We are pleased to continue our policy of bringing on drivers from the Red Bull Junior Programme,” said team principal Franz Tost.

“He impressed our team with a strong performance and very informative technical feedback at the young driver test in Silverstone. This suggests that the basic qualities from which he can progress are all in place. Daniil can be sure that we will use all our experience of training youngsters to give him the best possible start to his Formula One career.”

Kvyat said his promotion to the team was “a dream come true”.

“I want to thank Red Bull and Toro Rosso for giving me this priceless opportunity,” he said. “Ever since I began karting, I wanted to get to Formula One and now that wish will become reality next season.”

“I had a brief taste of working with the Toro Rosso team, when I drove for them at the Silverstone test and I enjoyed the experience very much. The fact I am based in Italy and speak Italian will, I am sure, help me to become part of the team very quickly.”

Kvyat will be the second Russian driver to race in F1 following Vitaly Petrov. Russia will hold its first round of the world championship next year. Sauber are also considering promoting Russian driver Sergey Sirotkin to their team for next year.

See the updated list of 2014 F1 drivers and teams