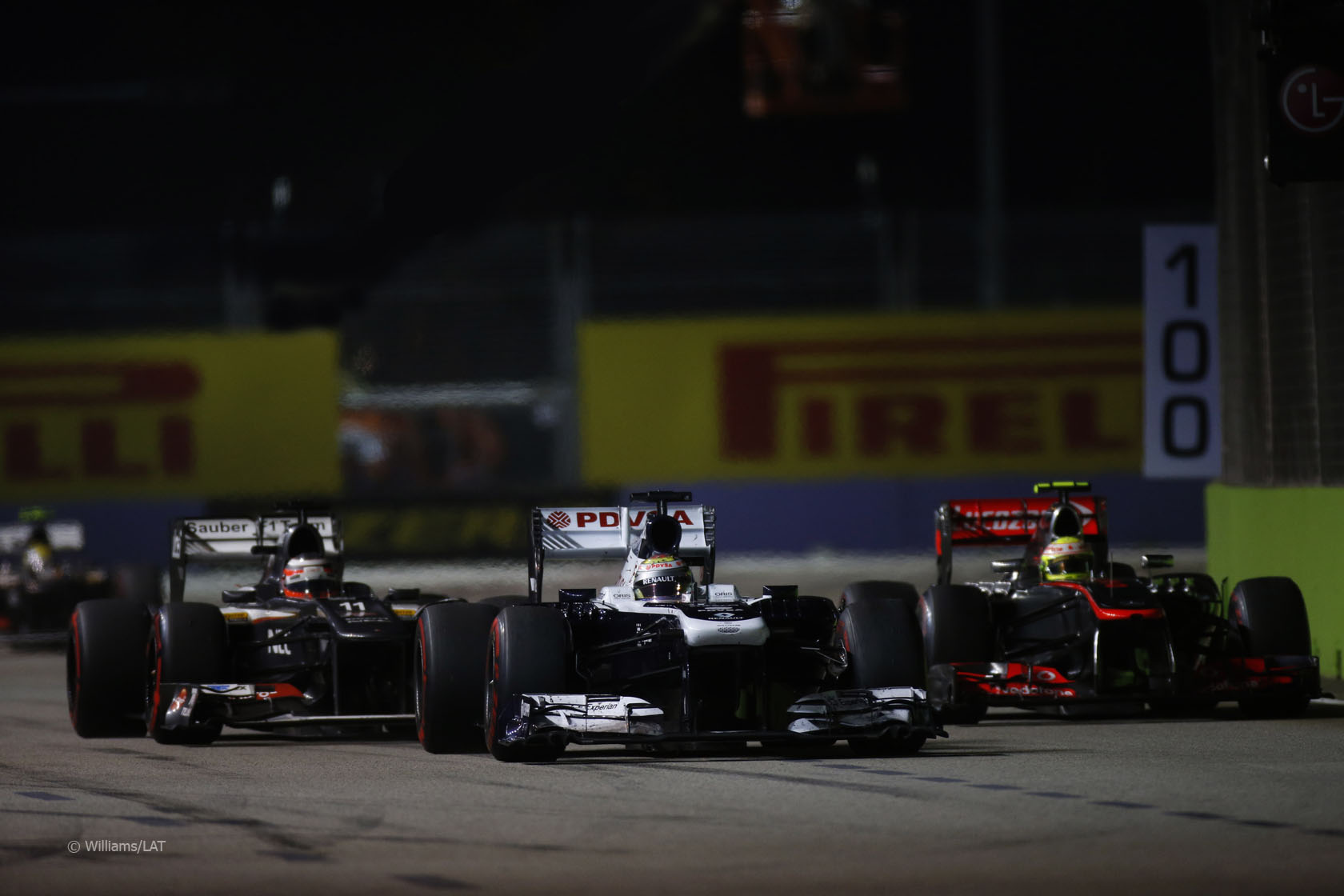 Since last year the FIA stewards have been cracking down on drivers going off the track to gain an advantage. But some drivers have been slow to acknowledge the change in approach and have picked up penalties for moves which might have gone unpunished a year or two ago.

In July last year FIA race director Charlie Whiting told stewards to “use their discretion” when judging whether a driver had gained an advantage by going off the track, which is forbidden by article 20.2 of the Sporting Regulations.

Soon afterwards Sebastian Vettel put the directive to the test – and was caught out. He was penalised for going off the track at the exit of the Spitzkehre at the Hockenheimring to keep Jenson Button behind him.

It was clear at the time that the FIA was finally cracking down on drivers abusing track limits, something which had been going on for years as tarmac run-offs replaced gravel beds and grass on racing circuits.

Since then we have seen other drivers being caught out in much the same way. In Hungary Romain Grosjean strayed outside of the track limits by just a few centimetres while passing Felipe Massa on the outside of turn four, but was handed a drive-through penalty.

Team principal Eric Boullier called it ‘a harsh penalty for a brilliant move’. Daniel Ricciardo had much the same to say after being caught out in a similar manner at Suzuka.

Ricciardo went off on the outside of 130R while passing Adrian Sutil. Where Grosjean had only strayed off-track by a tiny margin, there was no disputing Ricciardo had done so. But he felt he had been sufficiently far ahead of Sutil entering the corner not to need to give the position back.

“I was and am genuinely surprised that the stewards penalised me for the pass on Sutil,” Ricciardo said afterwards. “When my engineer told me I?óÔéĽÔäód picked up a penalty, it never crossed my mind it was for that.”

However the stewards made it clear they did not believe Ricciardo would have successfully completed the pass if he’d backed off sufficiently to make the corner. They ruled Ricciardo “left the track at turn 15 and rejoined gaining an advantage” and “the driver’s momentum after the move was not otherwise maintainable”.

Had Ricciardo realised his error immediately he could have given the place back to Sutil and not been penalised. His opportunity to do this was brief as Sutil pitted one lap after being passed by the Toro Rosso. That cost Ricciardo his chance to avoid a drive-through penalty. Nico Hulkenberg was able to take advantage of that opportunity when he was also penalised for going off the track and gaining an advantage. When the Sauber driver was told to let Sergio Perez past during the Singapore Grand Prix he was no less surprised than Ricciardo had been.

Perez had tried to pass Hulkenberg on the inside of turn seven, but the Sauber driver crossed the white line on the outside with all four wheels and stayed ahead. Luckily for the Sauber driver his team were able to instruct him to let the McLaren past.

It’s easy to be wise after the event with penalties such as this. Nonetheless it is surprising so many drivers have been caught out in this way.

After this spate of incidents drivers and their teams no longer have any excuse for not realising they risk a penalty by taking or maintaining a position by going off the track and not relinquishing it themselves.

Do you think the FIA is right to limit drivers gaining an advantage by going off the track? Should these drivers have been penalised? Have your say in the comments.