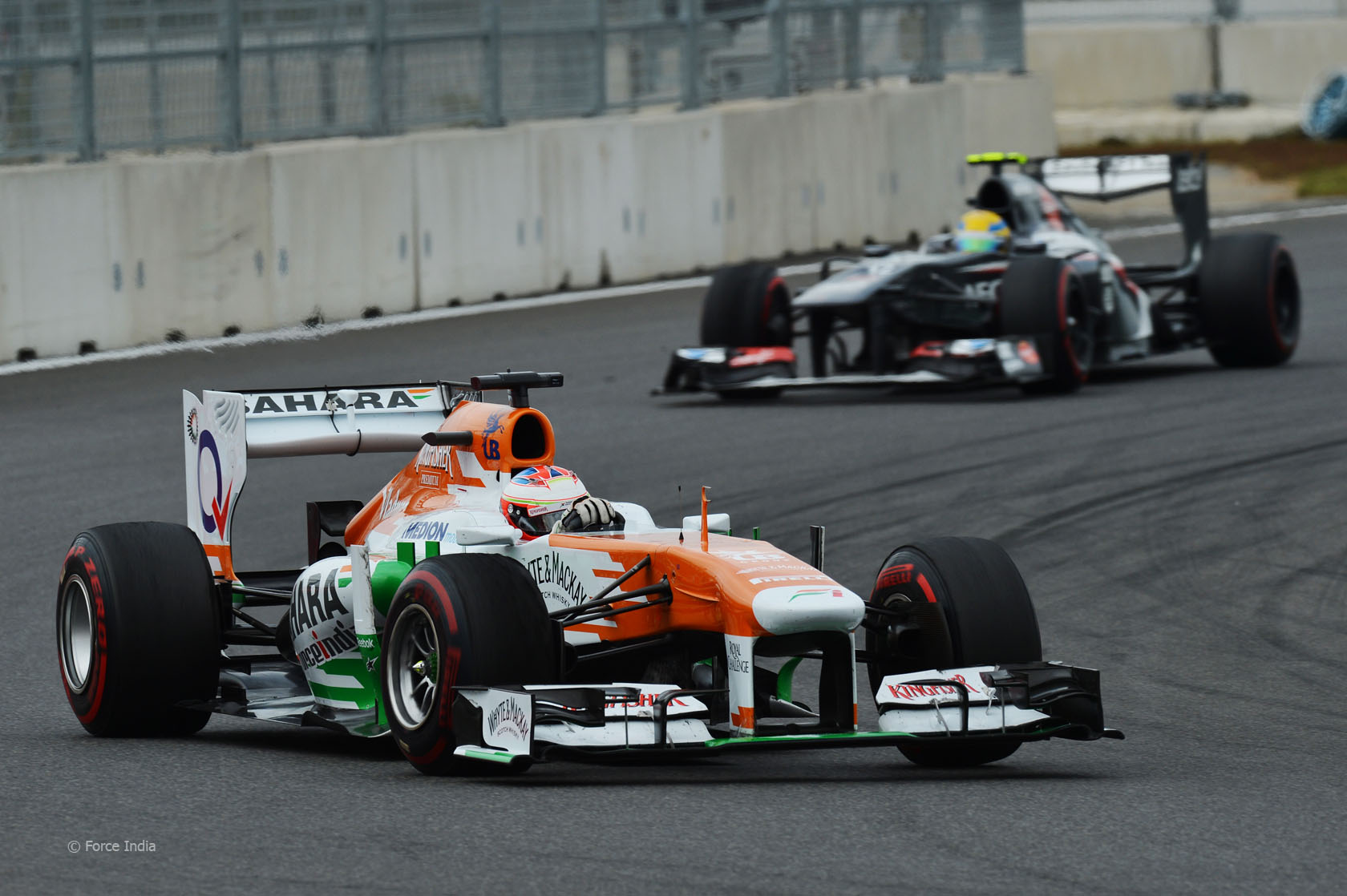 Force India co-owner Vijay Mallya expects a “real fight” with Sauber who are putting their sixth place in the constructors’ championship under pressure.

Sauber have closed to within 17 points of their rivals with four races remaining. Mallya said their rivals “have been doing a very good job lately”.

“They are the in-form team at the moment and they have been taking all the opportunities that were presented to them.

“It’s going to be a real fight in these last four races: we need to make a step forward to hold them off, because they can qualify well and they have strong race pace as well.”

Force India have only scored a single point in the last four races while Sauber have amassed 38. “The races after the summer break haven’t been very positive in terms of scoring points,” Mallya admitted, “but the morale in the team remains strong”.

“Korea and Japan were not the easiest of weekends, but everyone in the team is working really hard to recapture our early form. It’s all a matter of finding the right balance with the car – when we do that, we will be back in the points.”

This weekend is the home event for the Indian-owned team. “Our home race is always a very proud weekend for everyone in the team: the atmosphere at the track is incredible and we always enjoy plenty of support,” said Mallya.

“The track itself is one of the best in the world. It’s also a good one for us – in the last two years we scored points in both races, so a similar result would be a good target for the team.”