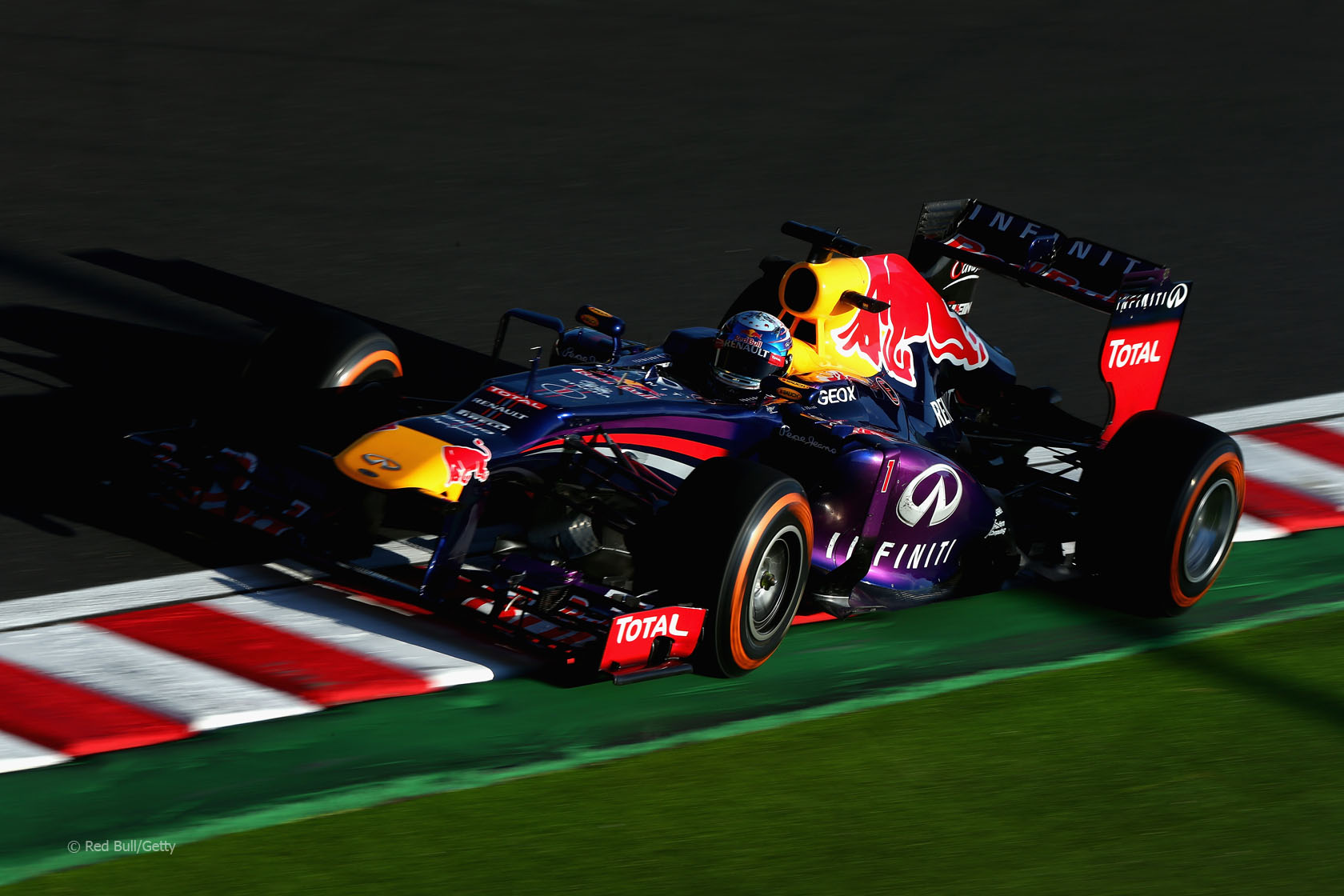 There’s a strong chance both of the world championship crowns will be won in India this weekend, three races before the end of the season.

Sebastian Vettel is on the verge of winning a fourth consecutive drivers’ title and Red Bull could do the same in the constructors’ championship. Let’s do the maths.

How Vettel can win the drivers’ title

Vettel holds a 90-point lead in the championship and needs to leave India with at least 75 points in hand to win the title.

The only driver left who can keep him from the championship is Fernando Alonso.

Here are the circumstances under which Vettel can win the championship this weekend:

How Red Bull can win the constructors’ title

Red Bull hold a 148-point lead in the championship and need to leave India with at least 129 points in hand to be declared champions again.

The only teams who can keep them from the championship are Ferrari and Mercedes.

Here’s how Red Bull can put a lock on the constructors’ crown in India:

Of course we will keep a close eye on the unfolding championship situations throughout the race on F1 Fanatic Live.

Do you think the titles will be won this weekend – or are we in for a surprise? Have your say in the comments.