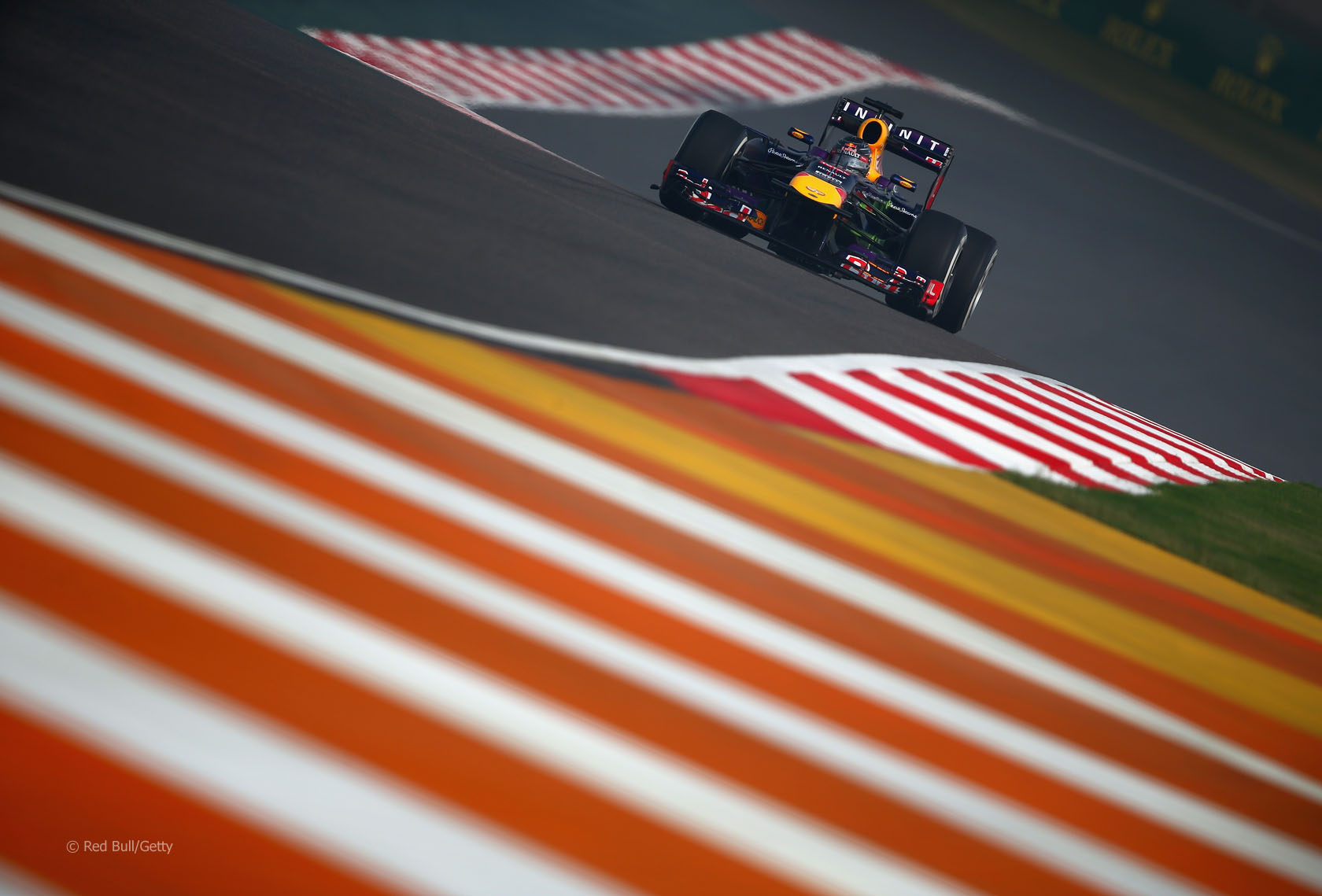 Second practice for the Indian Grand Prix had the same result as the previous five practice sessions at the Buddh International Circuit: Sebastian Vettel was quickest.

As in first practice the Red Bull drivers topped the times, with almost three tenths of a second separating Vettel from team mate Mark Webber. Vettel had a KERS problem earlier in the session as he did on Saturday in Japan.

Romain Grosjean came closest to the Red Bulls but was almost half a second slower than Vettel. Kimi Raikkonen was eighth after running wide at turn ten during his fastest lap on the soft tyres.

Lewis Hamilton and Fernando Alonso completed the top five ahead of their respectively team mates – Alonso avoiding a repeat of his first practice gearbox problems. McLaren pair Sergio Perez and Jenson Button were ninth and tenth.

Pastor Maldonado missed the final 20 minutes of running after suffering a wheel nut problem on his Williams for the second Friday running. His front-right wheel nut came off in turn five, and he had to pull to a stop before the pit lane entrance, though unlike in Japan the wheel remained on the car.