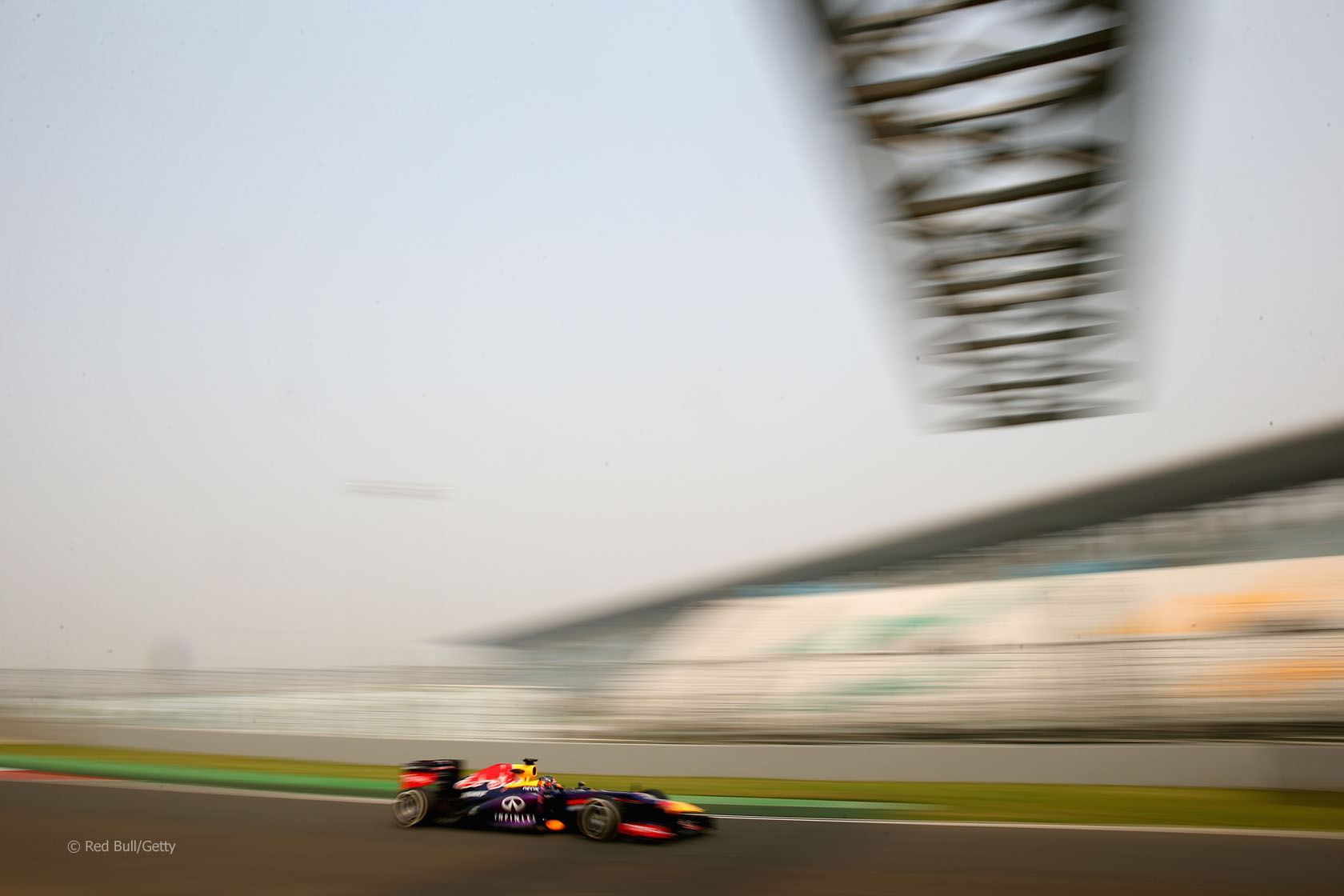 However his only remaining championship rival Fernando Alonso suffered a blow as an apparent gearbox failure forced an early end to his session. The Ferrari driver crept back into the pits without changing gear having completed just half-a-dozen laps.

Vettel’s best time, set on medium tyres, was almost a full second faster than the best time in the same session last year, when the drivers were on hard tyrs.

Mark Webber was second, less than two tenths of a second behind Vettel, with a slender gap over third-placed Nico Rosberg.

There was a large gap between the Lotus drivers, Romain Grosjean fourth on a 1’26.990 and Kimi Raikkonen 1.8 seconds down on that in 17th, indicating the the pair were on very different programmes.

Lewis Hamilton moved up to fifth late in the running after a few lock-ups earlier on. He also caused some consternation at Force India by holding up Adrian Sutil in the final few laps before the chequered flag. “I don’t know what Hamilton’s doing, he seemed to slow down every time we wanted a lap,” said Sutil’s engineer Brad Joyce.

The two McLarens appeared in the top ten along with Felipe Massa’s Ferrari, Nico Hulkenberg and Valtteri Bottas. The other Williams of Pastor Maldonado was 14th following a spin.

James Calado, the only reserve driver participating in the session, also suffered a spin at turn 15 without damaging his Force India.

23 comments on “Vettel on top as gearbox glitch halts Alonso”