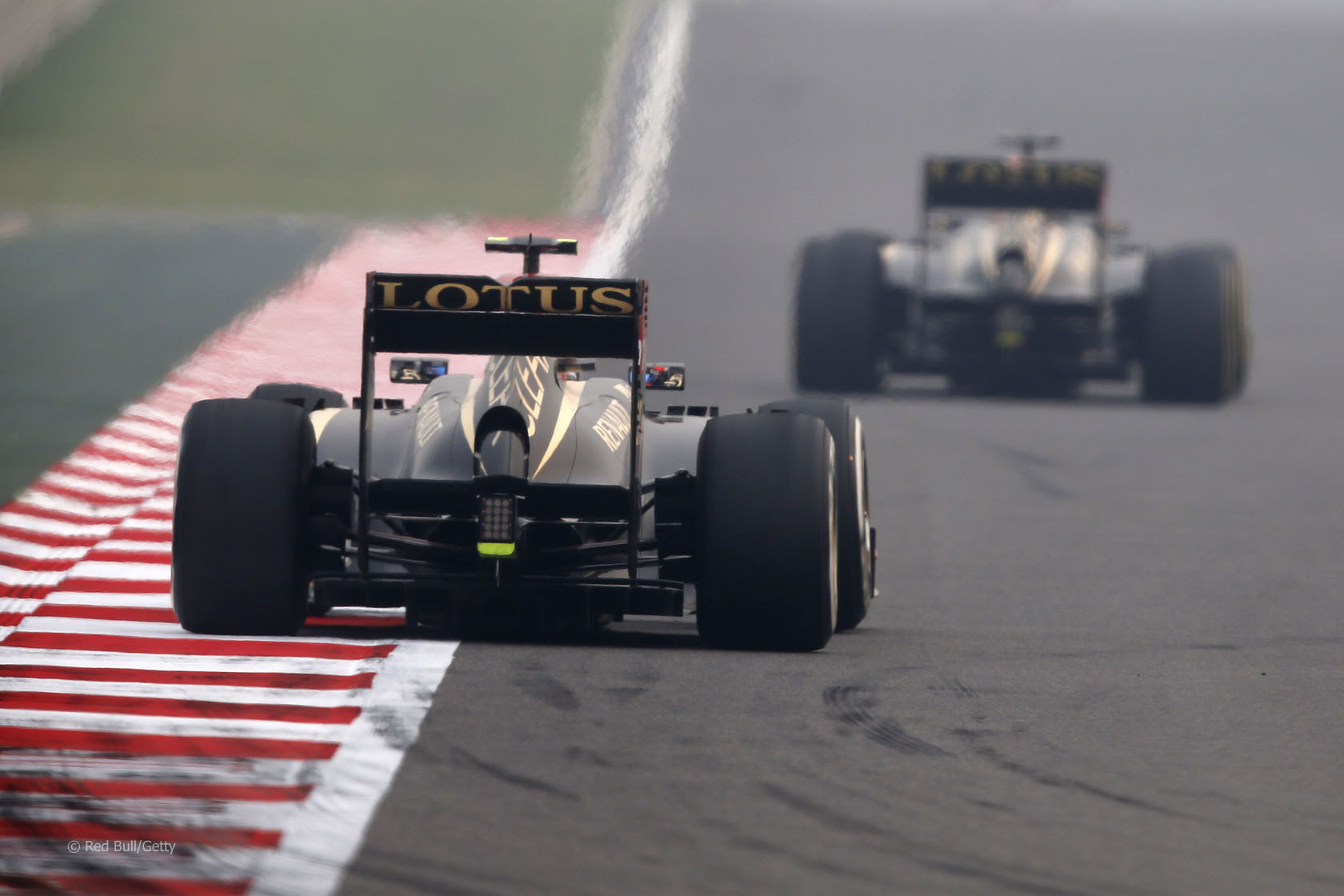 Romain Grosjean said he didn’t believe he had any chance of finishing on the podium after starting 17th on the grid for today’s Indian Grand Prix.

Asked if he thought it was possible Grosjean said: “Not at all. I wouldn’t have bet a penny on me being on the podium today.”

“But the car came back as it was on Friday,” he added. “I think the race pace was really there. We did a very brave strategy, as we did yesterday, I think it was not the time to go safe. And it paid off, we’re back on the podium, it’s quite amazing from where we started.

“I tried to go through the field and it was tough until the end, I didn’t know when the tyres were going to go off. The team did fantastic and very proud to be here.”

Grosjean caught team mate Kimi Raikkonen who was struggling with his tyres in the closing stages of the race. This led to a heated exchange on the team radio as Raikkonen defended his position from his team mate, even forcing him wide at turn four.

The team’s trackside operations director Alan Permane told Raikkonen to “get out of the ******* way”. Raikkonen responded with similar language, adding he would yield the position “when I have the chance but not in the fast corners”.

Grosjean said his team mate “was in a difficult situation”.

“I knew I had to be careful to my engine. I knew Massa had much fresher tyres behind, so I didn’t want to lose time and I lost a little bit of time.

“But never mind. The good point is we are in the podium, we score good points for the team and we still have a very strong car for the upcoming races.”

69 comments on “Grosjean “wouldn’t have bet” on podium finish”