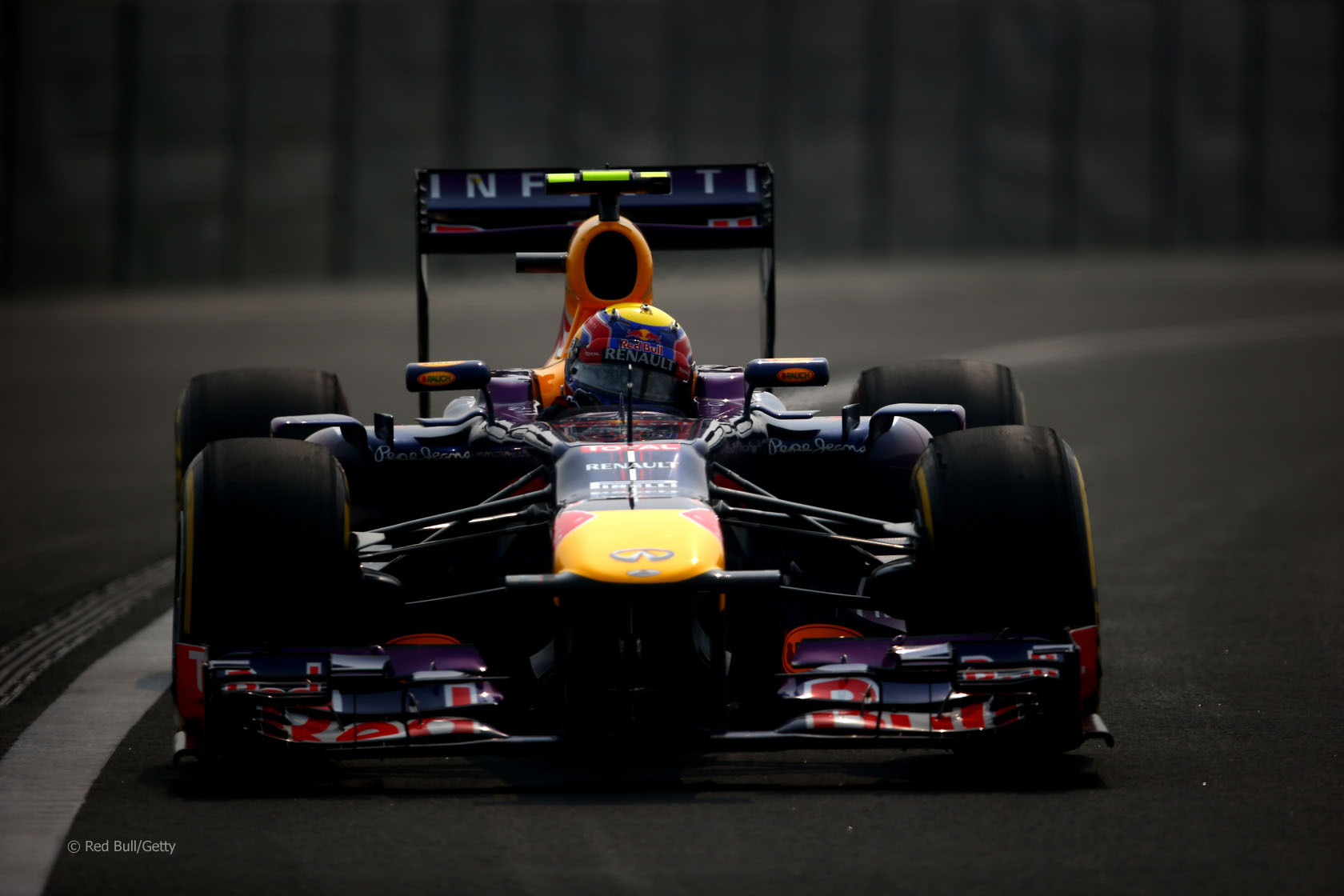 Mark Webber said he was satisfied with his strategy in the Indian Grand Prix after a mid-race switch to the soft tyres.

Webber, who questioned his strategy for the previous race, started the race on the medium tyres and switched to the softs for the middle stint. He admitted it could have been more beneficial to run the soft tyre at the end of the race, but that would have left him vulnerable.

“You’ve got to protect against a Safety Car as well,” Webber told reporters.

“You’ve got to run them for a few laps, which we did. If you put the [mediums] on and you go again, obviously you’re a little bit exposed to the Safety Car.

“It’s probably a bit nicer to put the [mediums] but it’s very smelly if a Safety Car comes out. In the end I still have a smile on my face, couldn’t do any more today so that’s it.”

Webber’s strategy became a moot point when he retired with an alternator failure in the second half of the race.

“I felt already some problems in the gearbox and I told the guys about that,” he said. “And then they thought it would clear but it looks like it’s come back.”

31 comments on “No complaints from Webber over tyre strategy”