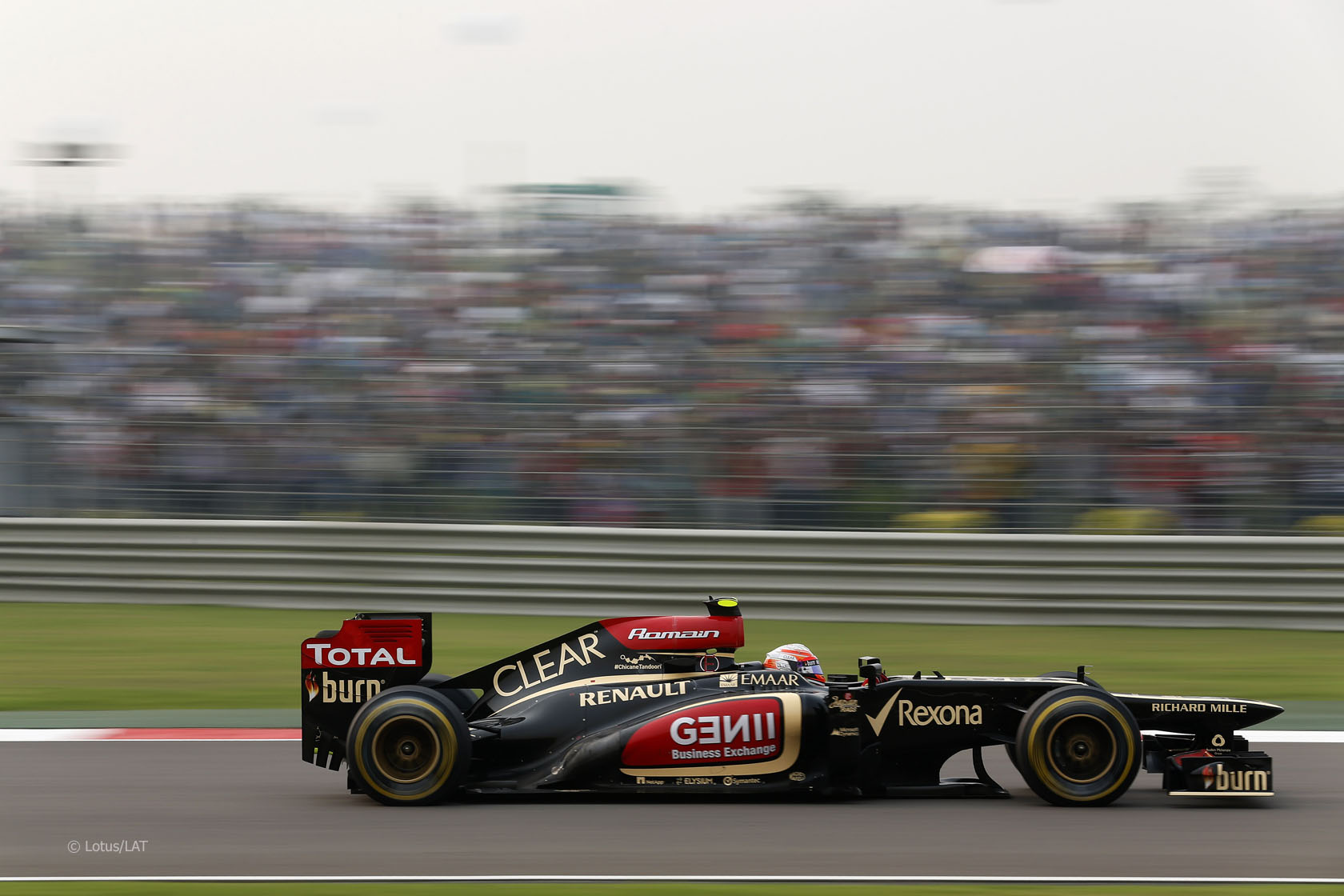 Lotus have confirmed the engine problem Romain Grosjean experienced at the end of the Indian Grand Prix was related to the one which caused his retirement in Singapore.

Grosjean was told to short-shift his gear changes and said afterwards he was having to look after his engine during the final laps of Sunday’s race.

Lotus trackside operations director Alan Permane said the team are working with engine supplier Renault to get to the bottom of the problem.

“The issue seems to be a repeat of the one we faced in Singapore where a leak in the pneumatic system caused a loss of air pressure. Fortunately, we know exactly what we have to do to fix it and Romain?óÔéĽÔäós engine has gone through the correction process put in place after Singapore.

“Our engine partners are also checking ?óÔéĽÔÇŁ and double checking – every single race engine at Abu Dhabi to ensure that the same problem does not reappear.”

Grosjean finished third in India despite his engine problem. He and team mate Kimi Raikkonen still have one unused engine remaining from their original allocation of eight units for the season.