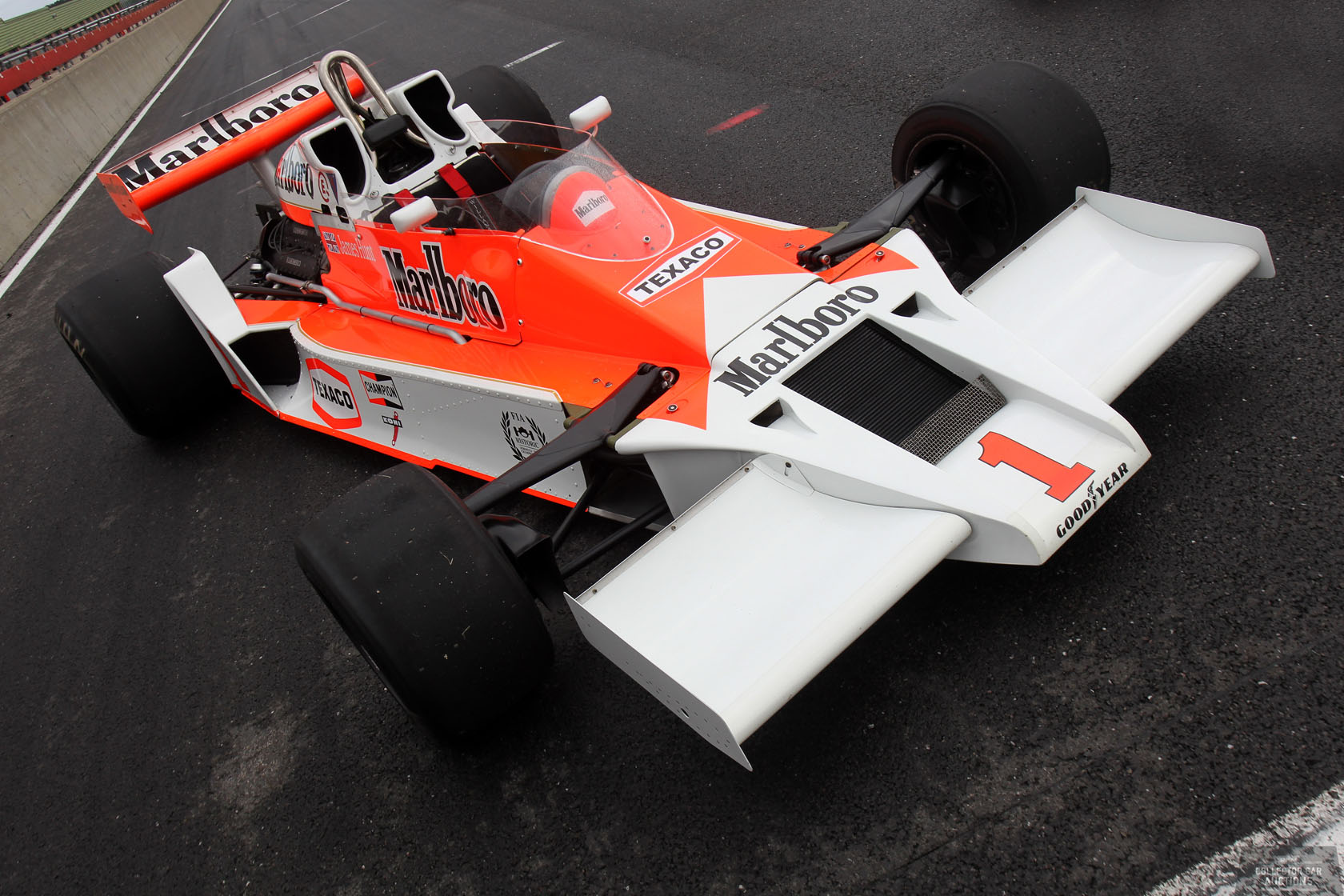 The car James Hunt raced to his last ever Formula One victory is set to go on sale on at auction.

Hunt’s final victory came at Fuji, the scene of the thrilling conclusion to the championship in pouring rain the year before. That should have been his third win in a row, as he had also taken victory at Watkins Glen two races earlier.

In the intervening race at Mosport, Hunt was on course for victory after taking the lead from Mario Andretti. But he then crashed out while trying to lap team mate Jochen Mass. A furious Hunt shook his fist at Mass for several laps, then punched a marshal who tried to prevent him from crossing the track.

The Ford Cosworth-powered M26 took until the latter stages of the season to become competitive. McLaren ended the season third in the points standings behind Ferrari and Lotus.

The car, chassis number three, will be sold on Saturday at the RK Motors Collector Car Auction at the Emirates Palace Hotel near the Yas Marina circuit which hosts this weekend’s round of the championship.

If you’re in the market for a used F1 car you should know Michael Schumacher’s 1997 Ferrari F310B is also up for sale.