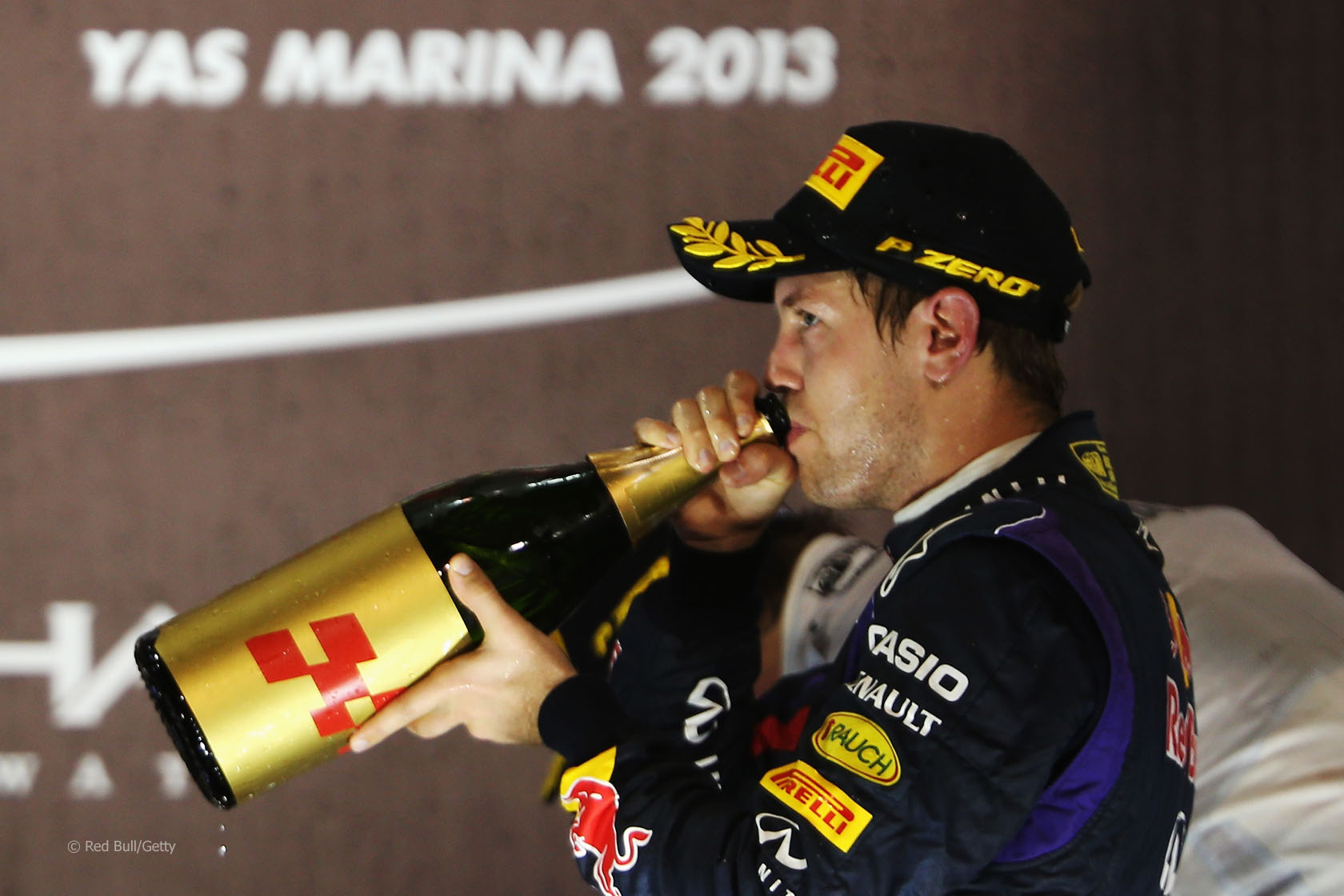 In the round-up: Sebastian Vettel doubts moving to another team would convince more people of his place amount F1’s greats.

“Even if I go to another team I will still have people who doubt or don’t like who I am and what I do.”

“I’m ambitious and I want to win, and if there is a chance to win I want to take it.”

“His official duties were a press conference and a photo session but really the reason for coming was to say thank you to everybody who’s worked very hard to build the car that’s just won seven races on the bounce. Most people working for the team never go to a race. In fact many of them rarely see daylight (especially at this time of year) because the schedule of delivering new parts and improving the car every single week is flat out vicious. Seb doesn’t get to say hello during the normal course of events.”

“Asked by Philip Marshall QC, for Constantin Medien, why he had not revealed the payments to the F1 board, Mr Ecclestone said: ‘I didn?óÔéĽÔäót need to tell them. I told them I didn?óÔéĽÔäót know anything about the matter…'”

“‘What I paid [Gribkowsky] was a very small amount, what I call an insurance policy,’ Ecclestone told a hearing at the High Court in London, calling it ‘quite a cheap insurance policy’.”

“It was not because of tyres – [Fernando Alonso] wasn’t able to win for a number of reasons. If they didn’t use the tyres properly, it’s not our fault.”

Pirelli motorsport director Paul Hembery: “We know that we need to make compounds more mechanically robust, but of course we can?óÔéĽÔäót go to the extreme where there is no grip. It will need a delicate balance.”

Pat Fry: “Pedro [de la Rosa] has made a great contribution to the efforts we have made in that area and I think things have come on quite a lot.”

“Few expect the New Jersey event to ever take place, appealing though it is as a concept. Having been scheduled and then dropped for the past two years, it is looking ever less likely that the combination of lack of funding, piles of red tape, and necessary construction work are obstacles that will ever be overcome.”

“In the days of more robust tyres, Webber was a master at maximising the braking grip and he remains slightly faster than Vettel through the high speed bends – a point that Vettel himself acknowledges. But Webber’s all-out aggressive driving style has been punished hard by the more subtle requirements of the Pirellis.”

Was Adrian Newey’s claim about some teams being “lucky” the tyres suited them at the start of the season a fair point?

I?óÔéĽÔäóm inclined to fall in with Newey?óÔéĽÔäós line of thought, I don?óÔéĽÔäót think anyone knows these tyres well enough in advance to rely on anything more than luck for the early success they had. We?óÔéĽÔäóve seen it each year with Pirelli, it takes the majority of teams many months after having tested and raced on them to get them under control. Yet we expect some teams were on top of them when they finalised their designs in December the previous year?

Maldonado?óÔéĽÔäós win in Spain last year sums it up well enough for me, there?óÔéĽÔäós a window of performance with the Pirellis that you can just stumble into and look like a genius for short periods of time, and I know they work hard, but there has to be some luck involved if you just plop straight into that window from the get go. I think that is all Adrian is saying.
LoudHoward

It also marked the end of four-times world championship Alain Prost’s F1 career. Prost finished second to Senna and joined him on the podium with team mate Damon Hill in Adelaide.