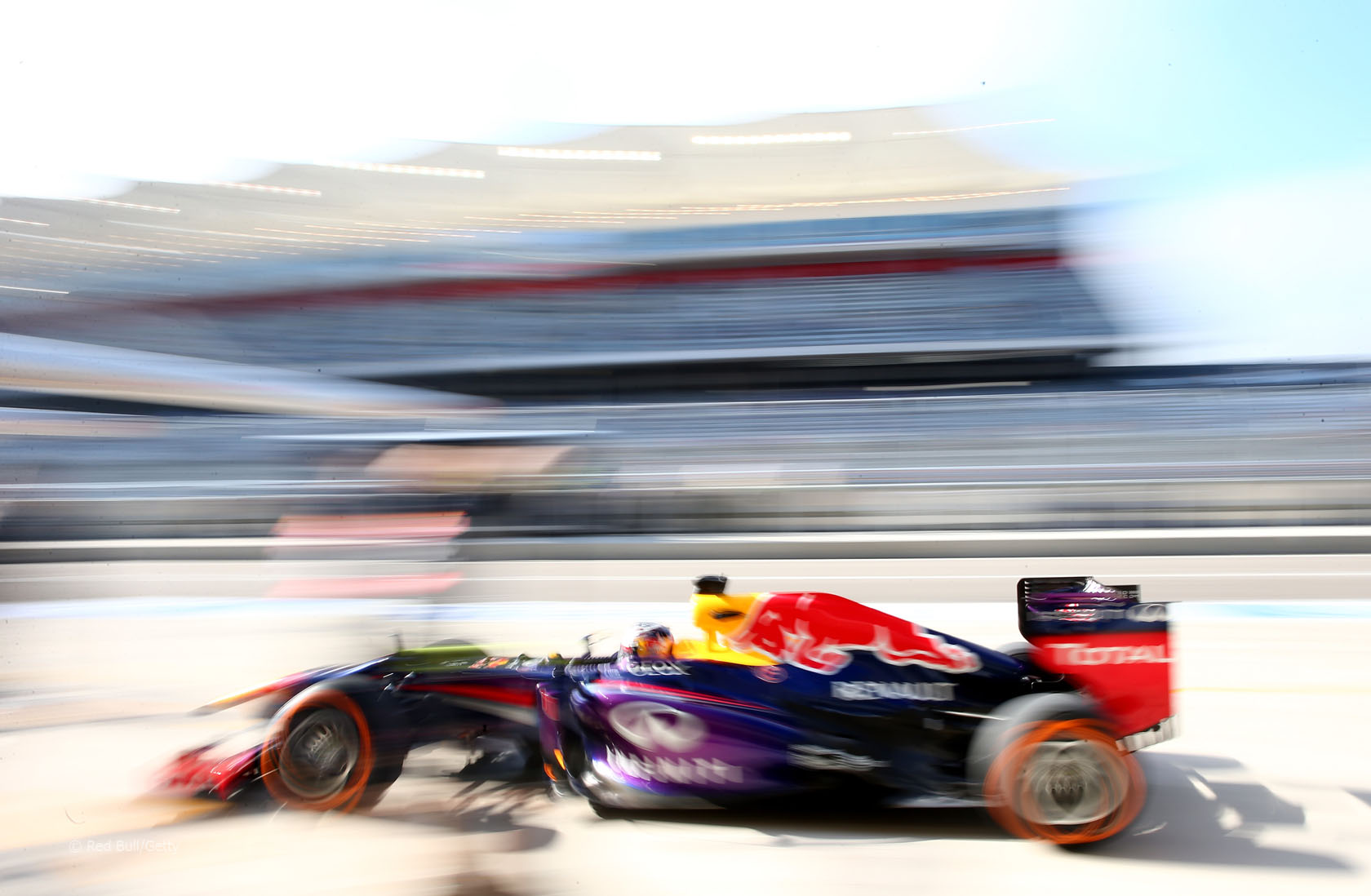 Sebastian Vettel remained quickest in final practice for the United States Grand Prix, improving his time from yesterday by over half a second.

Team mate Mark Webber made it one-two for Red Bull while a late lap from Lewis Hamilton on the softer medium tyres moved him up to third place.

Before the drivers began their medium tyre runs Valtteri Bottas had held a strong third place for Williams. He slipped back to ninth in the final minutes, saying he found little improvement from his car on the softer rubber.

However he remained in front of both Ferraris, both of which were outside the top ten as practice drew to a close. Felipe Massa said the car was “completely too slow” and languished in 17th place despite a clean lap.

Nico Hulkenberg was a strong fourth for Sauber ahead of Romai Grosjean’s Lotus. The latter was over half a second quicker than new team mate Heikki Kovalainen, who ended practice in 13th place.